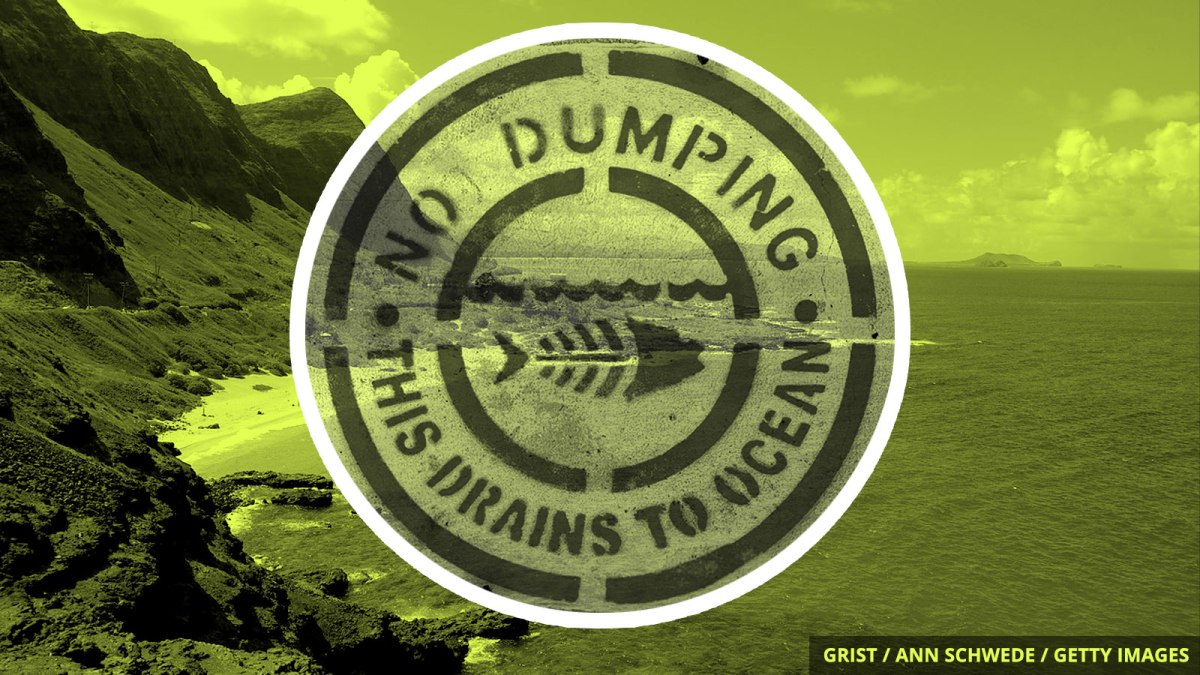 Let’s say a traveler flies in a plane from London to Baltimore, then hops on a train to Washington D.C., then takes a cab the last few miles to her final destination in Arlington, Virginia. The driver asks her where she’s coming from. What should she say? Europe? Maryland? Union Station? All three?

This is not a riddle with some trick answer. It’s the same kind of conundrum that was presented to the Supreme Court last week as part of a case with major implications for the Clean Water Act. The “traveler” in question is sewage, discharged from a Maui wastewater treatment plant, that drains into the Pacific Ocean via roughly half a mile of groundwater. But since the plant isn’t dumping the waste directly into the ocean, a body of water protected under the Clean Water Act, should it be required to have a permit?

No, argued the Trump administration — siding with the county’s stance that no permit was necessary due to the groundwater intermediary. But on Thursday, the Court ruled 6-3 that the permitting requirements should apply in cases where there is “the functional equivalent of a direct discharge.” The Maui case will be returned to a lower court for reconsideration under this standard.

The environmental groups suing Maui County are calling the decision a victory. “The Supreme Court has rejected the Trump administration’s effort to blow a big hole in the Clean Water Act’s protections for rivers, lakes, and oceans,” David L. Henkin, a lawyer with Earthjustice, told the New York Times.

The COVID-19 pandemic has imposed a three-week pause on a yearlong international climate science expedition in the Arctic. Due to travel restrictions that make resupplying by aircraft impossible, the expedition ship is set to leave its position in the high Arctic this week to go on a supply run.

U.S. Treasury Secretary Steven Mnuchin announced that he is considering a lending program to bail out oil companies seeking aid to recover from plummeting oil prices. The industry has been begging the federal government for assistance, widening the partisan feud between the GOP and Democrats who oppose helping the industry.

The U.S. Securities and Exchange Commission has proposed new rules that would make it harder for investors to challenge corporate policies at annual shareholder meetings. Shareholder activists, who have been pushing companies like ExxonMobil and Chevron to take climate action, see the proposed rule as an attack on investor rights.