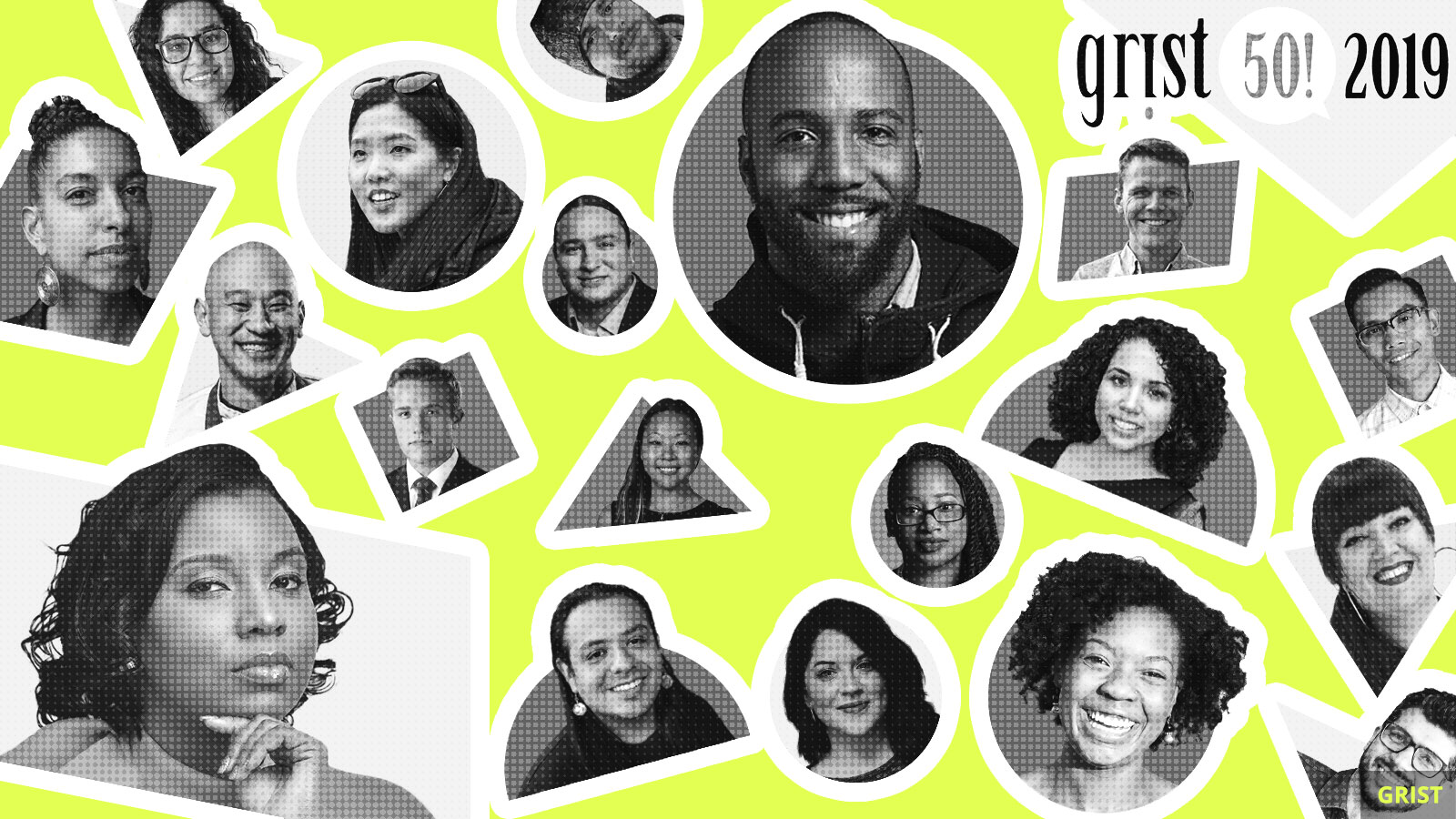 Every year, Grist searches the country to find 50 emerging leaders making big changes in the world — you know, the kind of hopeful efforts we highlight in The Beacon. We received nearly 1,200 nominations this year (a lot of hope for one spreadsheet!). We combed through them all to bring you a list that shows what a vibrant sustainability movement looks like.

What kind of inspiring folks can you expect to see?

Some of them were themselves picked by inspiring folks (how meta!). This year’s guest nominators included the activist Rev. William J. Barber II; the founder of Zero Hour, Jamie Margolin; the climate scientist Kate Marvel; and comedian Aparna Nancherla.

Go ahead already — read about the reasons to be excited about the future. We’ve got 50.

White people produce more than their fair share of air pollution in this country. A study out yesterday in the Proceedings of the National Academy of Sciences looked at how much fine particle pollution different races produce, based on their living habits. Non-Hispanic whites are exposed to 17 percent less pollution than they produce, while Hispanics breathe in 63 percent more.

Some of the country’s well-known native forests are having a hard time growing back after wildfires, according to another study in the same journal. Douglas firs and ponderosa pines are struggling to bounce back. That’s tied to climate change, the authors say, because higher temperatures dry out the soil and air.

Yes, we’re on a fast track to planetary collapse, but the world isn’t finished guzzling oil just yet. The International Energy Agency says it doesn’t foresee demand for oil flattening out for at least the next five years. “There is no peak demand on the horizon,” the group said in a report on Monday. It was nice knowing you, Earth.