It’s Thursday, November 1, and a bunch of comedians came together to get you to care about climate change. 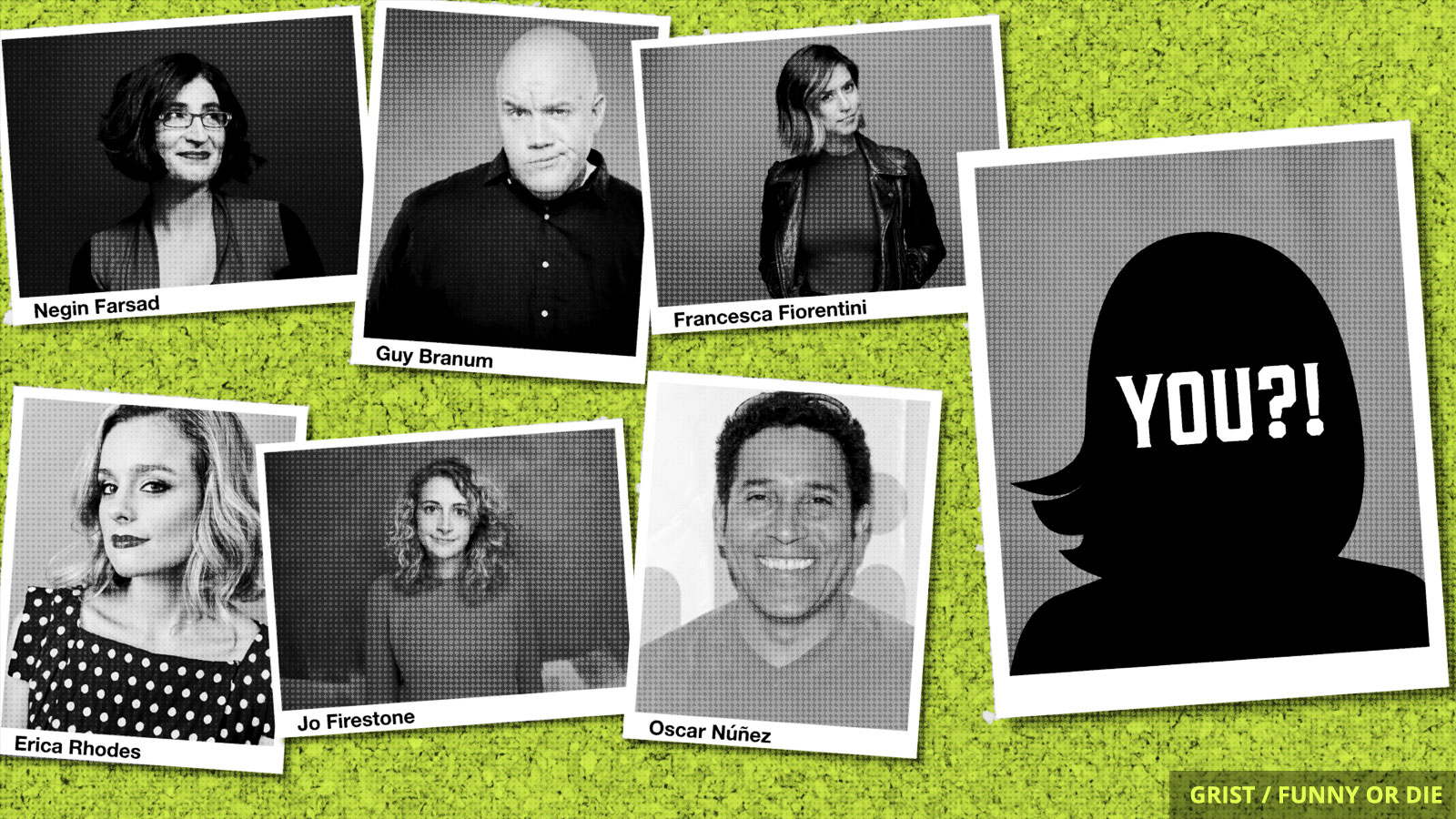 The comedy video website Funny or Die teamed up with a bunch of comedians, politicians, and community leaders for a 7-part series on climate change.

The New American Road Trip is hosted by comedian and activist JC Coccoli — you may have seen her on Key and Peele and E’s Chelsea Lately — and features a bunch of other comedians (Oscar from The Office, anyone?) along with California’s Governor Jerry Brown and the former mayor of New York City, Michael Bloomberg. Nikolaj Coster-Waldau (aka Jaime Lannister) from Game of Thrones even makes an appearance!

In the pilot episode, Coccoli wakes up in a feverish sweat, having just dreamt of climate catastrophe. “Humans are killing the planet,” she says. “And I’m complicit as f—!” She proceeds to start tweeting @MotherEarth.

Coccoli then jumped in an electric car and embarked on a cross-country tour to highlight problems tied to climate change and also showcase the wide range of opportunities spurred by the renewable energy boom. The trip began on September 14 in California, right after the historic Climate Action Summit, and ended 12 days later in New York City for Climate Week.

One of the other comedians who participated in the trip, Eric Rhodes, said in a press release, “Things must be really bad if they are getting comedians to help!”

The New American Road Trip goes live today! You can check out the first episode here.

Oceans are warming 60 percent more every year than official Intergovernmental Panel for Climate Change estimates, according to a study out Wednesday. Warming oceans mean more intense hurricanes and extreme weather events, the death of aquatic organisms, and the death of coral reefs.

In Florida, heat is a major public health problem, and it’s getting worse. A new report found that the excessive heat that comes with climate change will put Florida’s outdoor workers at severe risk. Just this past summer, it was too hot for at least an hour every day for Floridians to engage in heavy labor, according to The Miami Herald.