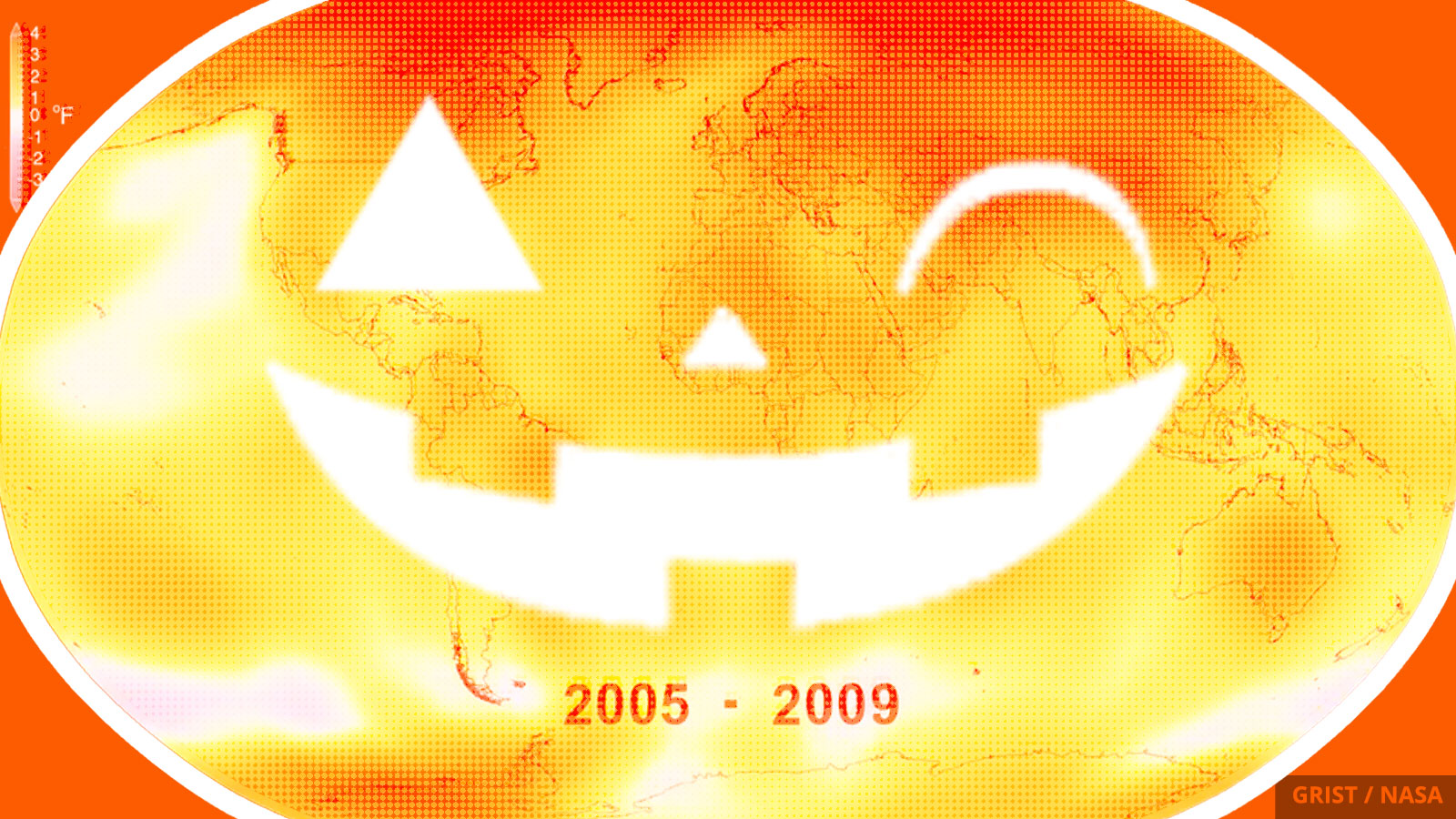 Meet this year’s Halloking of renewables: North Carolina Governor Roy Cooper. He signed an executive order this week that compels North Carolina state agencies to start incorporating clean energy, energy efficiency tactics, and zero-emission vehicles in their operations. The goal is to cut greenhouse gas emissions 40 percent below 2005 levels by 2025.

What’s with the new goal? Well, when he announced the state’s new emissions target, Cooper mentioned that Hurricane Florence was the second 500-year flooding event to batter the state in the past two years. (That means it has a 1 in 500 chance of occurring in any given year, based on really old flood maps.) Spooky stuff! “With historic storms lashing our state, we must combat climate change, make our state more resilient and lessen the impact of future natural disasters,” the governor said in a statement.

The executive order commits N.C. to its goals under the Paris Agreement — 17 other states, from Colorado to California, have already made similar commitments. That’s great news because right now, we’re headed for a global warming scenario that makes the planet look like a haunted house.

The executive order requires the state to come up with a clean energy plan that includes renewables and better energy storage. It also requires the state’s Department of Transportation to outfit the government with zero-emissions cars. Every single cabinet agency in N.C.’s government now has to take climate change into account when planning policies and programs.

Clearly, Cooper wants Halloween to be the only scary event North Carolinians have to live through every year.

Last month Puerto Rican officials, including Governor Ricardo Rosselló, announced that they had completed a new hurricane preparation plan, devised in the wake of Hurricane Maria’s deadly toll on the territory. However, the AP reports that a lawsuit seeking to force the island’s government to release details revealed that there are no finished plans specific to hurricanes. “As of today, they don’t exist,” said Tania Fernández Medero, an attorney representing the Puerto Rican government, in a San Juan courtroom on Tuesday.

For more than a year, officials in Newark, New Jersey, have denied that the city’s water is contaminated by lead. But the New York Times reports that measures to prevent lead from leaching into the drinking water are failing at two of the city’s treatment plants, according to a recent study. In 2016, a quarter of the city’s children under 6 tested for higher than normal levels of lead.

The Justice Department is investigating Ryan Zinke’s use of his office as Interior Secretary for personal gain. This past summer, the cabinet department’s Inspector General began looking into a meeting Zinke had about a land development project near his family’s foundation. CNN reports that the internal investigator is also looking into whether the boundaries of Utah’s Grand Staircase Escalante National Monument were redrawn to benefit a local politician.

Jamie Margolin isn’t your typical teen. At the age of 15, she launched a global climate movement for young people out of her Seattle home. One year later, this past July, the organization Margolin helped found, Zero Hour, held its first climate march on the Washington Mall. Watch Grist’s short doc about the young movement.

Trump tried to take our climate goals away from us, but the joke’s on him