It’s Wednesday, October 9, and cities around the world are making their own Green New Deal. 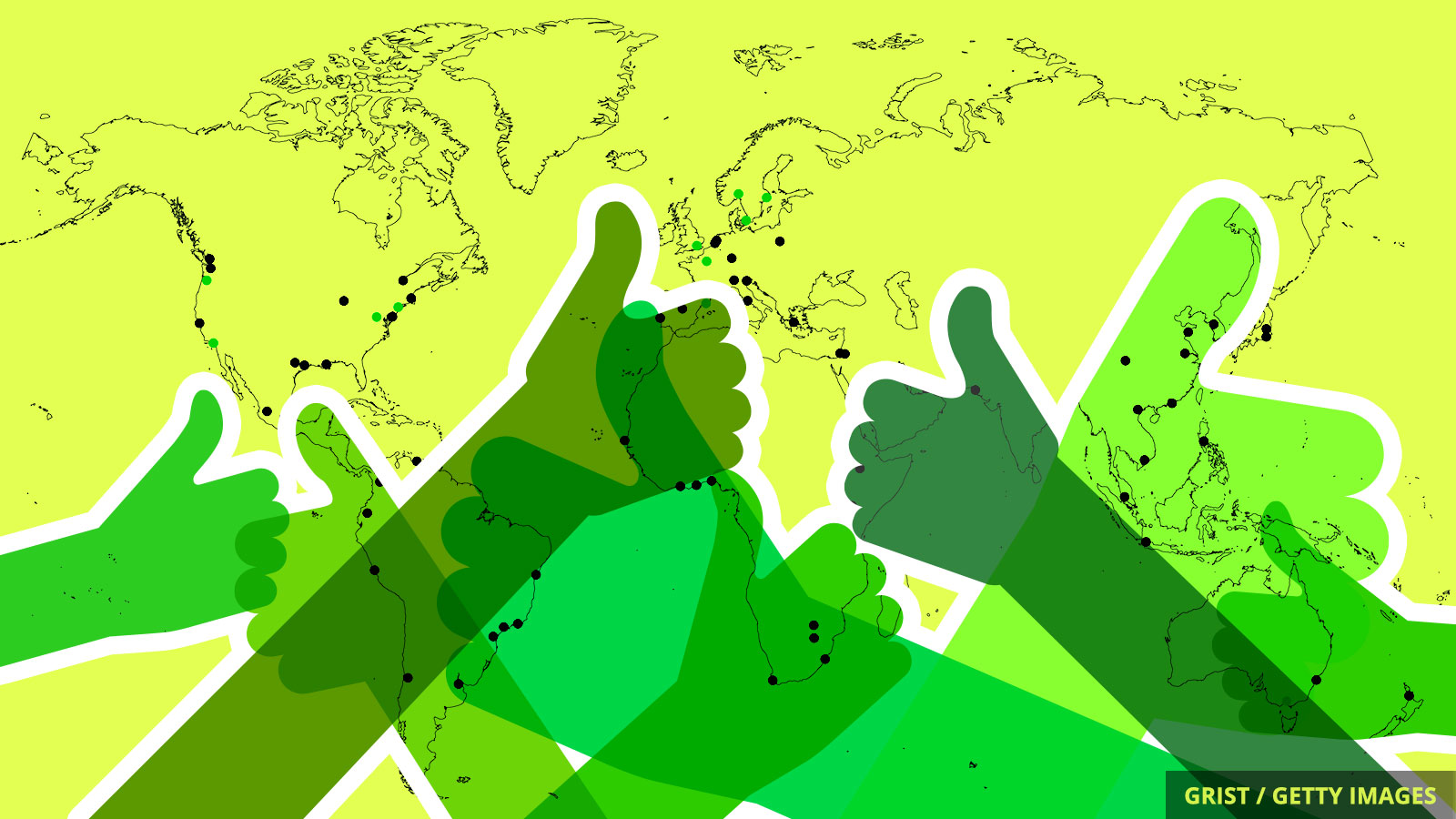 A coalition of mayors from nearly 100 cities worldwide is backing an international agreement to speed up urban policy change to meet Paris Agreement goals. At the C40 Climate Summit in Copenhagen this morning, outgoing C40 chair Anne Hidalgo of Paris and incoming C40 chair Eric Garcetti of Los Angeles announced a “Global Green New Deal” designed to put climate and environmental concerns at the heart of all urban planning moving forward. The C40 wants all cities to hit peak carbon emissions no later than 2020 and halve their emissions by 2030.

The 94 cities signed on to the Global Green New Deal represent one-quarter of the global economy, according to C40 statistics, and collectively contain more than 700 million citizens.

The group of mayors called out the world leaders who met at last month’s U.N. Climate Summit for failing to take meaningful action. Mark Watts, the C40 executive director, told the Guardian that the leaders of the U.S., Brazil, Australia, Russia, and Turkey were now “essentially representatives of the fossil fuel industry,” so it was important for “the next most powerful group of politicians,” the mayors of the biggest cities, to step up. And mayors can begin driving climate action now, without having to wait around for international consensus.

Garcetti said in a press conference that putting the Global Green New Deal is his first priority as the new chair of C40, in order to “make the 2020s the decade of human action.”

Twenty fossil fuel companies are behind 35 percent of all energy-related carbon dioxide and methane emissions worldwide since 1965, according to a Guardian analysis released today. State-owned Saudi Aramco tops the list, having single-handedly produced more than 4 percent of total emissions.

Interior Secretary David Bernhardt addressed the annual conference of the New Mexico Oil and Gas Association yesterday, promising to continue rolling back regulations on the industry and railing against the Green New Deal. New Mexico Governor Michelle Lujan Grishman, a Democrat who spoke at the event, said she wants to collaborate with industry scientists to craft regulations.

The climate movement is heating up