It’s Tuesday, October 8, and the climate protest movement marches on. 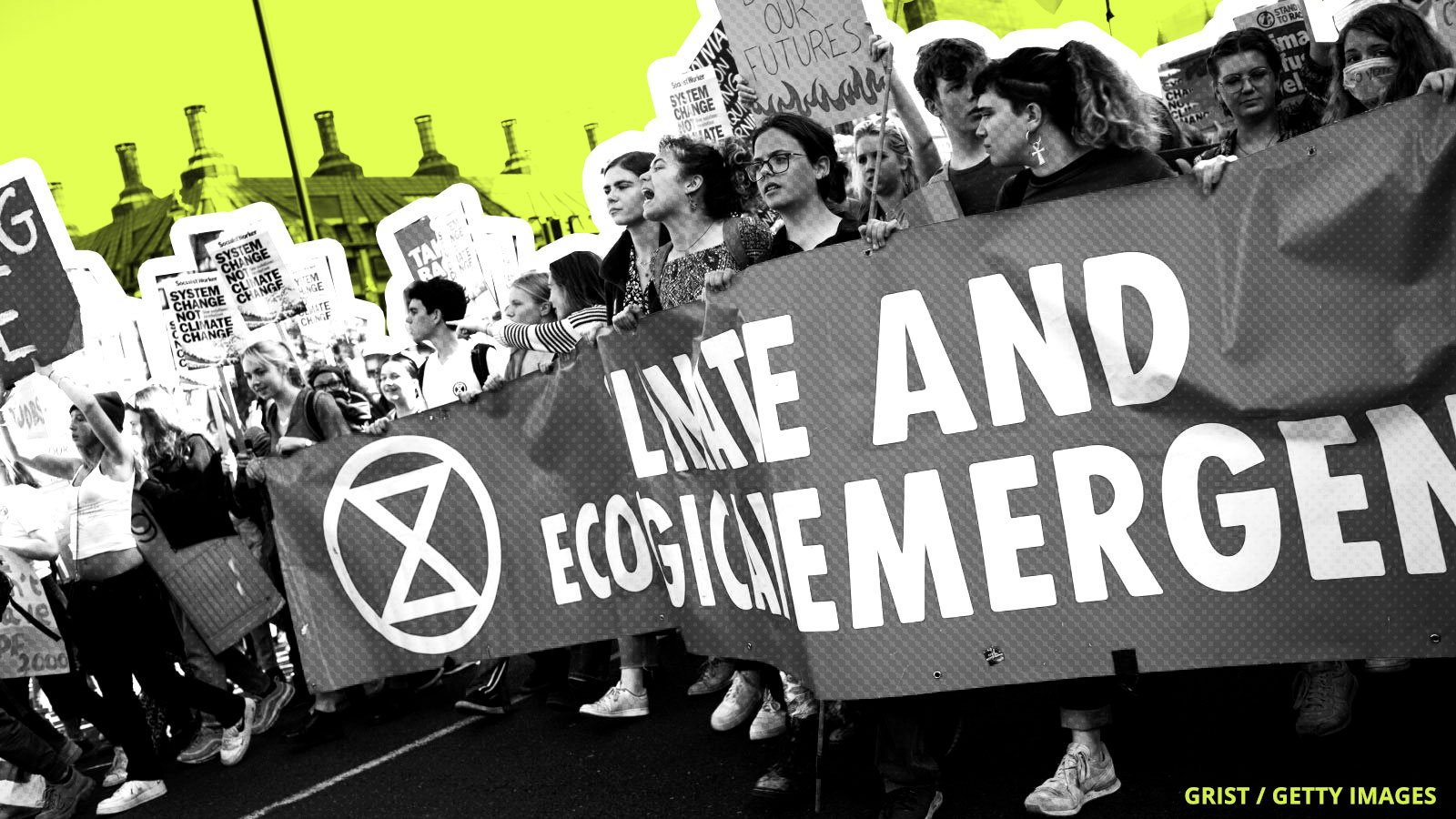 The U.N.’s Climate Week may be over, but pro-environment protesters aren’t slowing down. On Monday, the U.K.-based climate activist group Extinction Rebellion carried out a day of international civil disobedience in 60 countries around the world, from Australia to Sri Lanka to the United States, shutting down roads and bridges and splattering fake blood over the cobblestones of Wall Street. The goal: to call on elected officials and world leaders to “tell the truth” about the climate emergency and make concrete plans to address it.

Hundreds of protesters worldwide were arrested for the unsanctioned protests. In London, protesters blocked all major roads around the Houses of Parliament, including Westminster Bridge, while hundreds more occupied Trafalgar Square. In Argentina, activists in hazmat suits and some in blood-red cloaks with white face paint called the “red brigade” occupied a Bayer-Monsanto office in Buenos Aires.

Extinction Rebellion is a decentralized, non-hierarchical group that aims to disrupt the day-to-day economy through non-violent civil disobedience to draw attention to the climate crisis. This means Extinction Rebellion protesters are more likely to get arrested for things like trespassing and marching without a permit.

Meanwhile, Greta Thunberg is still traveling through the U.S., making a moral case for climate action. Her latest stop? South Dakota, where she urged local elected officials to listen to indigenous people when it comes to climate and the environment.

The Supreme Court declined to hear a handful of environmental cases on Monday, one of which was a challenge to an eminent domain practice known as “quick take.” As a result, oil and gas pipeline developers will be able to continue to seize private land and build on it before they’ve paid for it.

Pacific Gas and Electric Company announced that it could shut down power as early as Wednesday morning in 30 Northern California counties to prevent power lines from causing wildfires. The dry, warm offshore winds known as Diablo winds are forecast to arrive this week, according to the National Weather Service, increasing the risks of fire.

A new study found that nearly 30 percent of Peru’s glaciers — enough to cover about 80,000 soccer fields — have disappeared entirely since 2000. The Peruvian glaciers are a vital source of drinking water and irrigation for millions of people downstream. Scientists warn that the glaciers will continue to melt as the climate crisis accelerates.