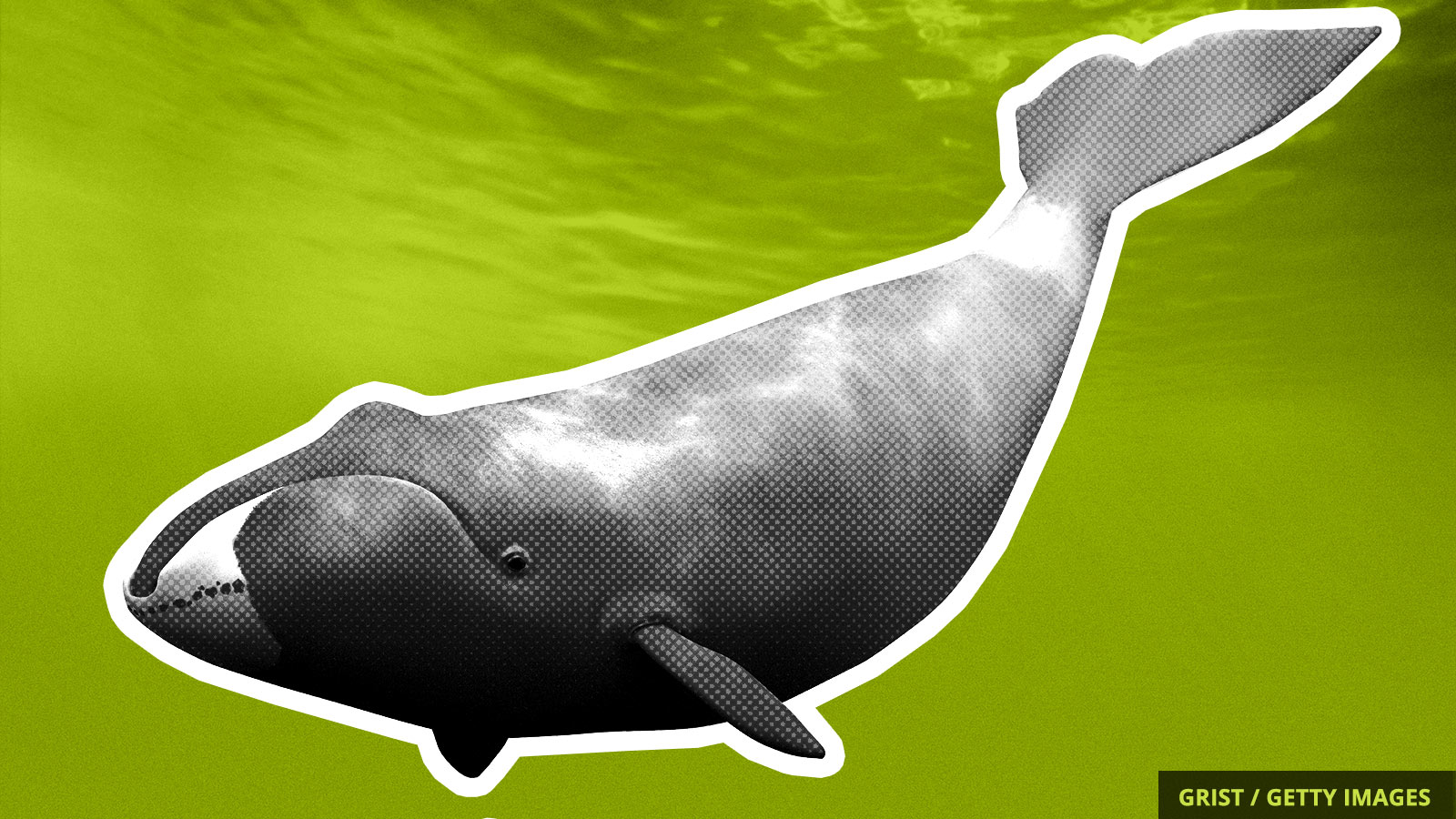 Last week, as part of its annual report on rising temperatures in the Arctic, the National Ocean and Atmospheric Administration included a nugget of good news: Bowhead whale populations are seeing an unexpected rebound in U.S. waters.

Bowhead whales — the only baleen whale that lives in the Arctic year-round — were plentiful along the coasts of Alaska until the 1700s. But by the end of the 19th century, commercial whalers had hunted them nearly to extinction seeking their blubber, oil, and baleen.

The bowhead’s accelerated population expansion in recent decades has come as a surprise to biologists, who expected melting sea ice to further reduce the cold-adapted whale species’ numbers. It seems that warming temperatures have been surprisingly helpful to the whale, as food sources such as krill and copepods have increased in number, and the whales have expanded their hunting ranges with shifts in Arctic sea ice. The species has also benefited from the stewardship of the Alaska Eskimo Whaling Commission, an Indigenous coalition that has fought against drilling and other industrial activities in the whale’s habitat.

“This is really one of the great conservation successes of the last century,” J. Craig George, a retired biologist with the Department of Wildlife Management in Alaska’s North Slope Borough and one of the authors of the report, told the Guardian.

There’s no telling what continued warming in the Arctic will mean for the species, but for now, scientists are calling this a victory.

The Federal Emergency Management Agency wants to be able to consider a state’s relative wealth before deciding whether to give it disaster aid, according to a new proposed rule. The agency wants to delegate responsibility for responding to “minor disasters” to states so that it can preserve its resources and personnel for catastrophes like wildfires, hurricanes, and flooding.

The U.S. Fish and Wildlife service has found that northern spotted owls are endangered due to habitat loss and require more protection under the Endangered Species Act. However, the agency said it’s too broke to actually upgrade the species’ level of protection. Oddly enough, Fish and Wildlife has also proposed giving 200,000 acres of protected owl habitat to the timber industry as part of a court settlement.

As the infrastructure around us is transformed to support a clean energy economy, communities of color and low-income enclaves are at risk of continued disinvestment. That’s already happening in Chicago, where 70 percent of electric charging stations are concentrated in the city’s white and affluent North Side.