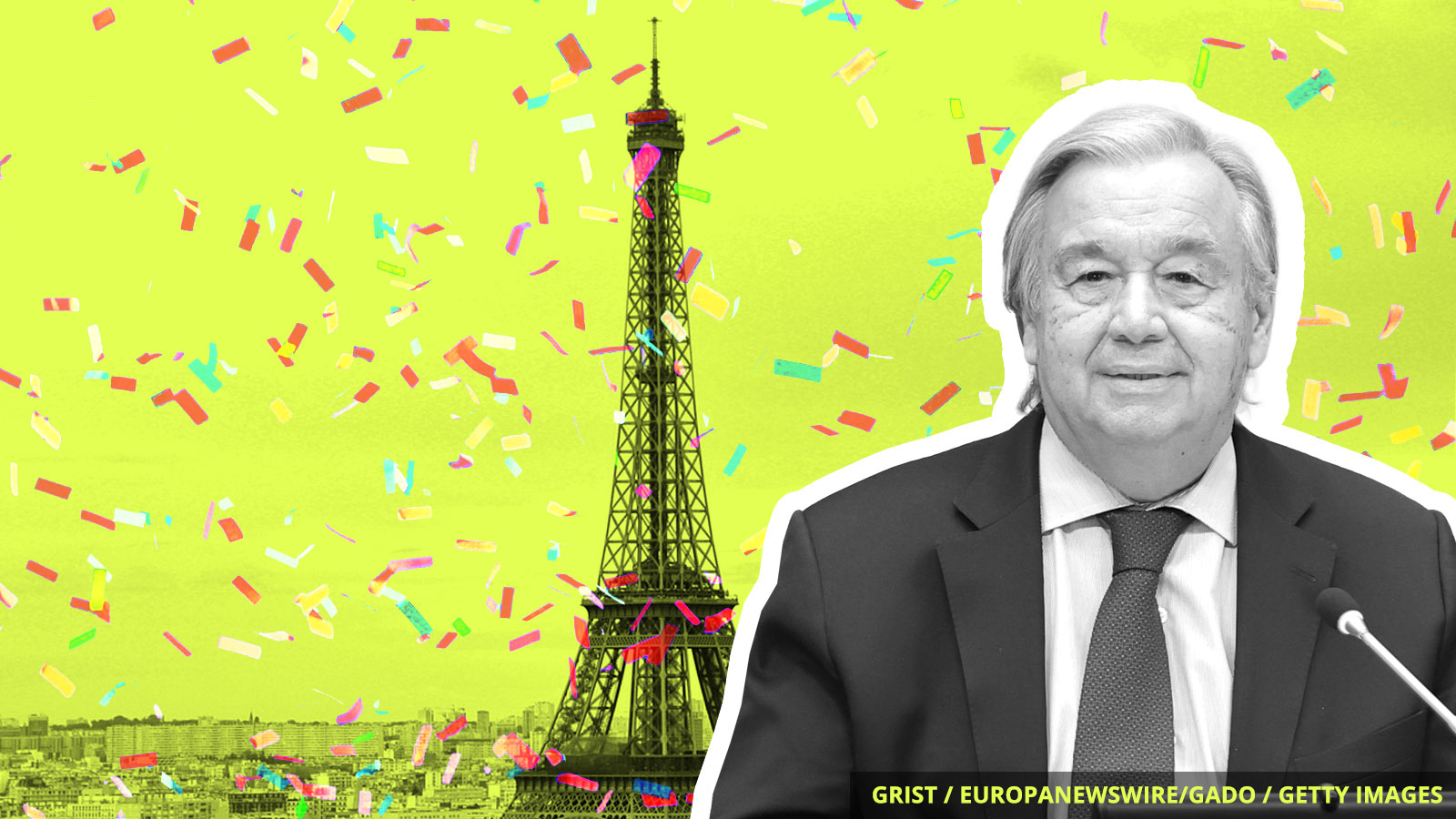 The pandemic put international climate negotiations on hold, pushing the United Nations’ 26th annual climate conference to 2021. However, world leaders from more than 70 countries met virtually on Saturday to celebrate the five-year anniversary of the Paris Agreement — and some took the opportunity to announce how they’re upping their ambition.

The U.K., France, and Sweden announced that they will stop financing new fossil fuel extraction projects overseas. China’s president, Xi Jinping, said that his country will enlarge its forests, triple its wind and solar capacity, and reduce its carbon intensity — a measure of emissions relative to economic growth — by 65 percent. Pakistan announced it won’t build any new coal-fired power plants.

Just before the summit, on Friday, the European Union came to an agreement to cut its emissions 55 percent by 2030, a healthy step up from its earlier goal of 40 percent. And although the Trump administration has formally pulled the U.S. out of the Paris Agreement, on Saturday morning President-elect Joe Biden renewed his pledge to rejoin the pact on day one of his presidency. He also recommitted to reducing the country’s net emissions to zero by 2050.

To date, 127 nations have pledged to bring their emissions to net-zero. If these promises are kept, global warming would be limited to 2.1 degrees C (3.8 degrees F) above pre-industrial levels, according to Climate Action Tracker, a group of scientists that analyzes emissions pledges. That’s much better than the trajectory we were on five years ago when the Paris Agreement was signed, but it still falls short of the treaty’s goal of limiting warming to well below 2 degrees C (3.6 degrees F) and preferably to 1.5 degrees C (2.7 degrees F).

International trade negotiators have failed to meet an end-of-year deadline to cut billions of dollars in subsidies that lead to overfishing. Almost 90 percent of global marine fish stocks are exploited, overexploited, or depleted. Ending subsidies provided by countries like China, the U.S., Japan, and Korea could increase the amount of fish in the sea by up to 12.5 percent by 2040.

Australia’s severe 2019-2020 wildfire season pushed enough smoke into the upper atmosphere to block some of the sun’s rays for several months, causing a slight global cooling, not unlike what would happen after a volcanic eruption. Scientists are now categorizing the wildfire season as the second “volcanic scale” outbreak of fire-induced thunderclouds of the last 20 years.

Australia’s 2020-2021 wildfire season has already begun, with a blaze scorching more than half of Fraser Island, a UNESCO World Heritage site, over the past two months. But now the same part of Australia is facing floods, with up to 18.7 inches of rain falling in 24 hours in parts of New South Wales and Queensland. The erratic weather is a result of a La Niña weather pattern and climate change.