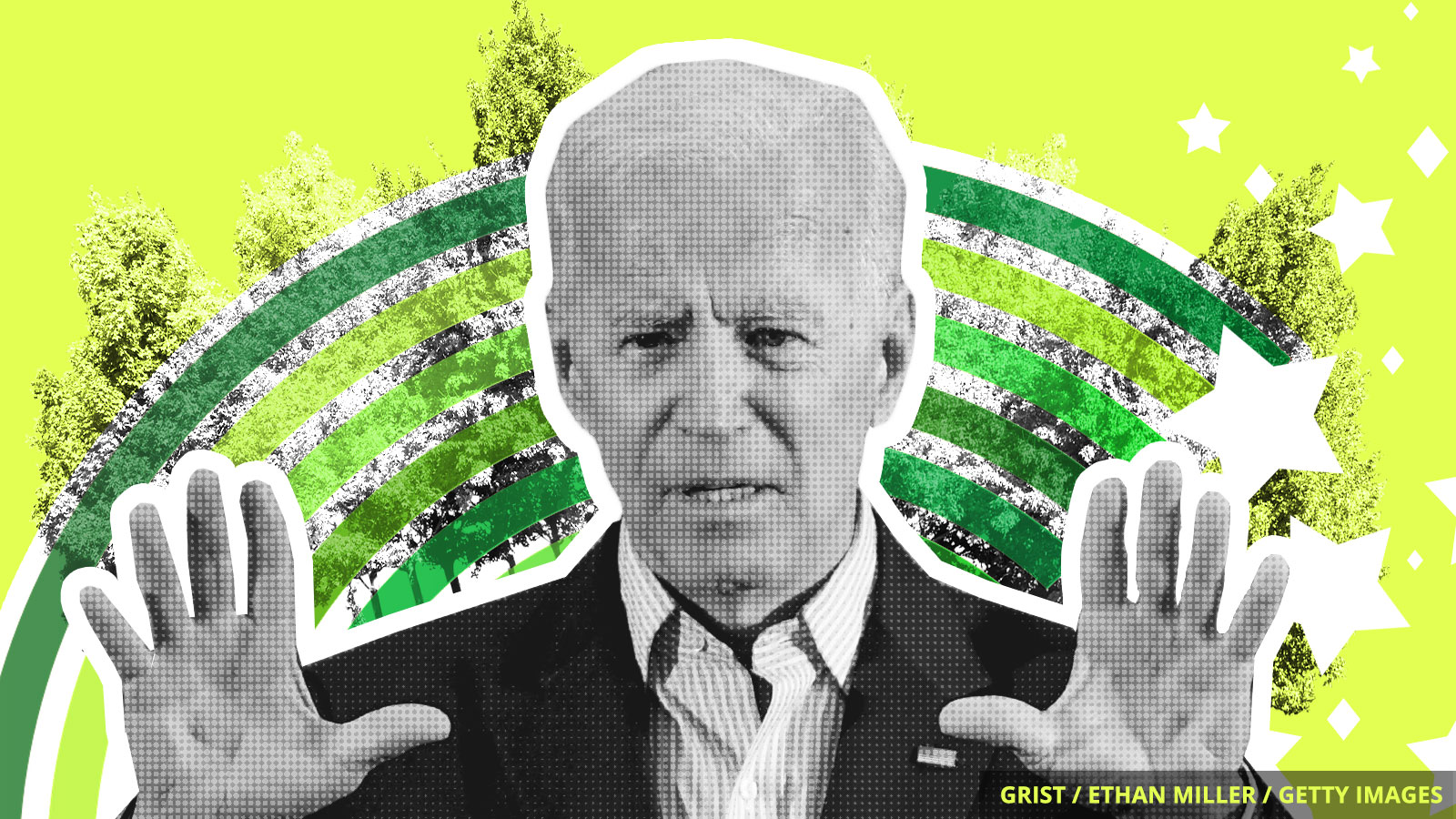 Joe Biden laid out a 10-year climate change platform that would pour $1.7 trillion of federal money into clean energy spending over a decade, the latest entry in a spate of ambitious proposals from Democratic presidential hopefuls. And, get this, Twitter friends, it does NOT stake out a middle ground.

“More severe storms and droughts, rising sea levels, warming temperatures, shrinking snow cover, and ice sheets — it’s already happening,” Biden said in a video released Tuesday. “So today I’m announcing my plan for a Clean Energy Revolution. It outlines what we have to do to meet this challenge head-on, and how we’re going to get there.”

In his plan, Biden:

Biden’s campaign came under heavy criticism last month after Reuters reported that Biden would seek a “middle ground” plan that could include more fossil fuel development. Biden’s team immediately called it bogus. After nearly a month of being a punching bag for his opponents and progressive activists, the Democratic front-runner’s plan now indicates that if you’re not taking climate seriously, you might as well pack up your campaign and go.

The Trump administration has proposed expanding penalties, including federal criminal prosecution, for protesting the construction of pipelines. In doing so, the White House joins a growing number of states that already criminalized this kind of civil disobedience in the wake of Standing Rock, with up to a decade in jail in some cases. Critics say these types of laws violate the First Amendment.

Have you heard about the Trump administration’s many environmental victories? Andrew Wheeler, head of the Environmental Protection agency, told reporters on Monday that it’s the responsibility of the press to change public perception that energy and environment issues in the U.S. are only getting worse. He said the media was misleading the public by not reporting on the EPA’s achievements. Here are some: Under Wheeler, the EPA recently rolled back both emissions standards on cars and safe mercury levels.

According to a new analysis of corporate disclosures, climate change could cost the world’s biggest companies trillions of dollars — and will start to substantially cut profits within the next five years. It gets worse: Analysts say companies still aren’t accounting for all the likely financial burdens the climate crisis will bring.