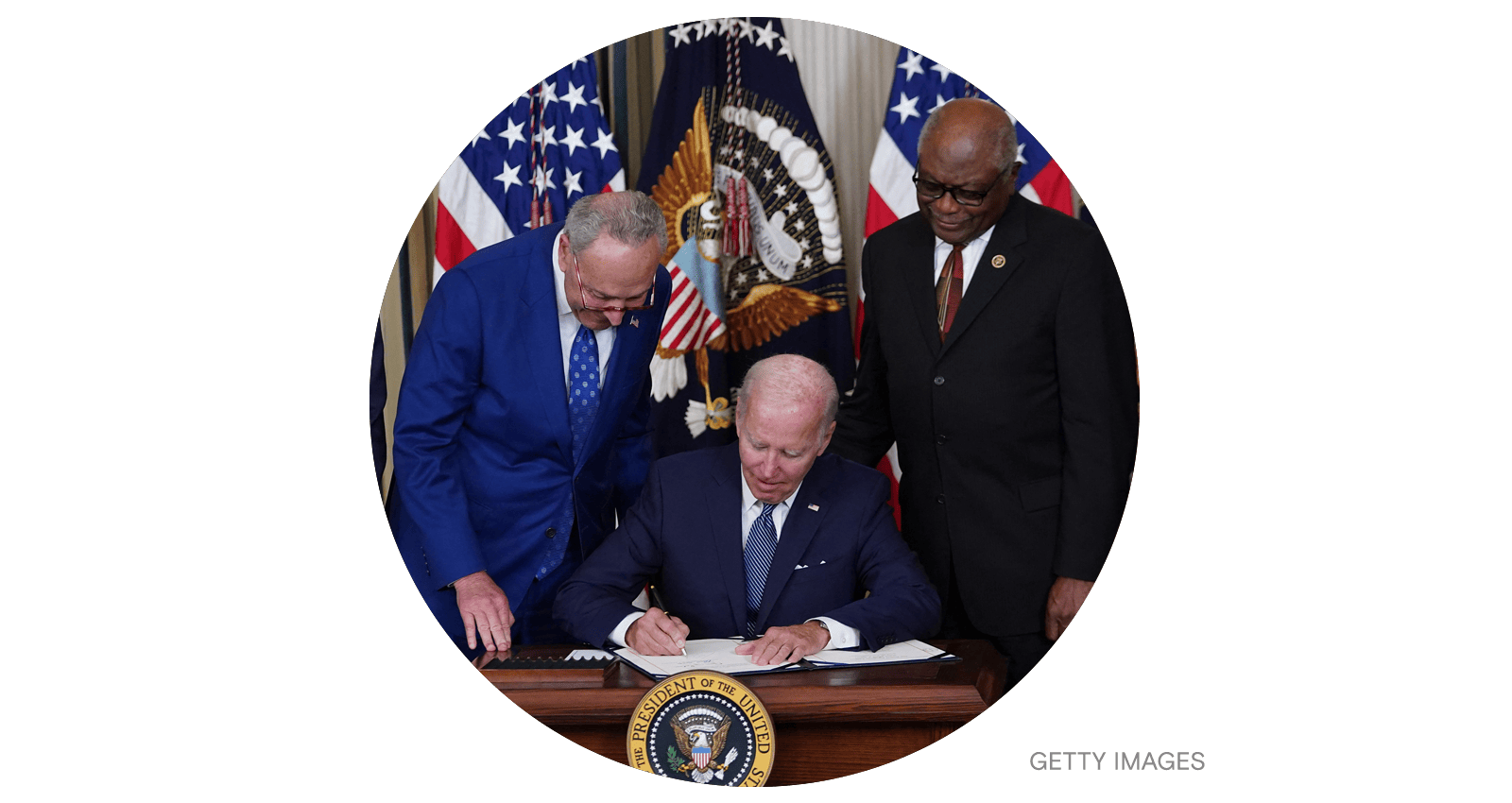 It’s official: After more than a year of political wrangling, President Joe Biden approved the Inflation Reduction Act, or IRA, on Tuesday, signing into law the most sweeping climate and energy bill ever enacted in the United States.

“This bill is the biggest step forward on climate ever, and it’s going to allow us to boldly take additional steps toward meeting all of my climate goals,” Biden said in a speech delivered from the State Dining Room of the White House shortly before signing the bill.

The historic bill contains $369 billion in clean-energy tax credits and funding for climate and energy programs, including efforts to ramp up manufacturing of solar panels, wind turbines, and electric vehicle charging infrastructure. Roughly $60 billion is earmarked for environmental justice initiatives like cleaning up air pollution and installing clean energy projects in low-income communities.

In total, independent analyses estimate that the bill’s climate provisions will reduce the country’s greenhouse gas emissions by 40 percent below 2005 levels by the end of the decade, achieving roughly two-thirds of Biden’s overall goal of halving emissions by 2030.

The bill will also lower the cost of prescription drugs for Medicare recipients and establish a minimum tax of 15 percent for corporations whose annual income exceeds $1 billion, and impose a 1 percent fee when companies buy back their own stock to boost its value.

Democrats are already applauding the legislation’s enactment, but they’re planning to mount a much larger celebration after Labor Day — closer to the November 8 midterm elections. Alvin Tillery, an associate professor of political science and African American studies at Northwestern University, said the enactment of the IRA, plus Biden’s other achievements and voters’ ire over the GOP-led reversal of Roe v. Wade, could help stave off a Republican takeover of the House and Senate — but only if Democrats hone their messaging and “hypermobilize” get-out-the-vote efforts among key demographics, like young people and people of color.

”The Democrats need to celebrate this victory but get right back on their messaging,” Tillery told me. “They need to target young voters, folks under 30 that are really worried about the existential threats of climate change. …  I think it’s gonna be a nail-biter across the country.”

The Navy abandons a plan to develop a golf course on a protected conservation site near the Naval Academy in Annapolis
Aman Azhar, Inside Climate News
➤ Read more