It’s Thursday, May 6, and California’s grid proved it can run on renewables. 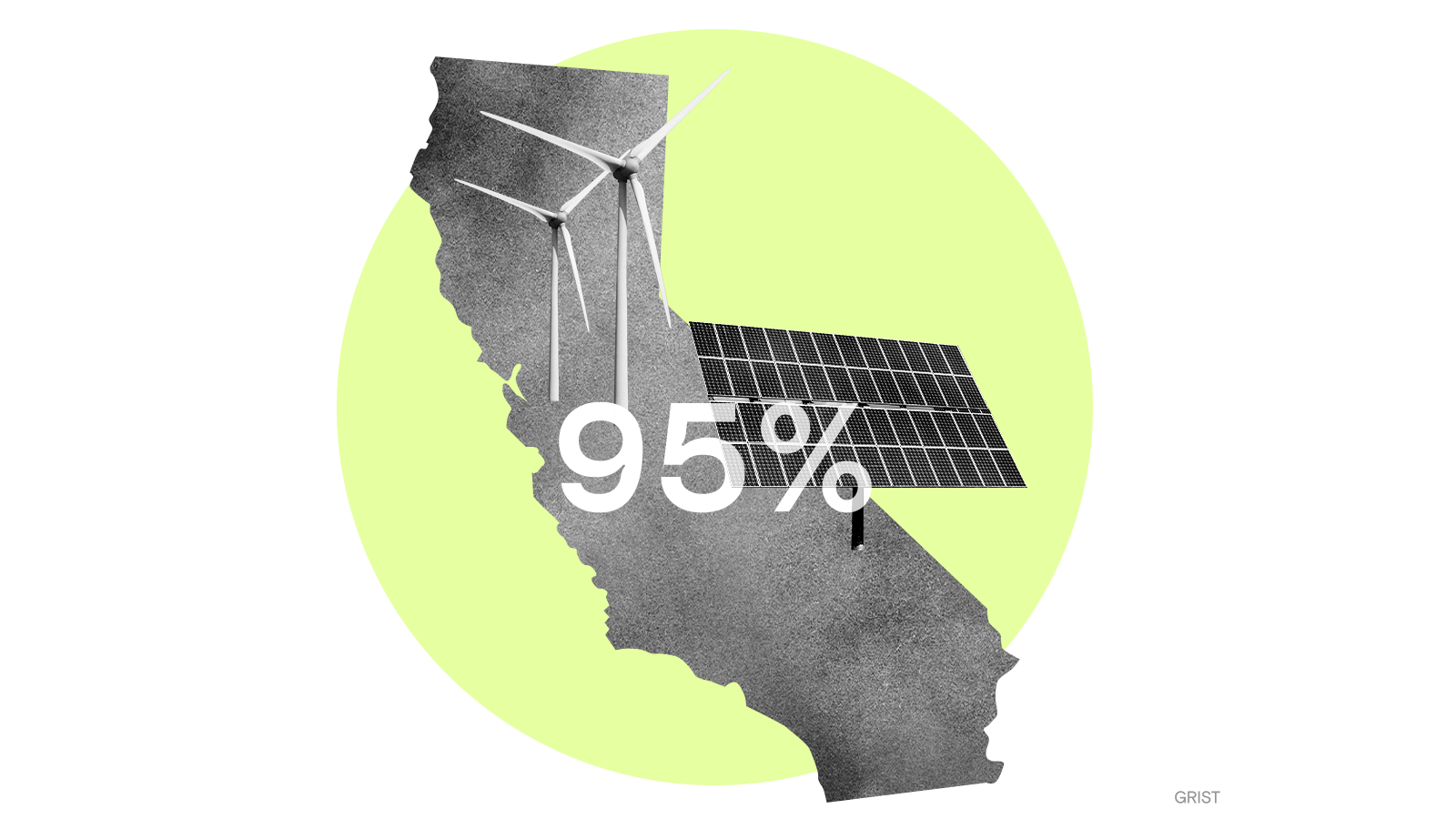 The record was set on the state’s main power grid, which covers four-fifths of the state but excludes Los Angeles and Sacramento. The grid was also burning some natural gas and exporting energy to neighboring states. Though 95 percent of the grid’s demand in California was met by renewable generation, there’s no way to tell what share of that figure stayed in-state and how much was exported, since power is fungible.

Despite the caveats, those four seconds were still a landmark. “It sends chills down my spine. It’s amazing,” Elliot Mainzer, president and CEO of the California Independent System Operator, which runs the state’s main power grid, told the Los Angeles Times. “We’re getting a lot of renewable generation online, making a real dent in the state’s carbon emissions.”

Renewables powered California’s energy supply for most of that day, in fact, meeting 90 percent of demand for the majority of the afternoon. Solar and wind power deserve most of the thanks, but there were contributions from geothermal and hydropower as well.

China produced 27 percent of global greenhouse gas emissions in 2019, more than the combined emissions of the entire developed world, according to a recent analysis. The United States, which has the highest per capita rate of emissions in the world, contributed 11 percent.

Natural gas, which was thought to be a cleaner alternative to coal in the transition to renewables, still produces significant emissions and public health impacts when it’s burned for heat, electricity, and industrial processes. In at least 19 states, burning gas now kills more people than burning coal because it produces fine particulate matter air pollution that lodges into lung tissue, according to a new study.

Scientists and fire crews recently found a giant Sequoia tree in California still smoldering after a wildfire hit the area in 2020, showing just how dry the forest is. The 2021 wildfire season is predicted to be more severe than average; AccuWeather projects that almost 15,000 square miles will burn in the Western U.S. this year.