It’s Wednesday, September 14, and Germany’s experiment with inexpensive public transit was a boon for the climate. 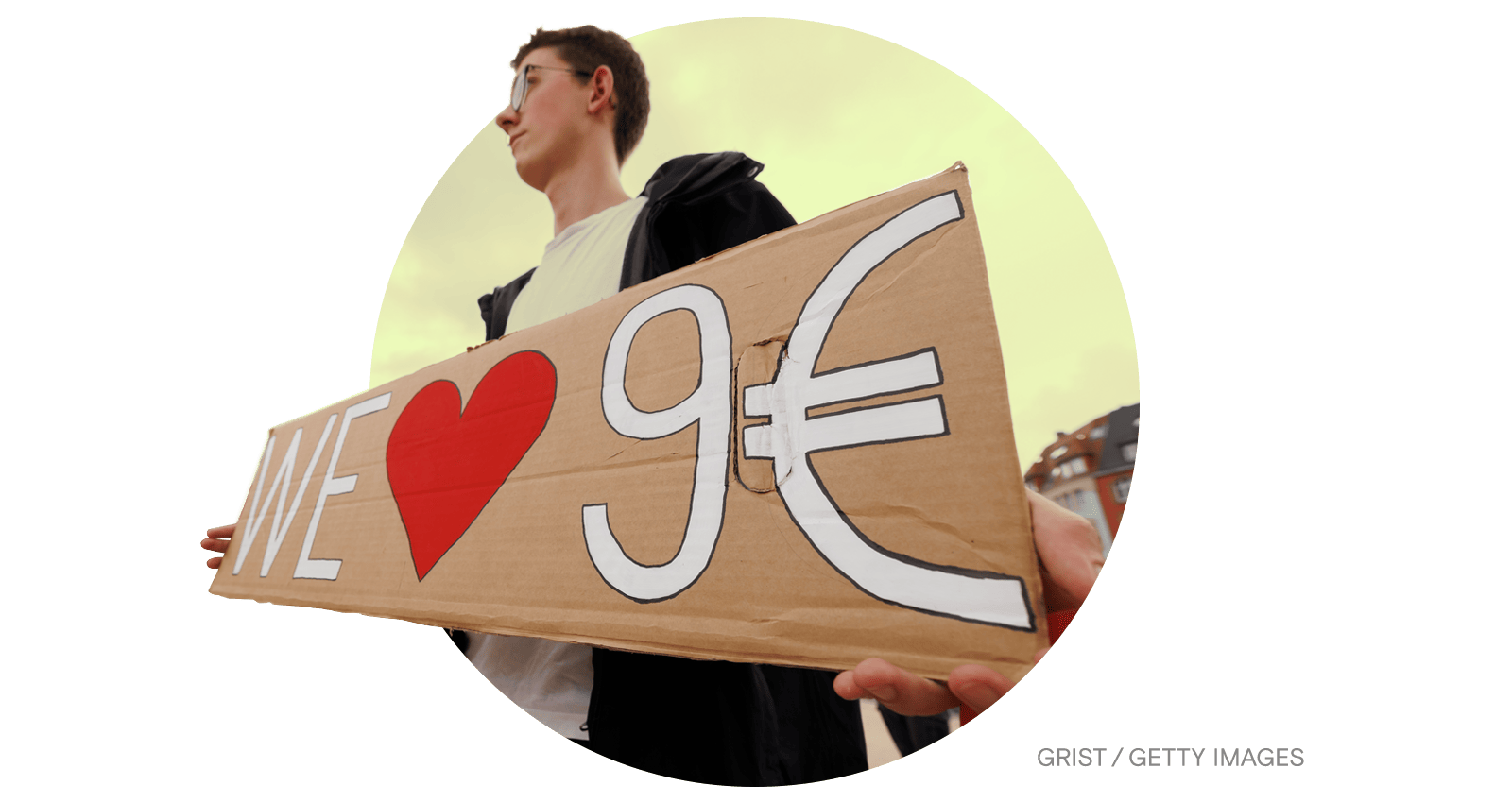 In Germany, a three-month pilot program offering ultra-cheap transit tickets saved about 1.8 million metric tons of carbon emissions, according to a new analysis from the Association of German Transport Companies, known in Germany as the VDV.

The program, which sold 52 million unlimited monthly transit passes for just 9 euros ($9) each, allowed many Germans to ditch their private vehicles for trips to the grocery store, visits to friends and relatives, and daily commutes to and from work. According to the VDV, the tickets helped transit replace roughly 10 percent of all car trips. A separate analysis says the tickets — which were valid for local and regional trains and buses — led one-fifth of Germans to begin regularly taking public transit for the first time.

“The results of the market research clearly show that people want local public transport if the ticket is simple and understandable and can be used flexibly everywhere,” said Maike Schaefer, chair of the Conference of Transport Ministers — a biannual convention attended by transport ministers from each of Germany’s federal regions — in a statement.

The climate pollution averted by the country’s pilot program was equivalent to the annual CO2 emissions of more than 200,000 Germans. The 9-euro tickets delivered on other fronts, as well, reducing nationwide air pollution by more than 6 percent and helping to alleviate the burden of higher gasoline prices caused by Russia’s war in Ukraine. As many proponents had hoped, the tickets might also have stymied inflation by up to 2 percentage points, according to one analysis from the Cologne Institute for Economic Research.

Many Germans were sad to see the pilot program come to a close at the end of August, with many calling for the government to implement a longer-term subsidized transit program. But such a program would likely involve much higher ticket prices, since the 9-euro option was so expensive to subsidize. The government estimates that a permanent 9-euro ticket program could cost it some $14 billion a year, which could siphon funding from necessities like education.

It’s unclear what the right price would be, however — perhaps 69 euros for a monthly pass, according to a proposal from the VDV. The German Green Party, meanwhile, has advocated for a two-tiered system that would cost commuters either 29 euros per month for regional travel or 49 euros a month for nationwide travel.