It’s Thursday, May 30, and The Cato Institute’s climate-denying science center has closed up shop. Permanently. 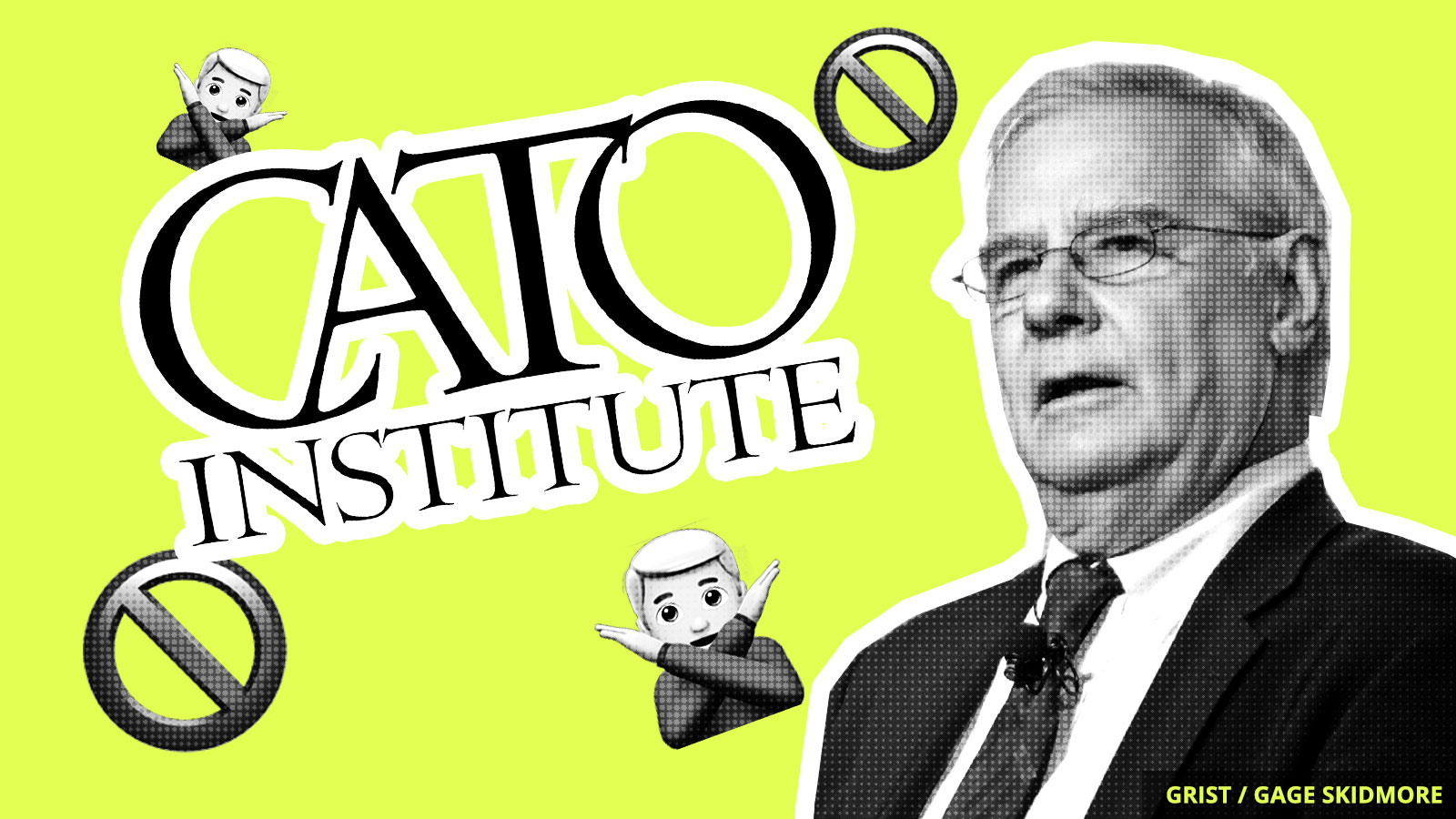 The Cato Institute, a Washington D.C.-based think tank known for disseminating misleading climate information, quietly shut down its Center for the Study of Science this month.

The Cato Institute has had deep ties to Big Oil from the start. It was co-founded by Charles Koch in the 1970s, and has since received almost $12 million in funding from Koch foundations, as well as more than $100,000 in backing from ExxonMobil.

Although no public statement has been made as to why the center shut down, it might be linked to the departure of former director and long-time climate denier Patrick Michaels around the end of March.

“They informed me that they didn’t think their vision of a think tank was in the science business,” he told E&E on Tuesday, “and so I said, ‘OK, bye.'” Despite the closure of the center, a spokesperson for the organization said the Cato Institute will “continue to work on science policy issues.”

But that work could be moving slightly closer to the center on climate science: Meteorologist and former Cato scholar, Ryan Maue, said he suspects that conservatives and big businesses may begin shifting their support to think tanks like the Niskanen Center which promote a more moderate response to climate change.

On Tuesday, one of President Trump’s senior campaign advisors pressured members of Ohio’s state Senate into voting for a bill that would gut subsidies for renewable energy and fund a bailout of nuclear and coal plants. The message: We’re going into an election year, we can’t lose the jobs. The bill passed the Ohio House yesterday afternoon.

Chevron and ExxonMobil’s shareholders rejected a series of climate change-related proposals at the companies’ respective annual meetings yesterday. The failed proposals would have diversified the companies’ portfolios beyond their core oil and gas business. Some key reasons cited for the denial: Renewables tend to yield smaller shareholder returns and offer a less competitive advantage to companies.

Trump-appointed officials overruled career EPA scientists to approve the construction of an electronics manufacturing plant in one of Wisconsin smoggiest counties. According to internal Environmental Protection Agency emails obtained by the Sierra Club and Clean Wisconsin, the EPA granted Racine County an exemption to smog standards, allowing the company, Foxconn, to avoid spending millions on pollution control devices.

Life of the Green party