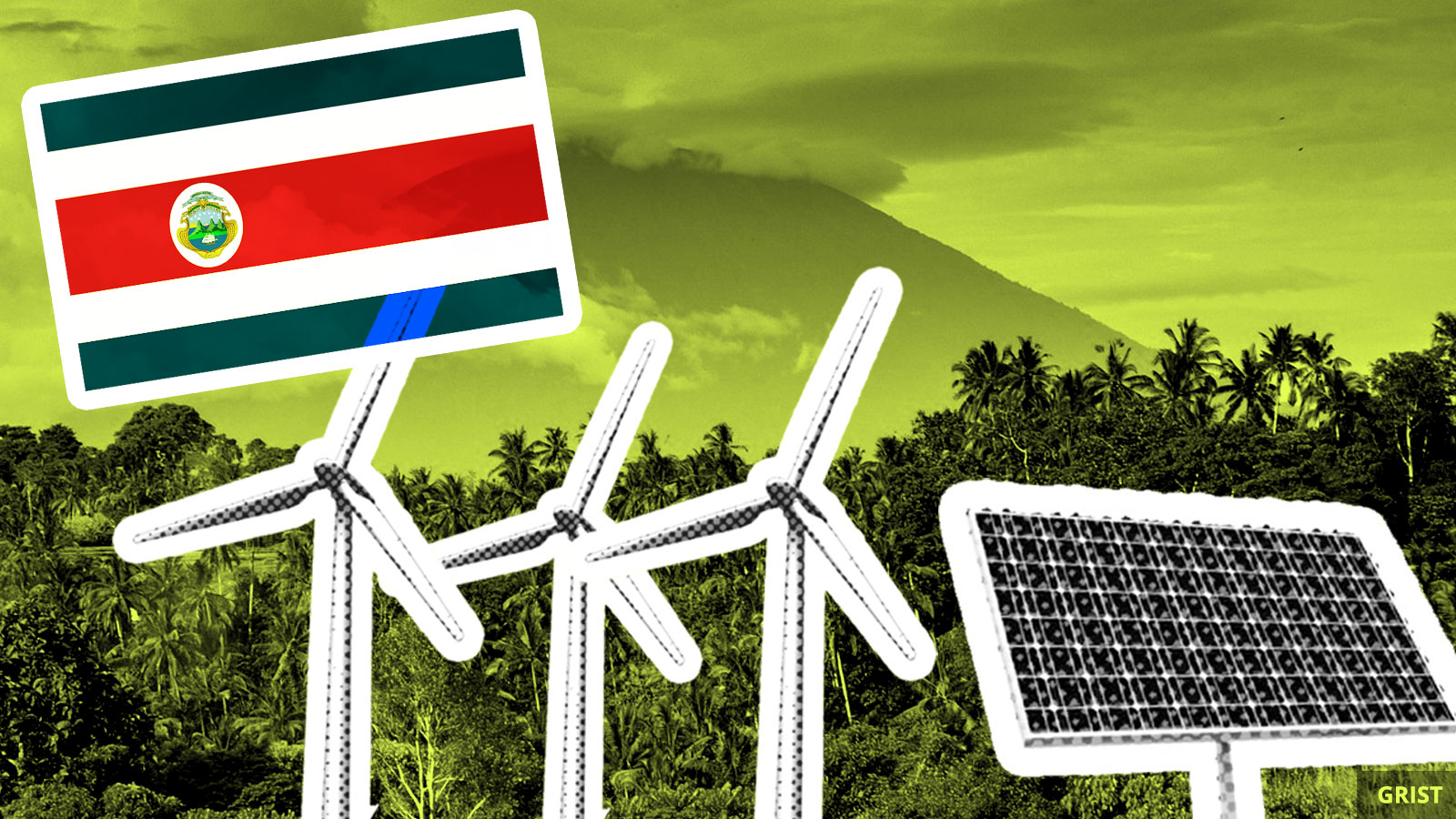 The zero-carbon transition is based on a concept called a just transition — meaning communities affected by fossil fuel projects and workers currently employed by the fossil fuel industry won’t get left behind.

More details: Costa Rica aims to decarbonize its transportation, industry, waste management, and agriculture sectors, and is setting milestones along the road to 2050. By 2030, it aims to have its whole electricity grid powered by renewables. By 2035, the country hopes to have a zero-emissions transportation system in place. And while Costa Rica has had a moratorium on oil exploration since 2002, in an announcement on Monday, Alvarado said he will be extending that ban through 2050 (and likely beyond, Earther reports).

Is Costa Rica a major polluter in the global scheme of things? No. The U.S. produces about a thousand times more emissions than the tiny Central American country. But transitioning away from fossil fuels is still a big feat for a country that gets more than 10 percent of its tax income from the fossil fuel industry.

You know all about the BP oil spill, but have you heard about the Taylor oil spill — the longest-running in American history? Taylor Energy’s wells in the Gulf of Mexico have been damaged since 2004, when Hurricane Ivan hit. One estimate says it leaks around 700 barrels of oil per day. Instead of cleaning up its mess, the company recently filed multiple suits against the government, alleging the spill isn’t as bad as reports say.

As if emissions from burning coal weren’t a big enough threat to civilization, the byproduct from coal plants — coal ash — is also endangering lives. Coal ash ponds and landfills, which often sit adjacent to coal plants, have contaminated groundwater with toxic chemicals. That’s according to a report by the Environmental Integrity Project and Earthjustice, which found that arsenic, lithium, chromium, and other pollutants are present in groundwater near 91 percent of America’s coal plants.

Republicans hate the Green New Deal so much they’re now looking to put their own conservative stamp on conservation. Last week, a group of Republicans including South Carolina Senator Lindsey Graham and New York Representative Elise Stefanik established the Roosevelt Conservation Caucus. The group sent out a letter to their fellow Republicans asking them to join the caucus, which is positioning itself as a way to “counteract big government solutions” with “market-based” environmental fixes.

The 2020 election now has a climate-action candidate