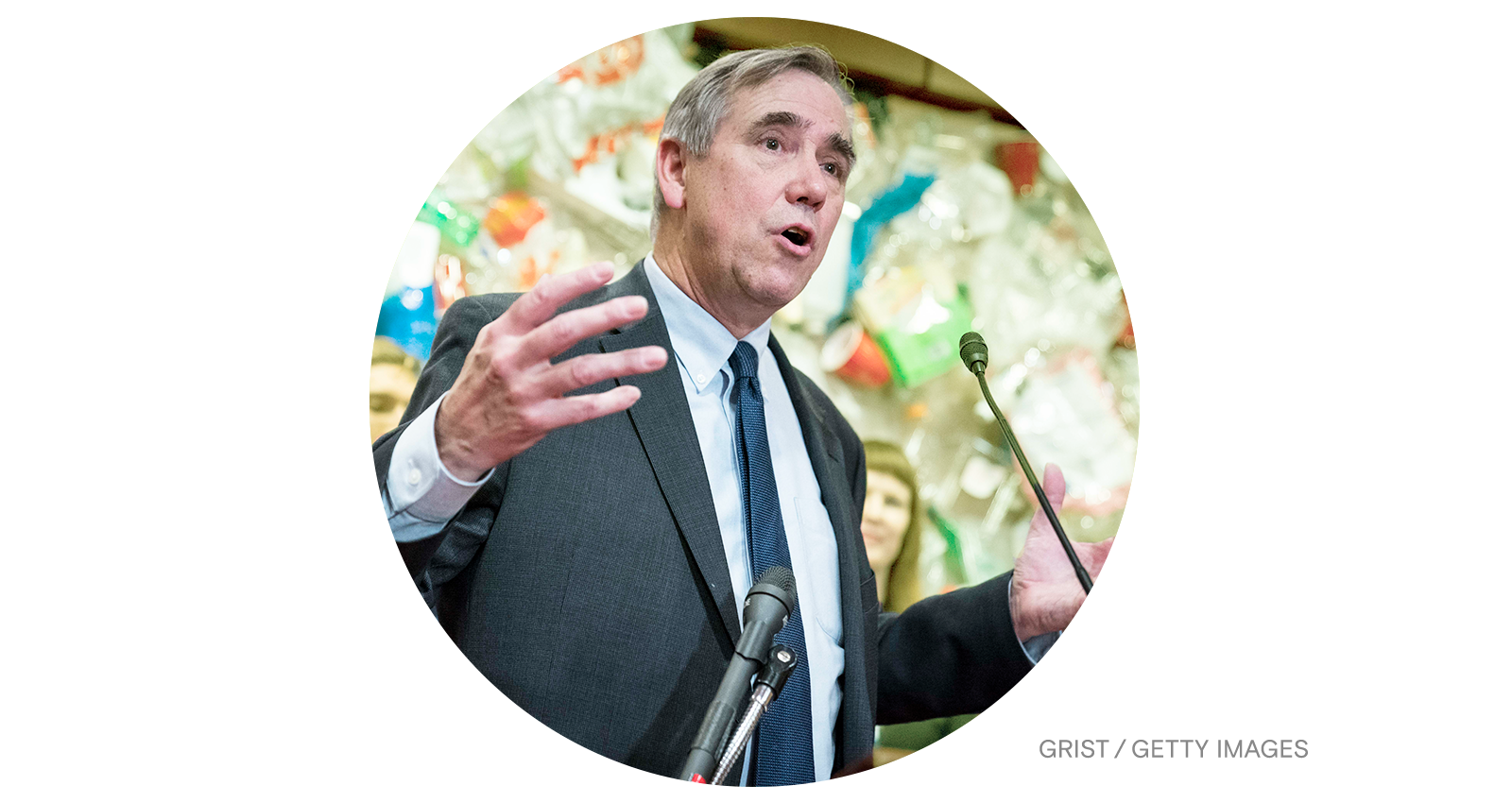 As international negotiators began hammering out the details of a global plastics treaty last week, legislators in the United States were busy unveiling a domestic policy to address the plastic pollution crisis.

A new bill introduced by four congressional Democrats on Thursday takes aim at plastic manufacturers in an attempt to reduce the country’s reliance on single-use plastics. If passed, the Protecting Communities from Plastics Act would set national targets for reducing plastic production, strengthen protections for communities most affected by plastic-related pollution, and place restrictions on a controversial process known as “chemical recycling.”

While much public attention has focused on cleaning up plastic pollution that’s already built up in the environment, the bill seeks to address human health and environmental damages from plastics across their life cycle, including soaring greenhouse gas emissions from the production stage.

By 2027, the new bill says federal regulators should set a nationwide target to reduce the amount of single-use plastic packaging and foodware that can be made and sold in the U.S. This target would aim for at least a 25 percent reduction below 2024 values by 2032. A separate target would require 30 percent of the country’s single-use plastic packaging and foodware to be replaced with reusable alternatives, also by 2032.

Authors of the bill stressed that it would also address environmental inequities from petrochemical plants, which process crude oil into byproducts including the building blocks of virgin plastic. These facilities tend to be sited near low-income communities and communities of color. The bill would restrict new or expanded facilities from going up within five miles of people’s homes, schools, health care facilities, and a number of other community spaces.

Anja Brandon, U.S. plastics policy analyst for the nonprofit Ocean Conservancy, applauded the legislation for its broad scope and ambition. “We’re really excited that there’s a federal bill out there that’s addressing these three issues — plastic pollution, the climate crisis, and environmental justice — in tandem,” she told me. “It takes aim at all those issues head on, doing what we know we need to do, which is to make less plastics in the first place.”