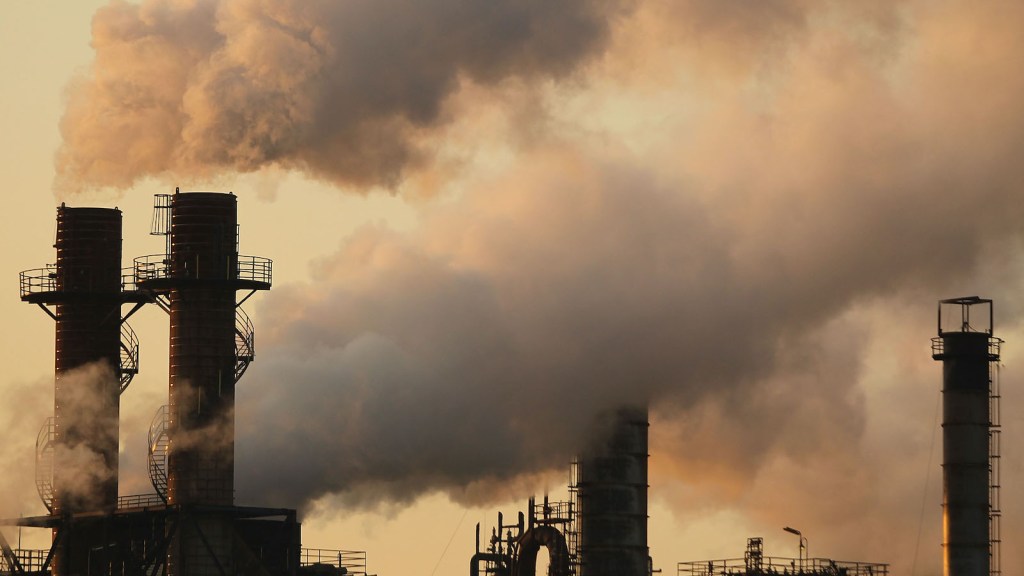 Amid an escalating plastic pollution crisis that threatens “near permanent contamination of the natural environment,” the fossil fuel and plastics industries say they have a not-so-surprising solution: recycling.

To be more precise, they’re advocating for “chemical” or “advanced” recycling. The American Chemistry Council, an industry lobbying group whose members include ExxonMobil, Dow, and DuPont, has promoted state-level legislation to expand it nationwide. Policymakers have taken note, and bills easing regulations on chemical recycling facilities have already been passed in eight states and introduced in at least five more.

But environmental activists say the word “recycling” is misleading. Rather than repurposing used plastic into new plastic products, most processes that the industry calls “chemical recycling” involve turning plastic into oil and gas to be burned. In a new report criticizing the practice, the Global Alliance for Incinerator Alternatives, GAIA, didn’t pull any punches, calling chemical recycling an “industry shell game” that keeps single-use plastics in production, contributes to climate change, and produces toxic chemicals that disproportionately harm marginalized communities.

“It’s clear that this industry ’solution’ to plastic pollution just creates more problems,” said Denise Patel, GAIA’s program director for the United States and Canada. “Policymakers must not be misled by the false promise of ‘chemical recycling,’ especially from the same industry that plans on quadrupling plastic production by 2050.” (That’s an estimate the World Economic Forum came up with in 2016, using projected growth rates provided by the International Energy Association.)

The industry definition of “chemical recycling” actually conflates two separate processes, said Patel. They both begin with converting used plastic into oil and gas, but the difference lies in what happens next. Plastic-to-plastic chemical recycling is comparable to the more prevalent technique called “mechanical recycling.” Although the chemical process is more energy-intensive and polluting, they both qualify as “true” recycling because they put old plastic back into circulation as a new plastic product. Chemical plastic-to-plastic recycling offers an additional benefit in that it can handle some materials that would otherwise not be recyclable.

However, with the other process, called “plastic-to-fuel,” the outputted oil and gas is burned. This process does not offset demand for virgin plastics, and does not, as the ACC has claimed, “contribute significantly to a circular economy.”

“This is not recycling,” said a statement from GAIA. “It is an expensive and complicated way to burn fossil fuels.”

The report comes amid increasing concern over the fossil fuel industry’s aggressive pivot to plastic production. Anticipating a long-term decline in demand for gasoline, many oil and gas companies have turned to plastic as a lifeline, with plans to invest more than $164 billion by 2023 to increase their production capacity. That’s more than 35 times the amount that plastic industry affiliates say has been invested in so-called “chemical recycling.”

Andrew Neil Rollinson, a chemical engineer and specialist in alternative thermal conversion technologies who contributed analysis to the GAIA report, called chemical recycling a “dangerous distraction” from more effective measures to curb plastic pollution, beginning with a ban on single-use and unnecessary plastic.

Rollinson also wrote a technical assessment earlier this year finding “fatal inconsistencies” in the economic viability of chemical recycling, even for legitimate plastic-to-plastic processes. Despite decades of hype — the technology has existed since the 1950s and has been used to degrade plastic waste since the ‘70s — only three of the 37 chemical recycling facilities proposed since 2000 are currently operational. None of them specializes in plastic-to-plastic recycling.

“This technology has not worked in the past,” said Judith Enck, president of Beyond Plastics and a former regional administrator for the Environmental Protection Agency, in a statement. GAIA’s analysis found that, as of 2017, failed and canceled projects had squandered at least $2 billion of investments around the world. Chemical recycling “cannot survive without significant taxpayer subsidies, creates few jobs, and brushes aside the serious climate change and air toxics issues associated with plastic production,” Enck added.

In a statement from the American Chemistry Council responding to GAIA’s report, managing director of plastic markets Keith Christman said that chemical recycling was not only commercially viable but also offered “significant economic opportunities” of up to $4 billion per year. He also added that chemical recycling produces 50 percent less CO2 than just incinerating the plastic without melting it down first.

GAIA’s analysis found that a slurry of harmful substances is released at every step of the chemical recycling process, creating a significant hazard to human health. Toxic pollutants like dioxins and volatile organic compounds are routinely released at processing facilities that melt the plastic down. These pollutants have been linked to cancer, nervous disorders, respiratory diseases, and more. For plastic-to-fuel processes, these substances may also be emitted into the atmosphere at offsite incineration facilities, which are often located in low-income communities and communities of color. For example, a chemical recycling facility in Tigard, Oregon, ships its fuel products to Louisiana’s St. James Parish, a community so plagued by pollution that it has been dubbed “cancer alley.”

Rather than redoubling efforts to build out the country’s plastic-to-plastic chemical recycling infrastructure, the Association of Mission-Based Recyclers called for a greater focus on upstream interventions to prevent a glut of plastic from being produced in the first place. “The sad truth is that 30 years of plastics recycling in the U.S. have failed to significantly stem the tide of plastic waste,” the group said in a statement. Indeed, a report from 2017 found that 91 percent of the billions of tons of plastic produced in the past few decades has not been recycled.

“Chemical recycling is just another shiny new toy,” the group added, “and is subject to failure for all the same reasons that plastics recycling has failed to scale to date.”