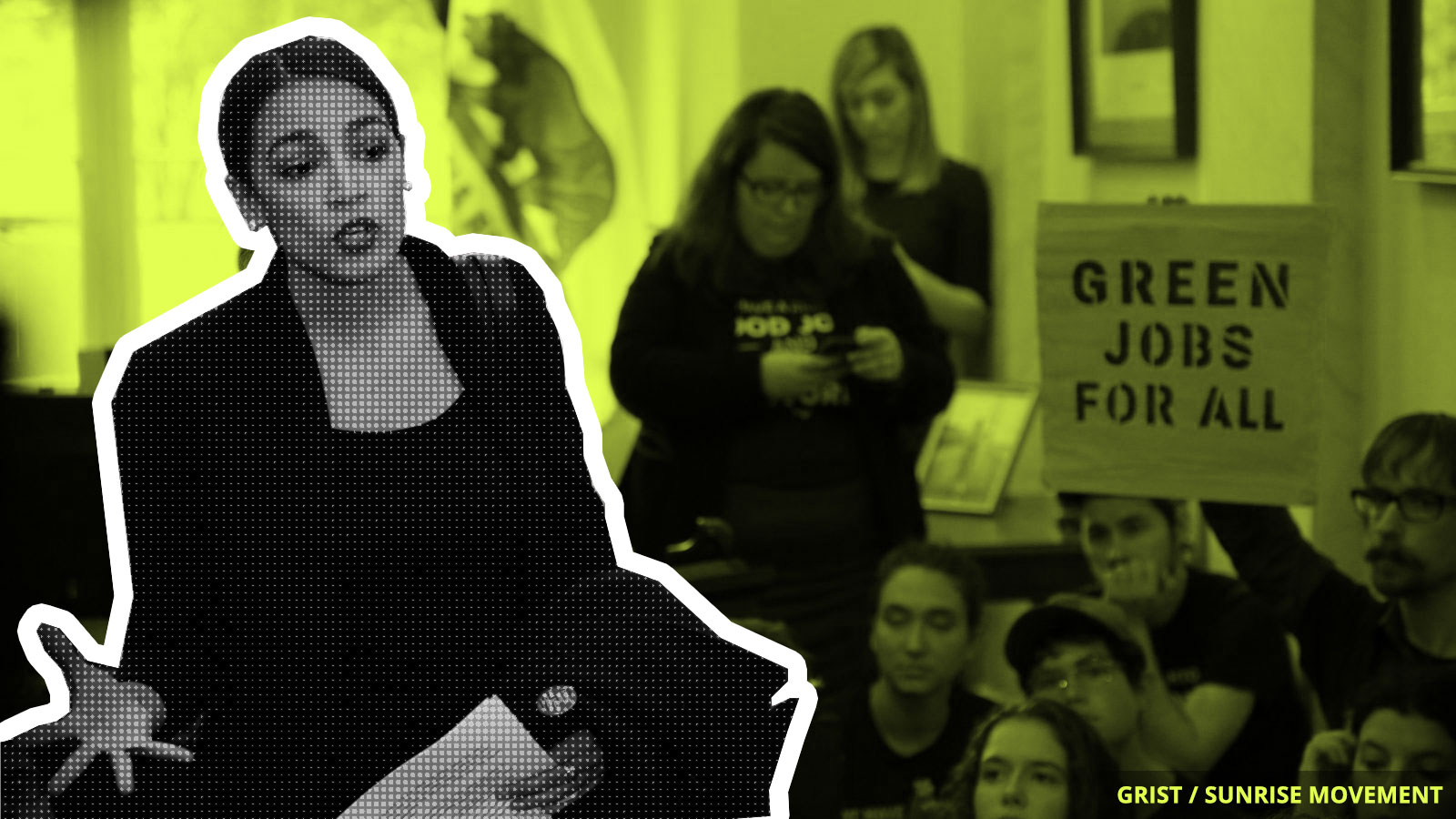 Representative-elect Alexandria Ocasio-Cortez joined 150 young activists crowded into Nancy Pelosi’s office on Tuesday for a sit-in. Their goal? To get Pelosi, who hopes to become the next Speaker of the House, to commit to what they consider a “real” climate agenda. They’re pushing for something that was part of Ocasio-Cortez’s platform: a Green New Deal.

It looks like the activist’s efforts may be paying off. Democrats just announced they will hold two days of climate change hearings once the next session of Congress fires up in January. Items on the agenda include climate impacts and potential solutions.

The Dems who will likely be the next chairs of the House Energy and Commerce, Natural Resources, and Science committees released a joint statement on Wednesday announcing the hearings. “Our rapidly changing climate, and the Trump administration’s efforts to take us in the wrong direction, seriously jeopardize our future,” they wrote. “We plan to hit the ground immediately with a series of hearings early in the next Congress on how best to combat this growing global crisis.”

HYFR! Climate has been decidedly OFF the agenda in the GOP-controlled House during the past eight years, so this is definitely a step in the right direction. Here’s hoping it gets us closer to enacting an economy-wide solution to rising emissions.

Rescue workers in California are still searching through the rubble from the state’s trio of catastrophic wildfires. The death count from all three fires currently stands at 59, yet there are still 130 people from the Camp Fire who remain unaccounted for.

Today’s colossal hurricanes are an unnatural phenomenon, according to a pair of studies published in the journal Nature. The research underscores the influence of humans on hurricanes. Researchers from Princeton University and the University of Iowa found that Houston’s urban sprawl caused waters to linger during Hurricane Harvey, making the city’s flooding 21 times greater. Researchers from Lawrence Berkeley National Laboratory found that climate change enhanced extreme rainfall in several major recent hurricanes.

A warmer Pacific Ocean has led to toxin-laden crabs and shorter fishing seasons. Associations representing California’s crab fishermen are suing 30 fossil fuel companies for the damage they’ve allegedly inflicted on the industry. “We just about can’t make a living fishing crabs anymore,” said John Beardon, a fourth generation crab fisherman, in an interview with The Guardian.

State attorneys general to the rescue!