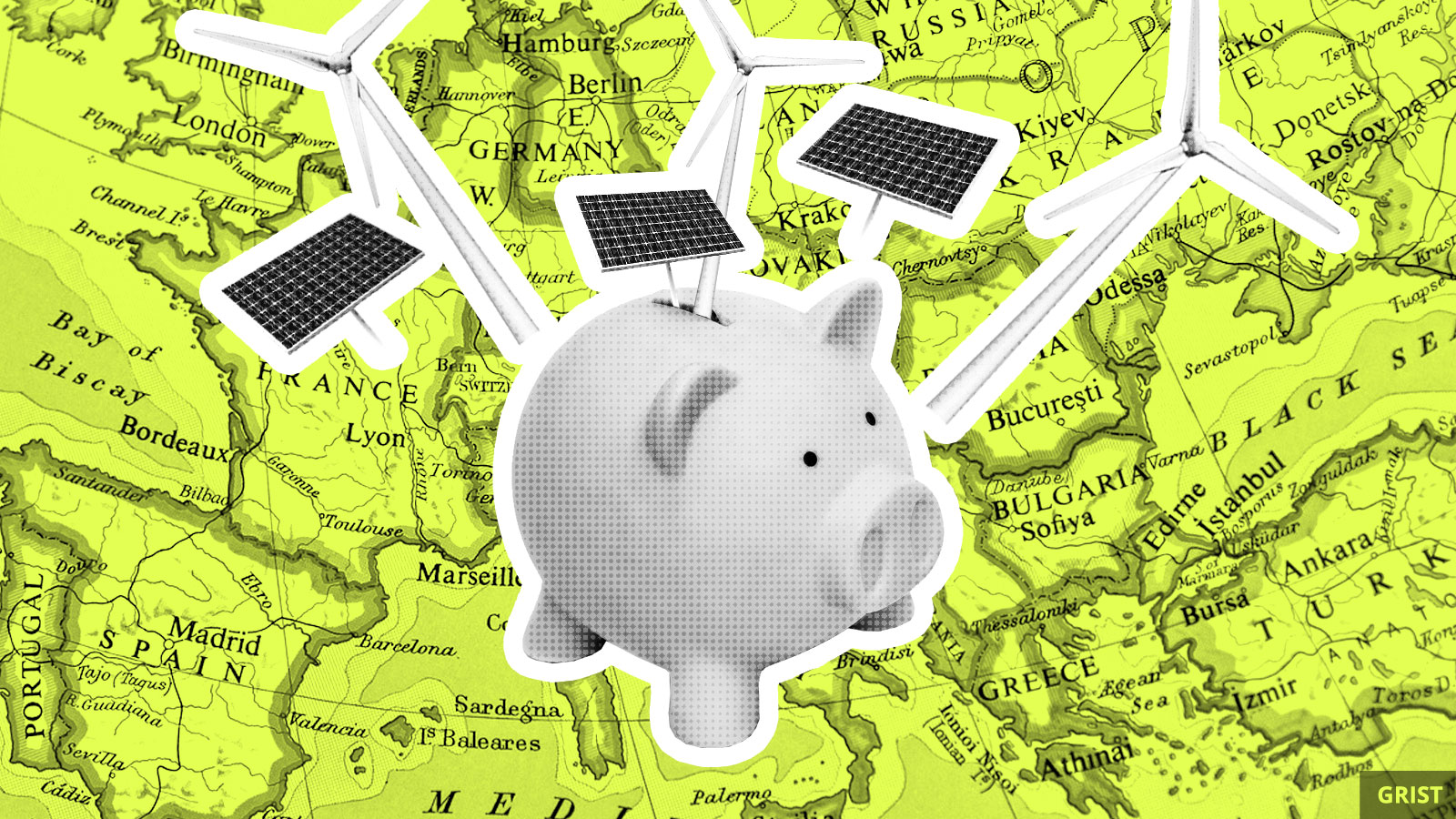 While President Trump is busy pulling the United States out of a historic global climate pact, the European Union’s financing institution is taking concrete steps to tackle the greatest challenge of our time. On Thursday, the European Investment Bank, the world’s largest lender, announced it will stop funding most fossil fuel projects.

The EIB funded about $2.2 billion in fossil fuel developments last year. Since 2013, it has funded $14.8 billion worth of such projects. When the new policy goes into effect, developers will have to show the bank that their projects will emit fewer than 250 grams of CO2 per kilowatt-hour of energy produced. That means plants running on coal and oil are out, as well as traditional gas-burning plants. However, some newfangled gas projects could squeeze past the bank’s standards if they’re outfitted with emissions-reduction technologies like carbon capture and storage.

The ban was initially supposed to go into effect in 2020, but some E.U. states made a fuss about the looming deadline and got the date pushed back to the end of 2021. Nevertheless, this is a big deal.

“This is not the last step,” Andrew McDowell, the EIB’s vice president responsible for energy, said. The bank aims to spur 1 trillion euros of “climate action and environmental sustainable investment” in the decade leading up to 2030. Now if only the rest of the world’s banks would pick up the gauntlet EIB just threw down …

Proposed updates to the Clean Air Act, meant to reduce emissions of the dangerous carcinogen ethylene oxide, will have little effect, according to a recent investigation. That’s because the new rules only apply to a small subset of the processes and equipment that produce chemical plants’ ethylene-oxide emissions.

Under the Trump administration, a discretionary transportation fund that used to go toward a variety of mass transit, rail, and bicycling projects around the country has been spent almost entirely on roads. Sixty-eight percent of the $880 million in grants awarded from the fund in 2019 has gone to roads and bridges, while zero dollars have been awarded to bike and pedestrian projects.

Several rocket launch sites at the Kennedy Space Center and Cape Canaveral Air Force Station in Florida are under threat from sea-level rise, according to a recent analysis by Climate Central. While it’s unclear how coastal flooding might damage the launch pads themselves, at the very least, floods could soon wipe out the roads that support them, turning them into inaccessible islands.