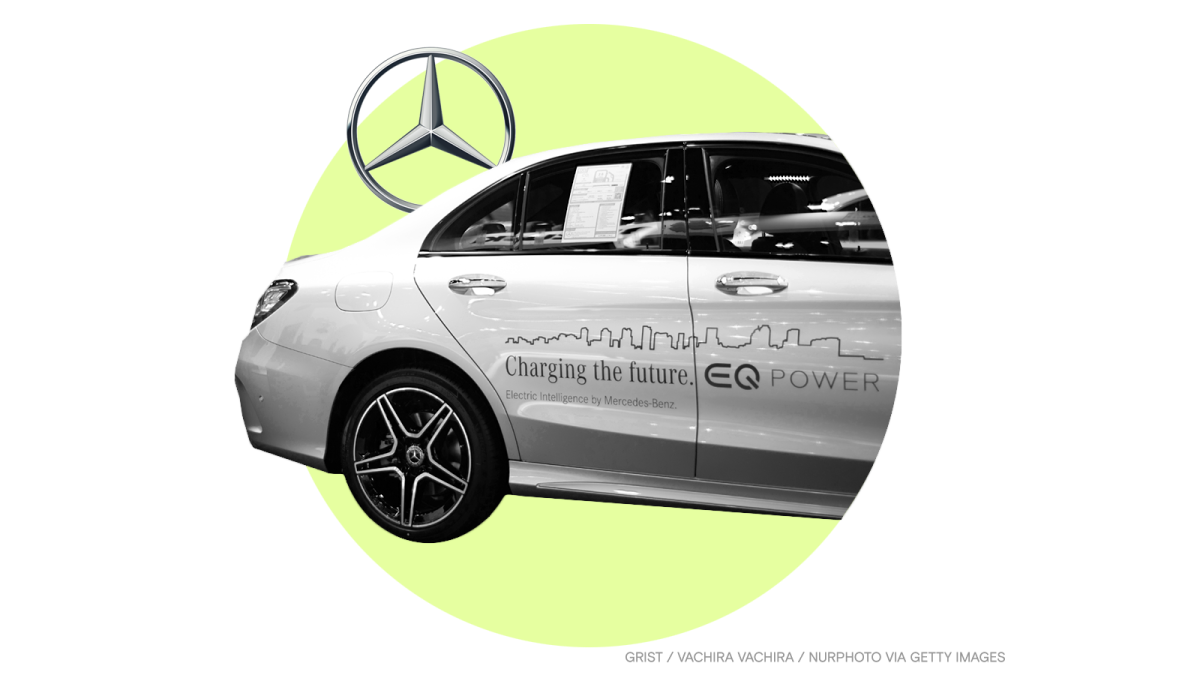 The luxury carmaker Mercedes-Benz is preparing to sell nothing but electric cars by 2030, the company said last week.

In 2025, the company plans to shift its focus entirely to electric vehicles and will introduce different packages of components and technology that can be shared among a variety of models. Mercedes plans to establish new business partnerships to build a global network of battery plants and to manufacture electric motors. One of the new battery factories will be in the United States, likely near Mercedes’ existing manufacturing complex in Alabama. The other seven will be in Europe and Asia.

Mercedes-Benz is the latest car company to declare its intention to shift away from combustion engines toward all-electric vehicles, joining General Motors, Stellantis, Volvo, and Renault. But the company did add a caveat in its press release that the full transition is contingent on “market conditions” because some regions of the world may not have adequate vehicle charging networks.

The announcement comes amid global pressure from the European Union’s proposal to ban new cars with combustion engines by 2035. Other countries and states, including Britain, Norway, and California, have also set deadlines for phasing out new fossil fuel-powered vehicles.

Parts of the planet will probably continue to see heat waves that break previous records by large margins, like the one the Pacific Northwest saw in June, a new study finds. The likelihood of such “record-shattering climate extremes” depends on how quickly the planet warms, and therefore on how quickly we cut emissions.

Wildfires ignited on the Italian island of Sardinia over the weekend, burning up homes and barns, killing livestock, and forcing the evacuation of tourists and residents. While fires are common in the summer on the island, the head of the Italian firefighters’ wildfires coordination department called this weekend’s blazes “extraordinary… for the magnitude,” and the region’s governor called them “a disaster without precedent.”

The shoreline at the Great Salt Lake in Utah has receded to its lowest level on record as drought grips the West. Experts say water levels in the lake could continue to drop into the fall, exposing more of the lakebed and potentially releasing arsenic-laced dust into the air.