It’s Tuesday, August 25, and Exxon is having a bad week. 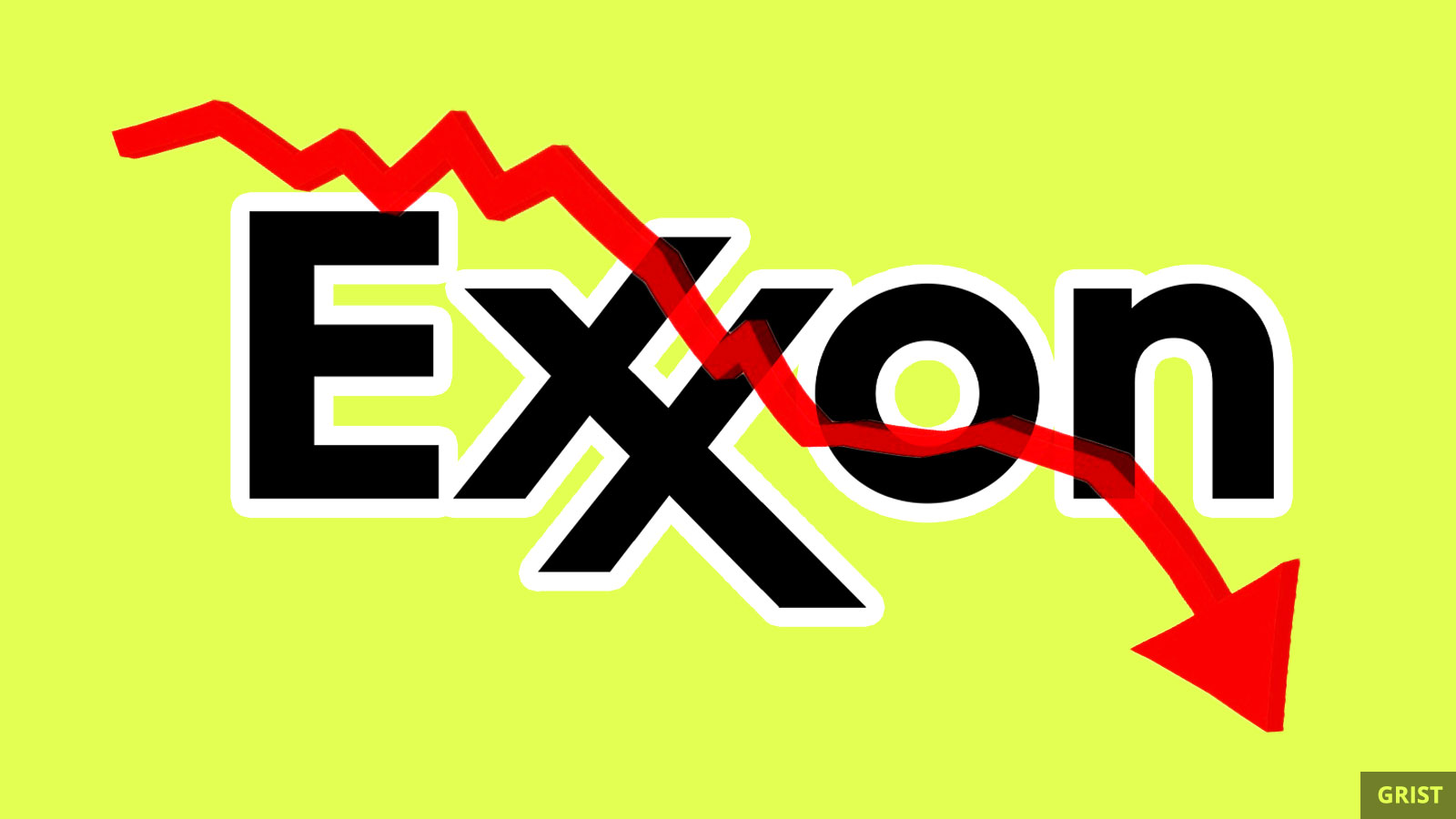 Exxon Mobil Corporation was booted from a famous stock market index and dumped by a $91 billion asset manager this week.

On Monday, S&P Dow Jones Indices, the company behind the Dow Jones Industrial Average, announced that Exxon will be removed from the index. It will be replaced by the cloud-based, customer-management software company Salesforce. The status of the Dow is often reported on the news as an indication of how the stock market has performed on a given day, and it’s made up of 30 large companies weighted by stock price. Exxon had joined the index in 1928, making it the longest-running member of the Dow.

“Those changes are a sign of the times — out with energy and in with cloud,” Chris Zaccarelli, chief investment officer for Independent Advisor Alliance, told Bloomberg Green of Exxon’s ejection from the Dow.

Meanwhile, Storebrand, a Norwegian financial services company that manages $91 billion in assets, announced that it has divested from Exxon, along with Chevron and its positions related to coal as it seeks to improve its climate policies. Storebrand cited Exxon and Chevron’s lobbying against the Paris Agreement as the reason for its divestment.

In 2007, Exxon was worth $525 billion, but its value has fallen in four out of the last six years. Its stock price is down 40 percent just since January, and the company is now worth $180 billion.

An investigation by the Associated Press found that during the COVID-19 pandemic the Environmental Protection Agency has granted more than 3,000 waivers to oil and gas companies, government facilities, and other polluting sites. The lax oversight has allowed these entities to delay or skip smokestack tests, leak inspections on oil and gas infrastructure, and well-water testing for dangerous chemicals.

Scientists found that the earth has lost 28 trillion metric tons of ice since 1994, an amount that “would cover the entire surface of the U.K. with a sheet of frozen water that is 100 metres [more than 300 feet] thick,” Tom Slater, the author of a new review of satellite data, told the Guardian. At this rate, Slater warns, sea-level rise could reach about 3 feet by 2100.

Each year, pollution from Australia’s 22 remaining coal-fired power plants is responsible for 800 premature deaths, 850 cases of low birth weights in newborns, and many thousands of children with asthma symptoms, according to a new analysis from Greenpeace. The environmental advocacy group hopes that quantifying the health impacts will speed up the country’s shift away from the fossil fuel.