It’s Monday, August 24, and the Pebble Mine project could be delayed indefinitely. 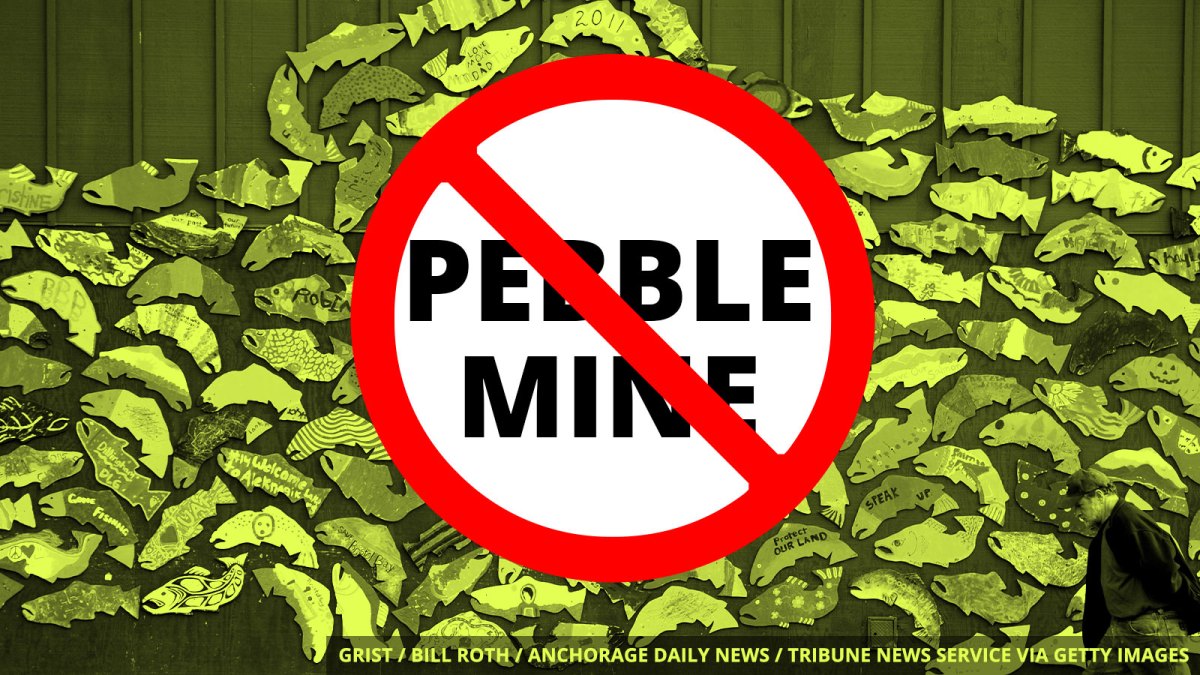 The U.S. Army Corps of Engineers will issue a letter today giving the developers of the Pebble Mine, a proposed gold, copper, and silver ore mine in Alaska, 90 days to submit a new plan to mitigate the project’s impacts on wetlands and streams. The new conditions could delay final approvals for the controversial mine until after November’s presidential election.

The planned site for the proposed mine is near streams that foster spawning salmon, which in turn support the world’s largest commercial sockeye salmon fishery, Alaska Natives who depend on subsistence fishing, and a large sport-fishing industry. The Obama administration vetoed the project after determining that it would impact salmon harvests. Under the Trump administration, the Army Corps reversed that finding but did determine that the proposed mine would impact wetlands and streams.

The chief executive of the company behind the mine said the firm plans to move forward with the mitigation plan. But with mounting opposition — which strangely has united Donald Trump Jr. and Democratic presidential nominee Joe Biden, the future for the Pebble Mine is growing dim.

Tropical Storm Laura killed at least 13 people in Haiti and the Dominican Republic over the weekend and caused Puerto Rico to declare a state of emergency. Laura is expected to soon intensify into a hurricane and hit the Gulf Coast of the U.S. byThursday.

Two crew members died on Friday after a dredging vessel struck a submerged pipeline, causing an explosion and fire in Corpus Christi, Texas. Two other crew members are still missing, according to the U.S. Coast Guard. The Texas Commission on Environmental Quality reported that the vessel hit a propane pipeline, while the Port of Corpus Christi claimed it had struck a natural gas pipeline.

A recent study found that babies born to mothers who had breathed in smoke from a 2104 coal mine fire in the Australian state of Victoria were more likely to have respiratory infections in early childhood. The researchers warned that as climate change increases the risk of wildfires, more pregnant people will be exposed to pollutants that will impactt their future children’s respiratory health.

Portland builds for a better future