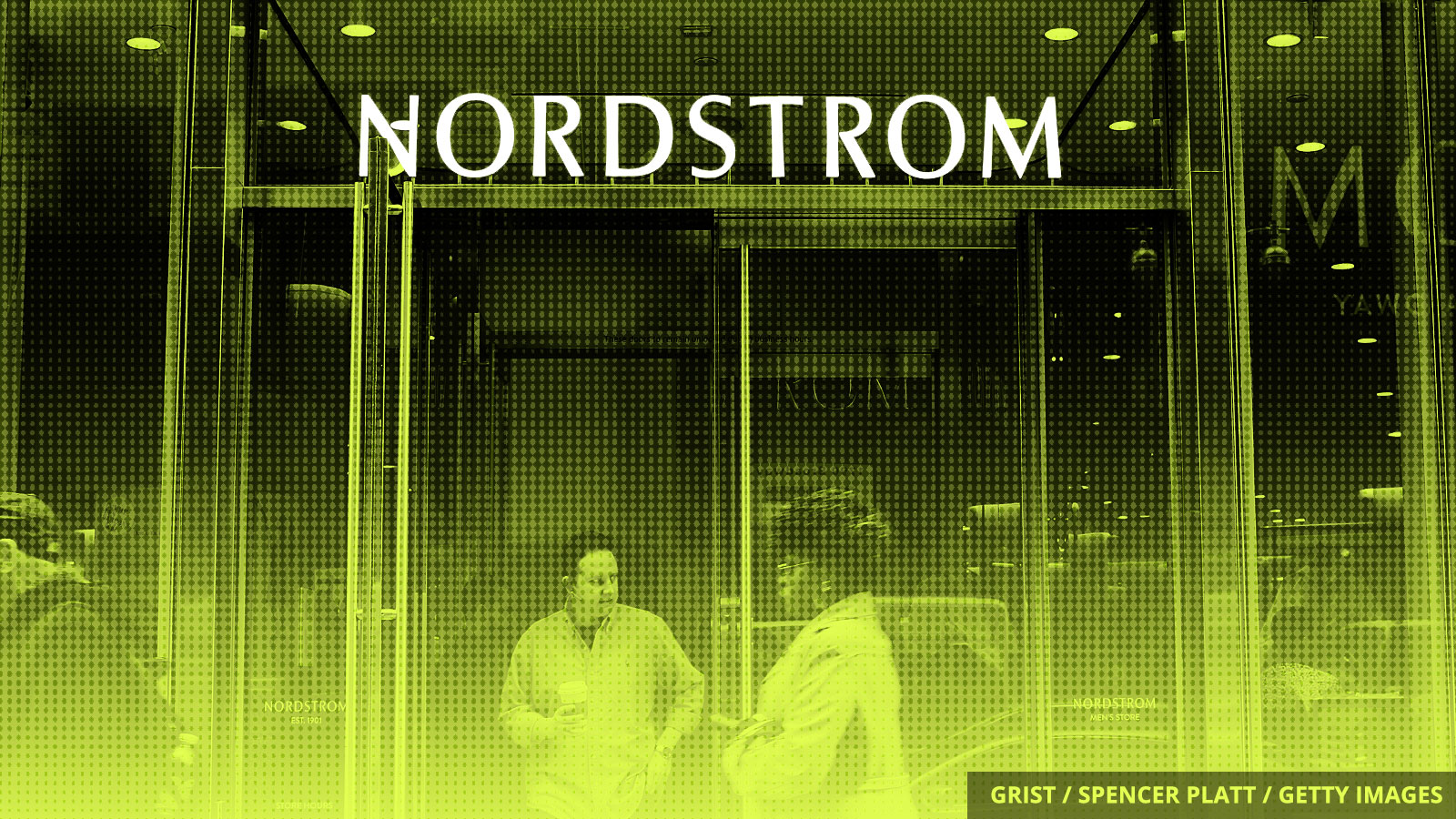 A few friends and I made a New Year’s resolution: to not buy any new clothes in 2020. The fashion industry has a waste problem, a carbon emissions problem, and a water pollution problem. As a result, we certainly aren’t the only ones flocking to the used market, which has grown 21 times faster than the retail market in recent years. Now, fashion giants are taking notice.

This Friday, the upscale department store Nordstrom is launching a new resale section called “See You Tomorrow” on its website. It will sell used clothing, shoes, and accessories that are “highly coveted, expertly curated and ever changing.” The company is also carving out space for the venture in its New York flagship store, where customers will be able to exchange their old clothes for gift cards. Nordstrom follows in the footsteps of other retailers like Macy’s, J.C. Penney, and Madewell, which have also begun selling used goods at a discount.

The trend is a great example of how the path to a more sustainable planet can be financially lucrative. Online secondhand start-ups like ThredUp, the RealReal, and Poshmark have struck gold selling lightly used designer brands to customers eager for a good deal for their wallet — and, maybe, the planet. According to a report by ThredUp, the resale market is expected to triple in size over the next three years.

A new study shows that oil and gas infrastructure in the south-central United States is leaking nearly twice as much methane into the air as the EPA previously estimated. The region, home to oil fields like the Permian Basin, is responsible for 40 percent of the nation’s methane emissions.

The U.S. Energy Information Administration just released an energy forecast that shows that American emissions are expected to fall just just 4 percent by 2050. In order to preserve a livable planet, the Intergovernmental Panel on Climate Change says that we need to reach net-zero emissions by mid-century.

Last November, Turkey planted 11 million trees in a record-breaking display of communal climate action. Now, 90 percent of them are reportedly dead. The saplings were planted at the wrong time by laypeople who didn’t know what they were doing, and they weren’t watered enough, a forestry union group told the Guardian. The Turkish forestry minister denies the claims and says that 95 percent of the trees are still alive.