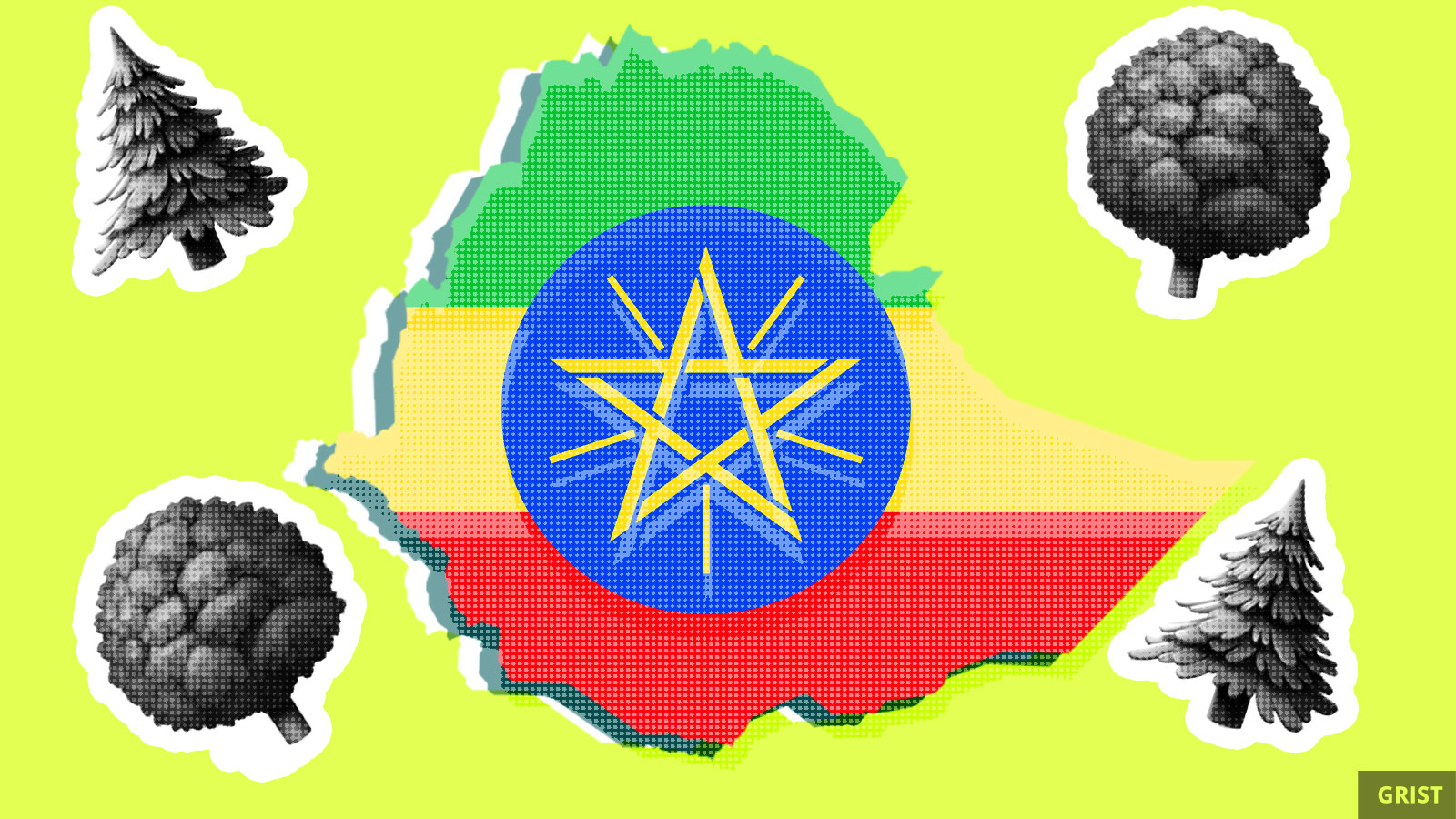 In a span of 12 hours last week, thousands of Ethiopians say they set a new world record by planting exactly 353,633,660 new trees. That figure outstrips the initial record, set in India back in 2017, of 66 million trees within 12 hours.

Ethiopia’s Prime Minister Abiy Ahmed encouraged Ethiopians of all ages to join his national reforestation campaign, called Green Legacy, in order to fight the climate crisis. The initiative’s goal is to plant a total of four billion trees between the rainy months of May and October. Ethiopia, which relies on agriculture for livelihood, is already feeling the effects of the climate crisis through land degradation, deforestation, soil erosion, droughts, and flooding.

Could planting trees really combat climate change? Earlier this month, a new study estimated that restoring lost forests could remove two-thirds of the world’s greenhouse gas emissions caused by human activity. Ethiopia is among over 20 other African countries that promised to restore about 250 million acres of land in Africa by 2030, as part of the African Forest Landscape Restoration Initiative.

Sure, it’s just one country trying to do its part, but the Green Legacy initiative, at the very least, highlights how people can come together to help reverse our climate problem.

Remember when Puerto Ricans came together to send their governor packing? Well, it turns out the newly sworn-in replacement, Pedro Pierluisi, lobbied for a coal-fired utility company that polluted groundwater on the island with coal ash. Now as governor he’ll oversee the sale of Puerto Rico’s public utility to a privately-owned company.

Scientists reported Friday that the heatwave that scorched Europe and is currently melting Greenland was brought to you, in part, by … wait for it … climate change. A World Weather Attribution group analysis said that warming has influenced every major European heat wave dating back to 2003, by either increasing heat levels or likelihood.

It will be impossible to keep global temperatures at safe levels by only addressing emissions from the usual carbon suspects like cars, power plants, and factories, according to a leaked U.N. climate report obtained by The Guardian. The way we manage land and produce food needs to drastically change, too: Agriculture, forestry and other land use accounts for almost 25 percent of global emissions.

Trump vs. his own administration