It’s Friday, August 2, and Trump’s getting some blowback on his climate stance. 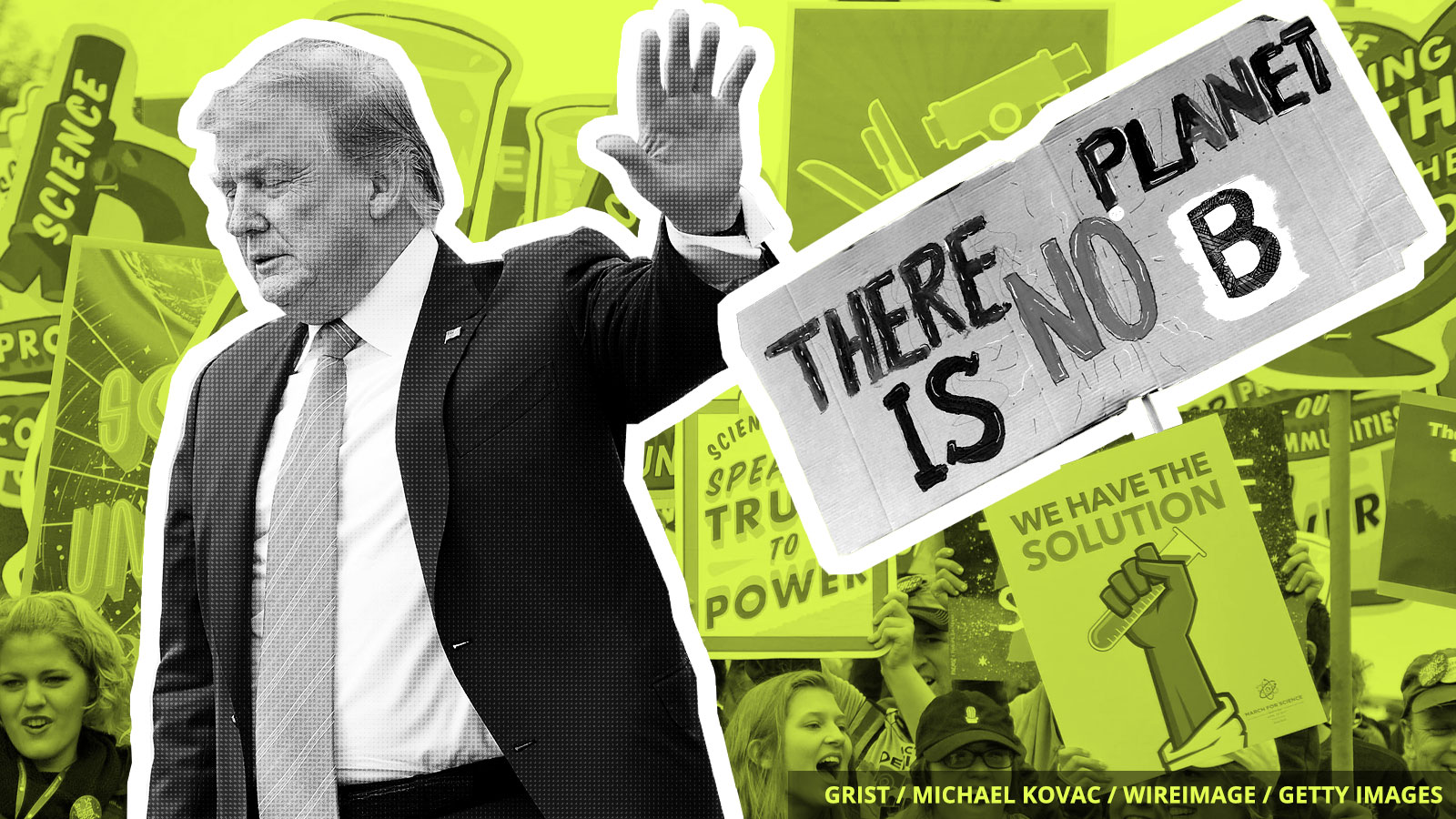 When it comes to warming, the Trump administration’s bottom line has always been denial. That stance is what prompted State Department official Rod Schoonover to resign earlier this week after the White House prevented his written testimony on climate change from ever reaching Congress. Schoonover called his censoring “another example of a well-established pattern in the Trump administration of undercutting evidence that contradicts its policy positions.”

But it looks like some Trump appointees are slowly starting to push back. Energy Secretary Rick Perry, known for championing oil and gas development at the department, took a small, bare-minimum stand on CNBC on Wednesday. “I’m on the record as saying the climate is changing,” he said. “Man, it’s been changing forever. Where have you been?” But when pressed as to why he thought the climate has been changing, he surprised us a little.

“Are we part of the reason?” he asked. “Yeah, it is. I’ll let people debate on who’s the bigger problem here.”

If Perry really wants to stick it to Trump (spoiler: he doesn’t), he should take a page from Kelly Knight Craft’s book. At her Senate confirmation hearing on Wednesday, Trump’s nominee for U.N. ambassador said, “Human behavior has contributed to the change in climate, let there be no doubt.”

But don’t get too excited. Craft later said that reentering the Paris agreement could “imperil” American jobs.” Democrats on the Senate committee also worried that her family’s millions of dollars in fossil fuel investments would sway her judgment as U.N. ambassador, but she assured the panel that she would recuse herself if necessary. “I also understand that fossil fuels have played a part in climate change,” she said.

It’s clear neither Perry nor Craft are climate hawks. They’re not even climate sparrows. But their comments may be a sign that Republicans are wising up to the fact that voters genuinely care about climate change. If Trump keeps hard lining it on this issue, he might have to contend with more insubordination from his crew.

Those electric scooters you’ve been seeing everywhere may seem green, but a new study suggests they contribute more to climate change than the transportation methods they replace (buses, bicycles and electric bikes). Obviously e-scooters don’t emit carbon themselves, but they come with a giant carbon footprint: They’re manufactured in China, transported to the U.S., and then moved around cities with gas-guzzling vehicles.

A gas pipeline explosion in Kentucky early Thursday killed one person, sent at least five people to the hospital, and completely destroyed five homes. The blast was so powerful that one witness compared it to an atomic bomb going off. Authorities are still investigating the cause of the explosion, which shot a “fireball” 300 feet into the air.

Welp, its official: July 2019 was the hottest month worldwide in recorded history. “This year alone we have seen temperature records shatter from New Delhi to Anchorage, from Paris to Santiago, from Adelaide to the Arctic Circle,” U.N. Secretary-General Antonio Guterres said during a press conference Thursday. “This is not your grandfather’s summer.”