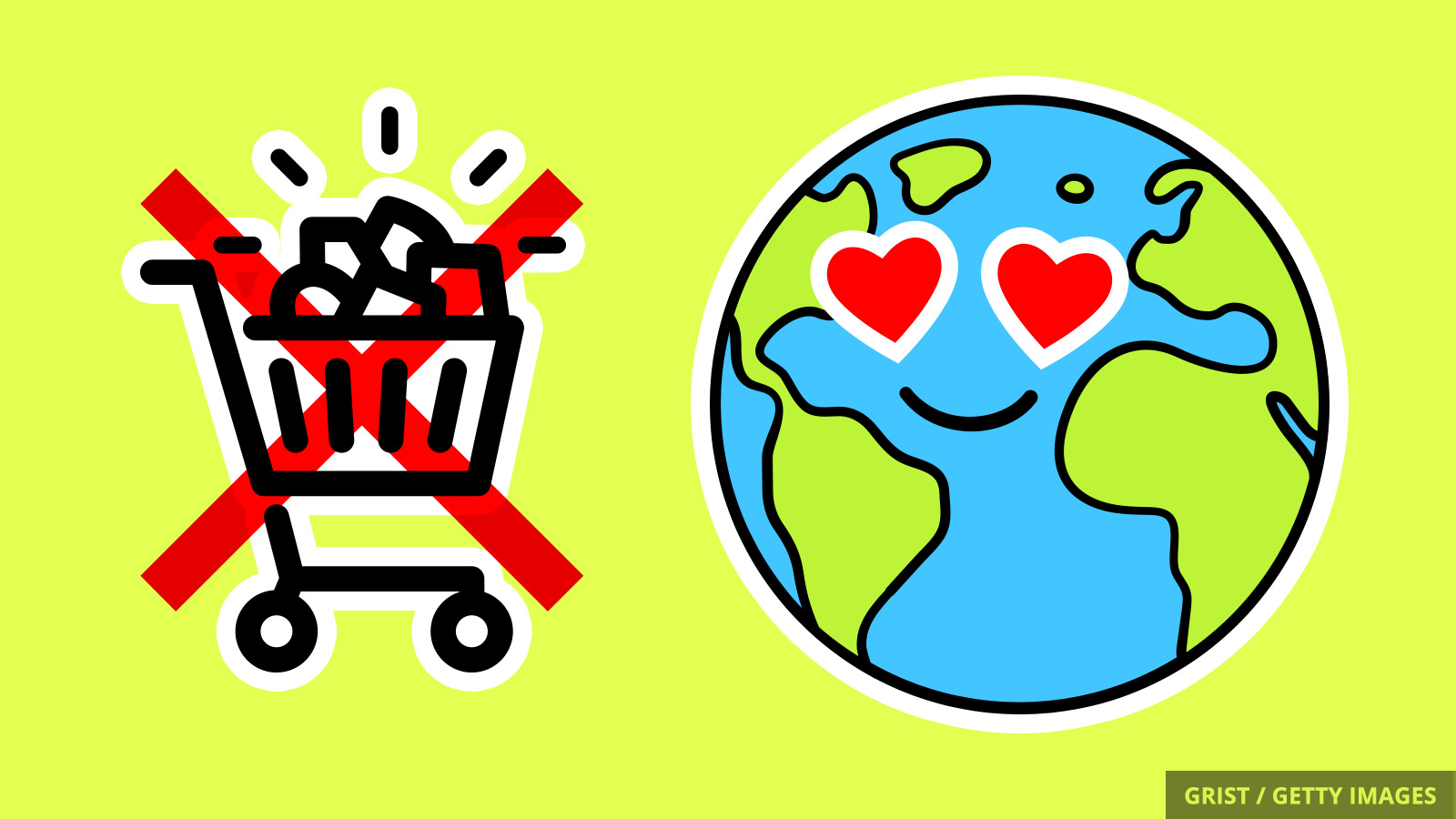 A new study from the Norwegian University of Science and Technology suggests taking steps to live more sustainably, like buying less stuff and eating local food, is good for both the planet and the people involved — especially when the steps are taken by a whole community.

The researchers surveyed 141 members of community-based sustainability projects like food coops and eco-villages in Germany, Italy, Romania, and Spain. They asked participants how happy they were, and compared their answers and carbon footprints with those of more than 1,000 people living in the same places but not involved with climate projects.

The people who participated in local sustainability initiatives ate more plant-based foods, bought more used clothing, and were more likely to ride their bikes instead of driving. So it’s no surprise that their carbon footprints were 16 percent smaller than those of people not involved in climate-friendly community groups.

And it turns out they were happier, too. Those trying to reduce their environmental impact reported 11 to 13 percent higher levels of satisfaction and feelings of fulfillment than those who weren’t.

Buying less stuff and eating more vegetables en masse won’t reduce emissions enough to keep warming below the 2 degrees C outlined in the Paris Agreement. But in the meantime, individual action can make a difference, and it can make you feel better, too.

Greenhouse gas levels in the atmosphere hit a new record high last year, according to the World Meteorological Organization. Nitrous oxide, which in part comes from burning forests, had its biggest jump on record. “There is no sign of a slowdown, let alone a decline,” said WMO Secretary-General Petteri Taalas.

One of the country’s largest private gas companies, has been funneling money from its customers to advertising and pro-gas groups, according to the Los Angeles Times. The L.A.-based Southern California Gas Co. argues that it’s appropriate to use customers’ money to promote natural gas as part of helping California meet its carbon-cutting goals.

The Trump administration has exempted specific coal-fired power plants in proposed regulations to help them cut costs. The beneficiaries include a Tennessee plant that would be allowed to dump almost 10 times more mercury into the Cumberland River, according to E&E News.

Global warming gets a blast of Coldplay