It’s Friday, November 22, and Coldplay gets the gravity of the climate crisis. 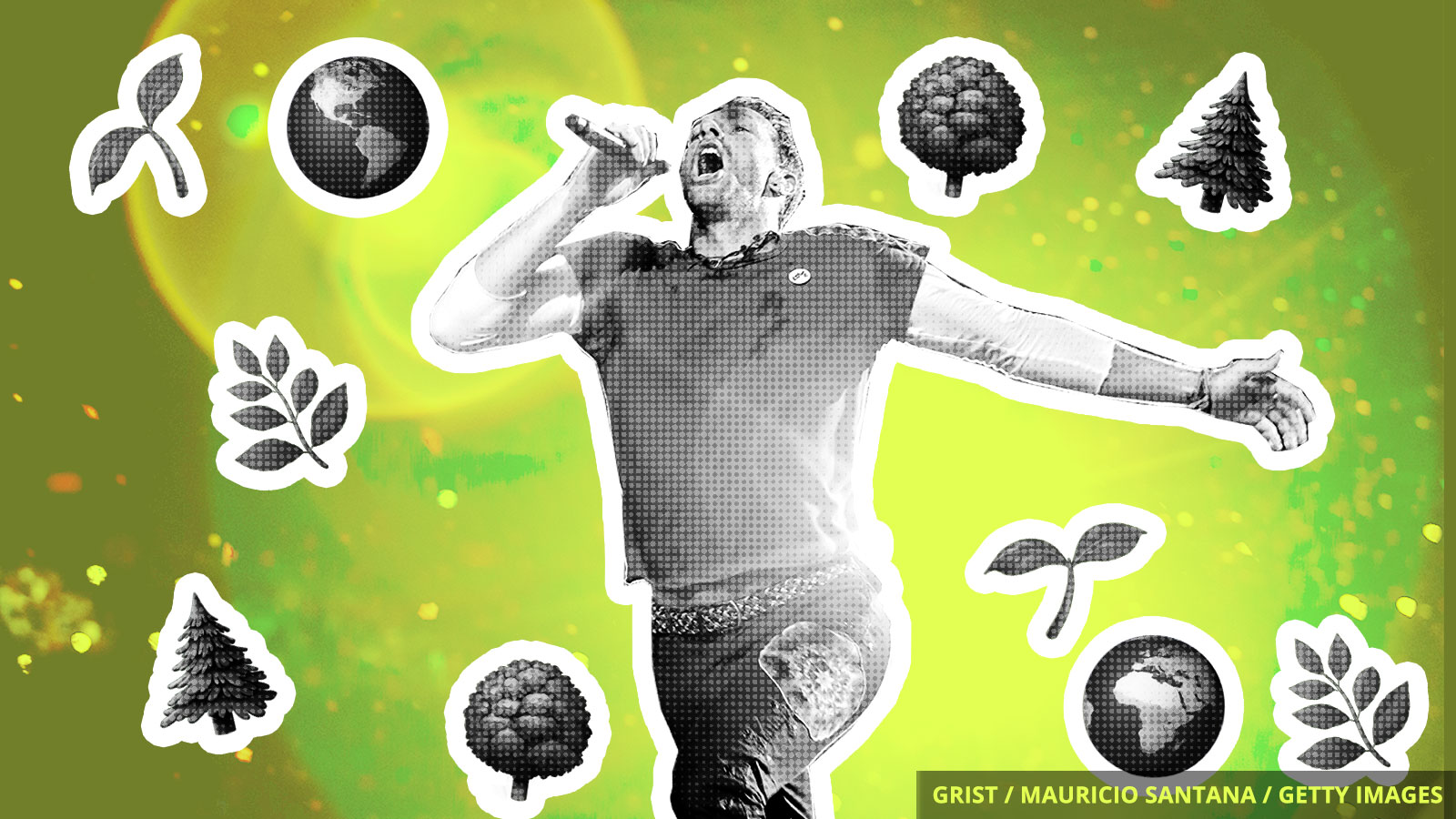 The British rock band has clearly been listening to the scientist(s), because the group says it will not tour its new album, Everyday Life, until it figures out how to make its concerts carbon-neutral.

That’s right, Coldplay has a head full of dreams, and it’s not alone. While putting on environmentally-friendly concerts is not the norm (yet) for mainstream musicians, Jack Johnson, Pearl Jam, and Adele are also working on bringing down their tour-related emissions.

Bands performing in the U.K. release 405,000 tons of emissions every year. Most of that comes from the audience traveling to the concert and the venue powering the show. Coldplay might not be able to control the former, but it can do something about the latter.

“We’ve done a lot of big tours at this point,” Coldplay frontman Chris Martin told the BBC. “How do we turn it around so it’s not so much taking as giving?”

How’s that for a hymn for the weekend? Now, if the rest of the world would do something just like this, we could be living in paradise instead of, well, climate hell.

Under the Trump administration, criminal prosecutions of polluters have plummeted to the lowest levels since 1990, according to statistics from the Justice Department. Although the EPA says it is working harder than past administrations to convict the worst offenders, an Associated Press analysis shows otherwise.

New South Wales suffered the worst levels of air pollution ever recorded on Friday due to smoke from bushfires that have ravaged eastern Australia in recent days. Meanwhile, Sydney — the country’s most populous city — made a rare appearance in the top 10 list of the most polluted cities in the world.

Wisconsin Governor Tony Evers, a Democrat, signed into law a bill that would make trespassing or damaging oil and gas pipelines a state felony punishable by fines up to $10,000 and up to six years in prison. Native American tribes say that it could also penalize people who protest peacefully against pipeline projects that cut across their lands.

Get your nominations in by midnight TONIGHT to help us find our next batch of 50 up-and-coming changemakers working to make this planet a better place for everyone!

One Happy Meal, hold the toy