It’s Monday, June 13, and you might soon be able to buy solar panels at Ikea. 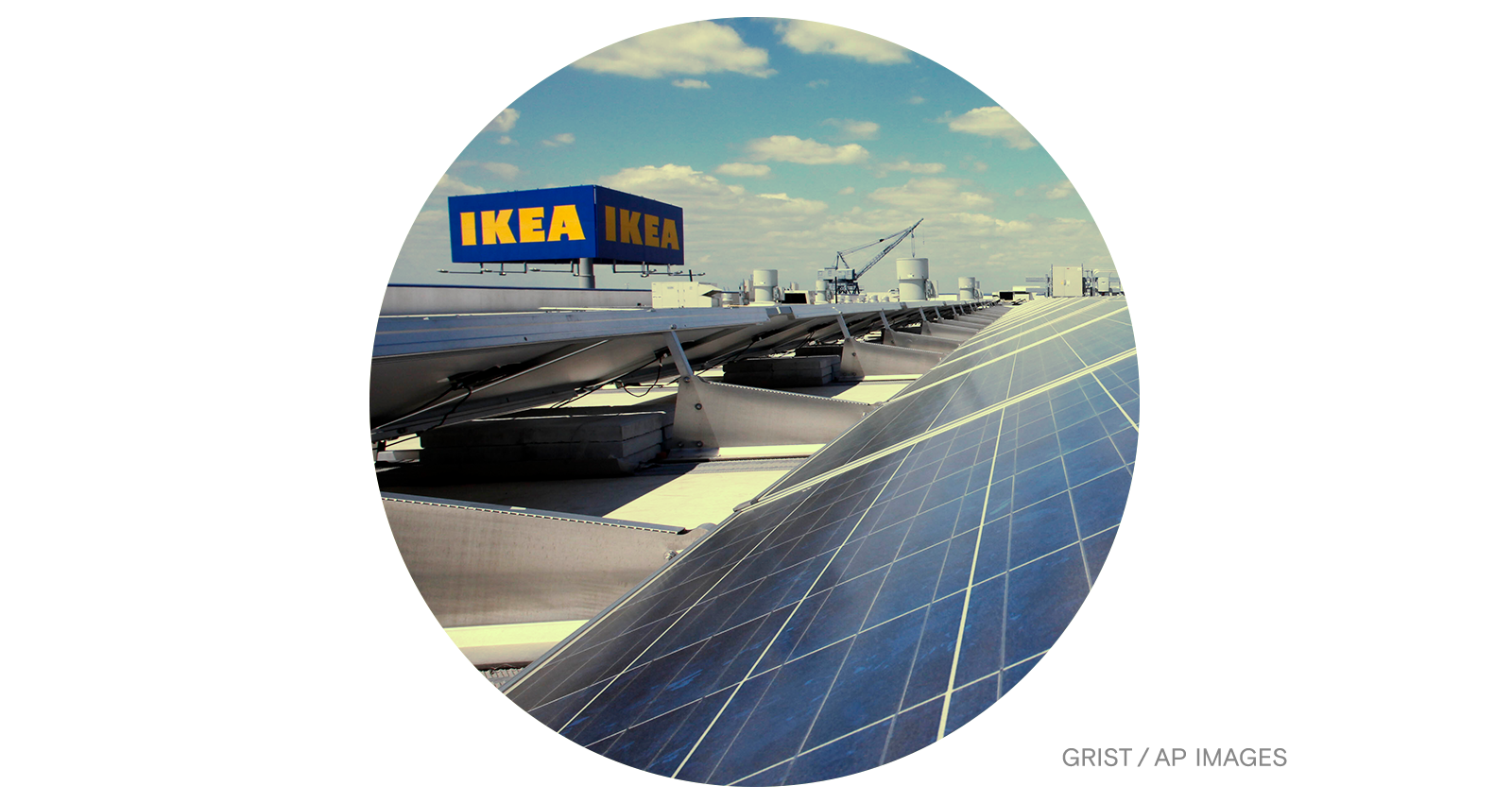 Ikea, the iconic purveyor of easy-to-assemble furniture and Swedish meatballs, is expanding into an unexpected market: solar panels.

Starting this fall, members of Ikea’s customer loyalty program will be able to purchase rooftop solar panels from some of the company’s California locations. The program, announced last month under the name “Home Solar,” is a partnership between Ikea U.S. and a U.S. solar provider called SunPower, which will assemble and install solar arrays and batteries that can store excess electricity. According to Ikea, the program is intended to help expand consumers’ access to renewable energy, “reducing their overall climate footprint.”

“The launch of Home Solar with Ikea will allow more people to take greater control of their energy needs, and our goal is to offer the clean energy service at additional Ikea locations in the future,” Javier Quiñones, Ikea’s CEO and chief sustainability officer, said in a statement.

Ikea’s California solar program will be the company’s first foray into selling solar panels in the U.S., but it won’t be the first time the Swedish company has dipped its toe into the rooftop solar market. Customers in 10 European countries and Australia can already buy solar panels at local Ikea stores, and U.K. residents could buy solar arrays at Ikea from 2017 to 2019. (Ikea stopped selling solar panels in the U.K. in 2019 due to a change in government subsidies.)

The announcement from Ikea U.S. follows other efforts from the company to boost sustainability. Even as Ikea faces scrutiny for its rapacious consumption of wood, it has pledged to halve climate pollution from across its global supply chain by 2030 and has already installed rooftop solar panels on 90 percent of its stores in the U.S. Earlier this year, Ikea also launched a buy-back and resale program at 37 U.S. locations, allowing customers to get store credit for their gently used Ikea furniture.

Many devices, one charger