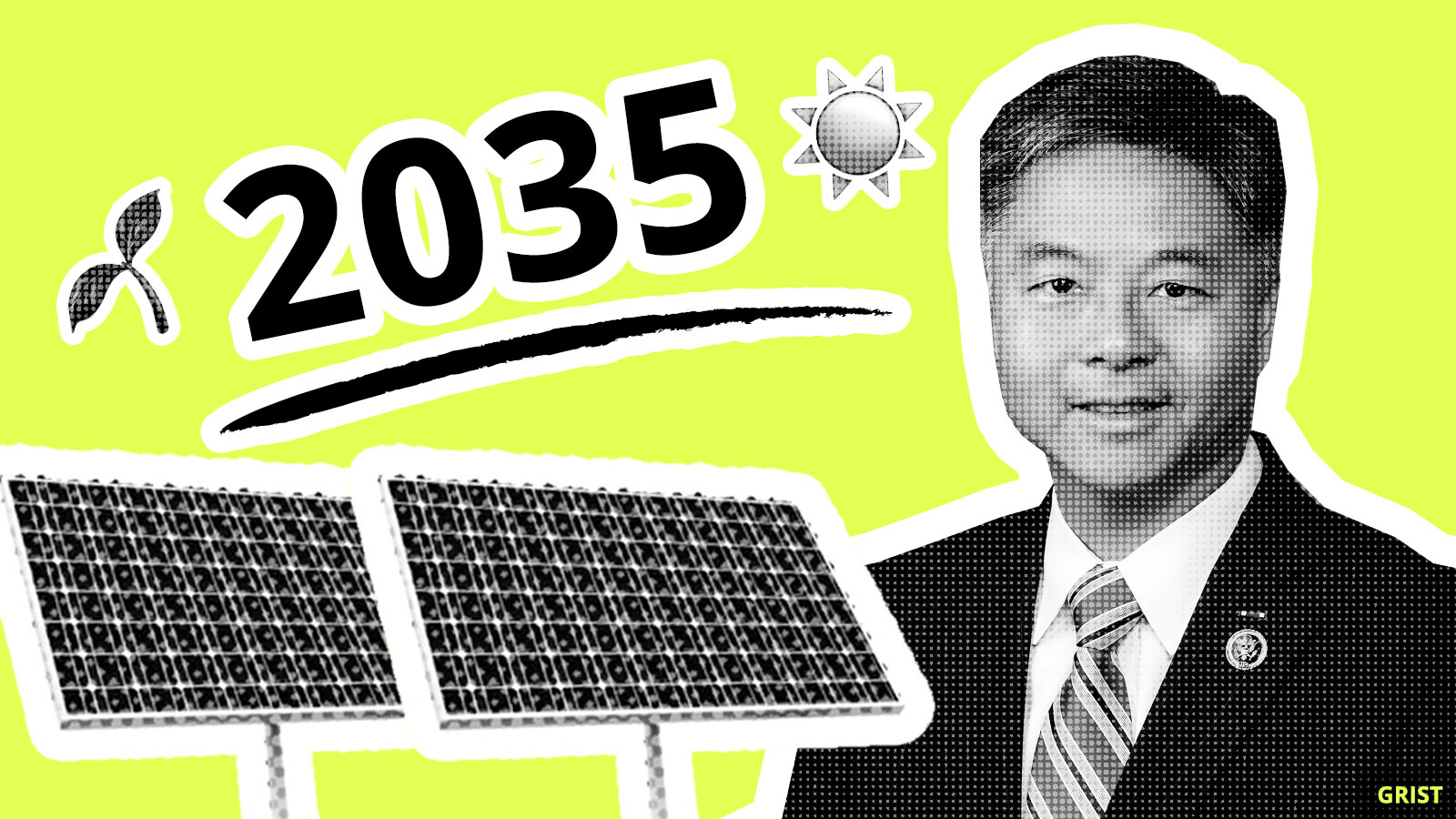 One of the first big climate bills of the 116th Congress has already arrived, and it’s a doozy (in a good way). Representative Ted Lieu, a California Democrat, introduced a measure on Tuesday that would require 100 percent of the country’s electricity to come from renewables by 2035. Yep, all of it.

H.R. 330 is in line with the kind of rapid, large-scale decarbonization called for by advocates of a Green New Deal. In addition to creating a national renewable energy standard, the bill would boost energy efficiency and set a target for cutting greenhouse gas emissions by a whopping 80 percent below 1990 levels by midcentury.

“Now that Democrats are in the majority, we can and will be more aggressive on curbing the impact of climate change and creating a sustainable future for generations to come,” Lieu said in a statement. (His bill, of course, has a snowball’s chance on a rapidly warming Earth of getting through the Republican Senate.)

But take heart, my fine-feathered climate hawks. A clutch of other progressives plan on introducing similar bills in this new, bluer Congress. Vermont Senator Bernie Sanders will likely soon offer legislation that also reflects the influence of the Green New Deal, and Rhode Island Senator Sheldon Whitehouse will probably float a carbon tax during this Congressional session. Surely, none shall pass under President Trump, but it’s nice to have some solutions to choose from.

The Environmental Protection Agency is surviving on a threadbare budget and skeleton staff as the government shutdown enters its 20th day. Toxic Superfund cleanups, environmental testing and inspections, and the pursuit of criminal polluters are all halted, putting the health of Americans at risk. Gary Morton, president of a labor union that represents about 9,000 EPA workers, called the situation “a nightmare.”

With morale sinking at the EPA, Trump formally nominated Andrew Wheeler to head the agency (or as Politico quipped “to deregulate the EPA”). The former coal lobbyist comes with a long history of doing pretty much the opposite of EPA’s intended purpose. To take one example: Wheeler threw shade on the findings of the 4th National Climate Assessment after it came out in November.

Meanwhile, counselors are reporting that residents in the southeastern section of Texas are still suffering from the psychological toll of Hurricane Harvey, which struck in August of 2017. Mental health professionals there think that far more people are struggling with post-traumatic stress disorder from the storm than are seeking treatment.

The Keystone State is going green