It’s Wednesday, October 17, and it’s getting windy and sunny in here! 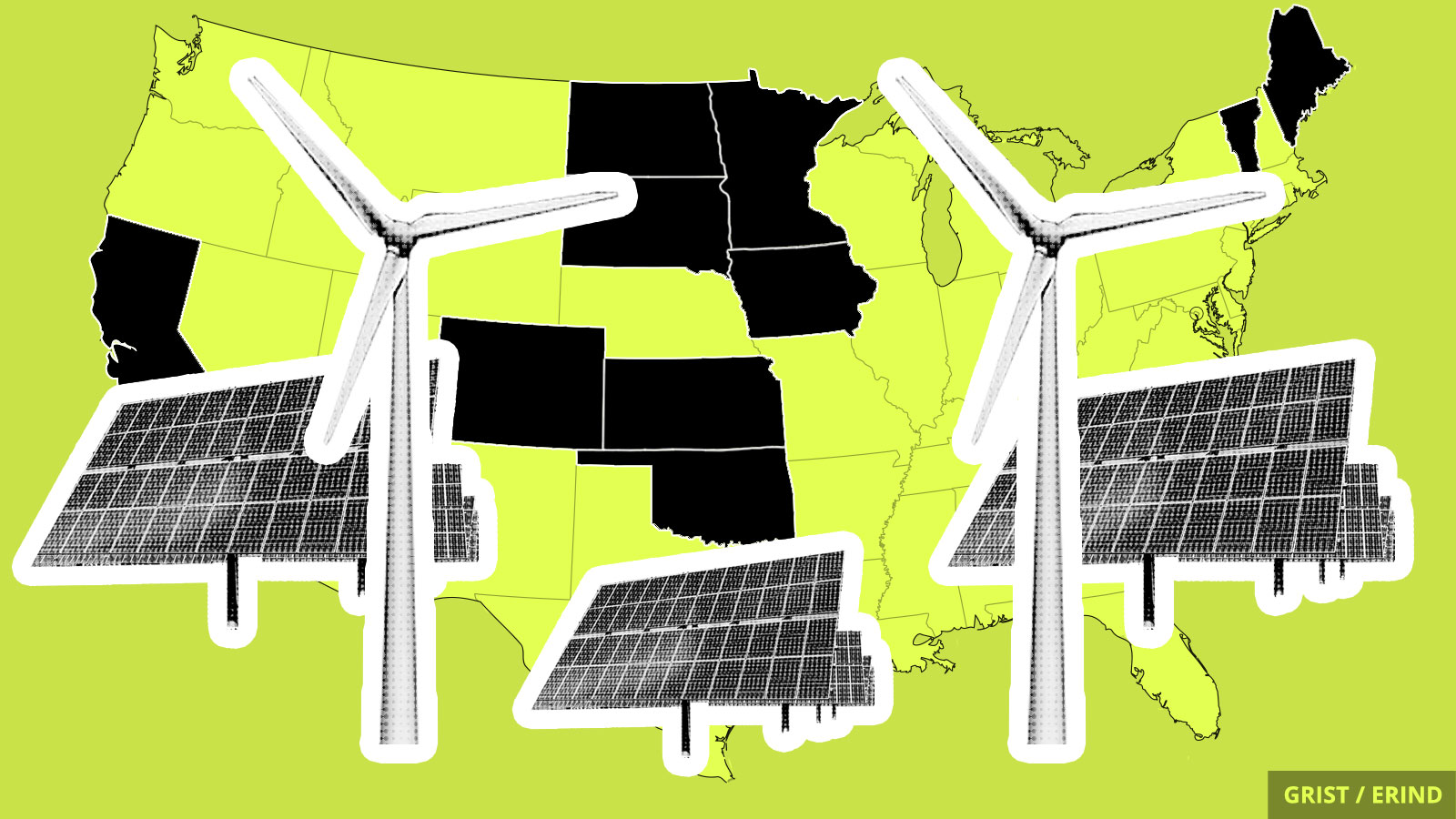 The United States got 8 percent of its electricity from wind and solar last year, but some states went above and beyond. Ten states across the country generated more than 20 percent of their electricity from those clean sources, according to a new analysis by the U.S Energy Information Administration.

Are blue states leading the pack? No, the top five renewable champions all went red in the 2016 election. Iowa generated 37 percent of its energy from wind last year, earning it the top spot on the list. The runners up are Kansas, Oklahoma, South Dakota, and North Dakota — all states in the Wind Belt, the breezy midsection of the country stretching across the Great Plains and Rocky Mountains down to Texas.

The usual climate champs, Vermont and California, are Nos. 6 and 7 on the list. Solar makes up about half of Vermont’s clean electricity generation and more than two-thirds of California’s. While the Wind Belt’s renewable cred was driven mainly by market forces, these two states owe some of their success to the strong goals they’ve set. California recently promised to get to 100 percent zero-carbon electricity by 2045, while Vermont aims for 75 percent renewable energy by 2032.

Maine, Colorado, and Minnesota round out the top 10. Others, including Hawaii and Texas, are on the verge of joining the exclusive 20 percent club, according to PV Magazine.

Lest you think the rest of the country runs on a diet of pure fossil fuels, keep in mind that there are other non-greenhouse gas sources out there. Hydropower, for example, makes up about two-thirds of Washington state’s electricity generation.

Climate change isn’t an opinion; it’s the scientific consensus. That hasn’t prevented President Trump from “revising” his opinion on climate change. In an interview on 60 Minutes, the president explained that he doesn’t believe climate change is hoax, as he has previously said. What he does believe: “Something’s changing, and it’ll change back again,” he told CBS’s Lesley Stahl. Still sounds like denial to us.

Many of the World Heritage sites might one day be a memory thanks to … well, you know what. A study published in Nature revealed that many of these landmarks across the Mediterranean are highly vulnerable to flooding and erosion. If you want to see the canals of Venice, the ancient city of Ephesus, or the Temple of Artemis, now might be your only chance.

The Pentagon has called climate change a national security threat. Yet that didn’t seem to factor into Interior Secretary Ryan Zinke’s latest proposal to use West Coast military bases to export oil and coal to Asia, as the Associated Press reported. The decision would bypass state and local authorities who have waged a long fight against coal export terminals.

The world isn’t totally burning up yet