It’s Tuesday, October 16, and the world isn’t totally burning up yet. 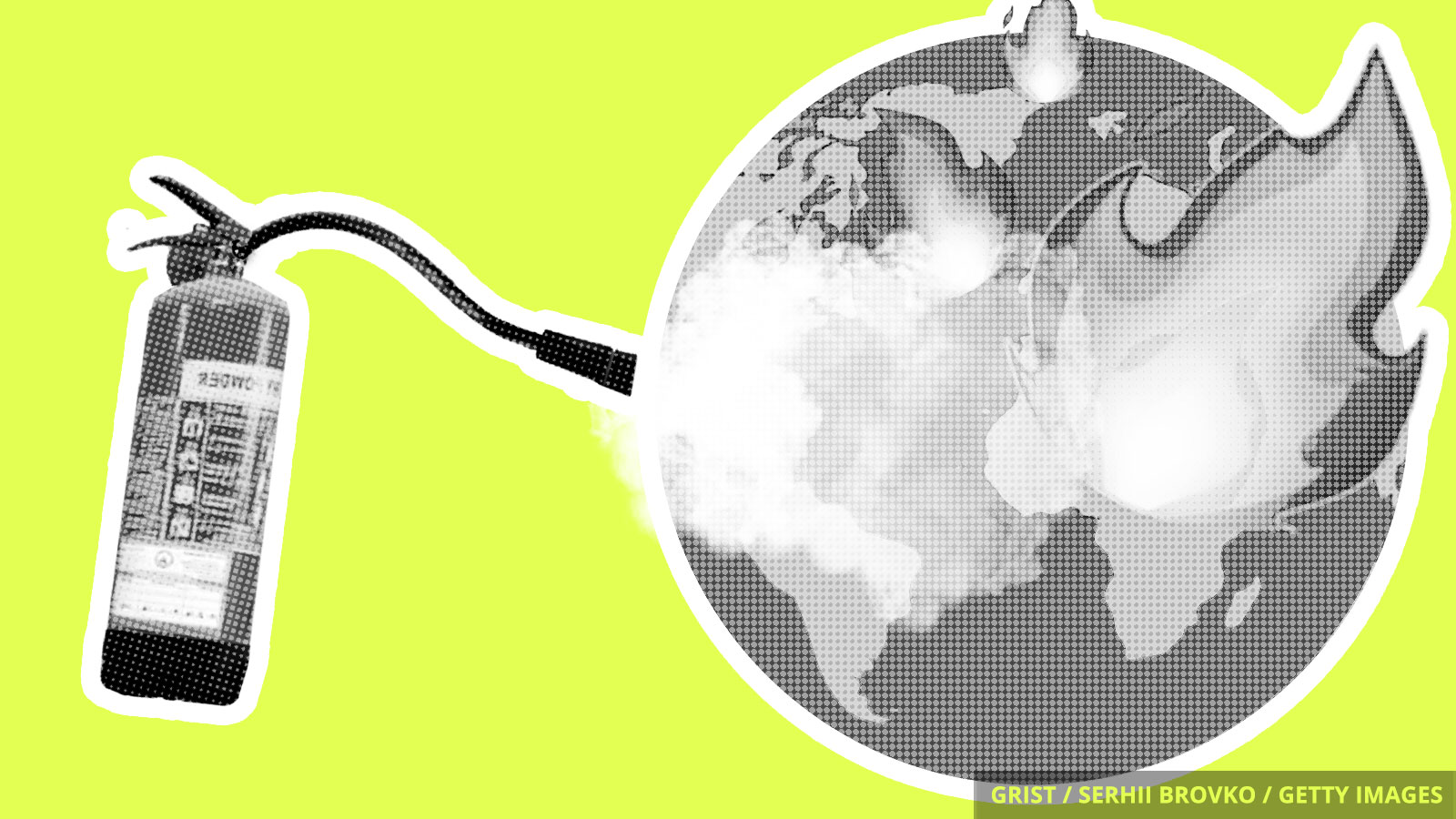 It’s been a little more than a week since the world’s top scientists handed us an extremely long, incredibly terrifying report. On our current track, the Intergovernmental Panel on Climate Change warned, we would see 1.5 degrees C of global warming in just 12 years. For reference, 1.5 degrees is now thought to be the upper limit that would keep ecological and societal systems stable.

So can we keep the world from going up in flames? The report prompted plenty of thinking about what’s next.

It’s no secret than environmentalists and the energy industry are at odds over how to cut greenhouse gas emissions. So it’s notable that the leader of a big foundation backing climate solutions, MacArthur, and the president of a major energy firm, Exelon Corp., teamed up to write a piece in Time challenging both sides to work together. They say we should push for renewables along with carbon capture technology and safe nuclear power. “Even though our institutions differ on purpose and priorities, we can both agree that time is running out to return to a safe and stable global climate,” they write.

In reaction to the IPCC report, people have been wondering exactly how much behavior changes like taking the subway or eating less meat really matters anyway. After all, 71 percent of global greenhouse gas emissions can be traced back to just 100 big corporations. (The Washington Post reported how they could clean up the mess they’ve made.) But shrinking your carbon footprint isn’t a futile gesture, as this interview in Vox explains.

And, finally, for reason to be optimistic, read Rebecca Solnit’s essay in the Guardian. A dozen years ago, the climate movement was a ragtag group; now, it’s a global movement taking on pipelines, divestment, policy, and law, and sometimes it wins. “The histories of change that have made me hopeful are often about small groups that seem at the outset unrealistic in their ambition,” she writes. “Whether they were taking on slavery in antebellum USA or human rights in the Soviet bloc, these movements grew exponentially and changed consciousness and then toppled institutions or regimes.”

You might notice the familiar lisps and trills of insects have quieted. That disturbing stillness is climate change at work. A new report on Monday revealed that huge numbers of bugs have been lost in Puerto Rico forests as insects wither in the heat, unable to adapt to warming temperatures. It’s the latest study showing a sharp decline in insects: A 2014 study estimated that global invertebrate populations had decreased by 45 percent in just 35 years.

It’s been a week since Hurricane Michael turned large swaths of northern Florida to rubble. On Monday, authorities announced that evacuees can return home. Some aren’t willing to go just yet. One longtime resident of Mexico Beach told CNN he was ready to move away. “I couldn’t get nothing for this land now,” he said. “People gonna be scared to death to come down here to buy and invest money. So we’re just going to leave it.”

The Trump administration is considering loosening decades-old clean water regulations to allow drillers to discharge wastewater directly into rivers and streams that supply drinking water, the Houston Chronicle reported. Historically, fracking companies have pumped brackish wastewater into disposal wells thousands of feet beneath the earth’s surface, but some of those wells are now reaching capacity. The Environmental Protection Agency intends to make a decision next summer.

The media have started asking questions about climate change