It’s Wednesday, June 12, and the U.K. is keeping calm and carrying on in the face of climate crisis. 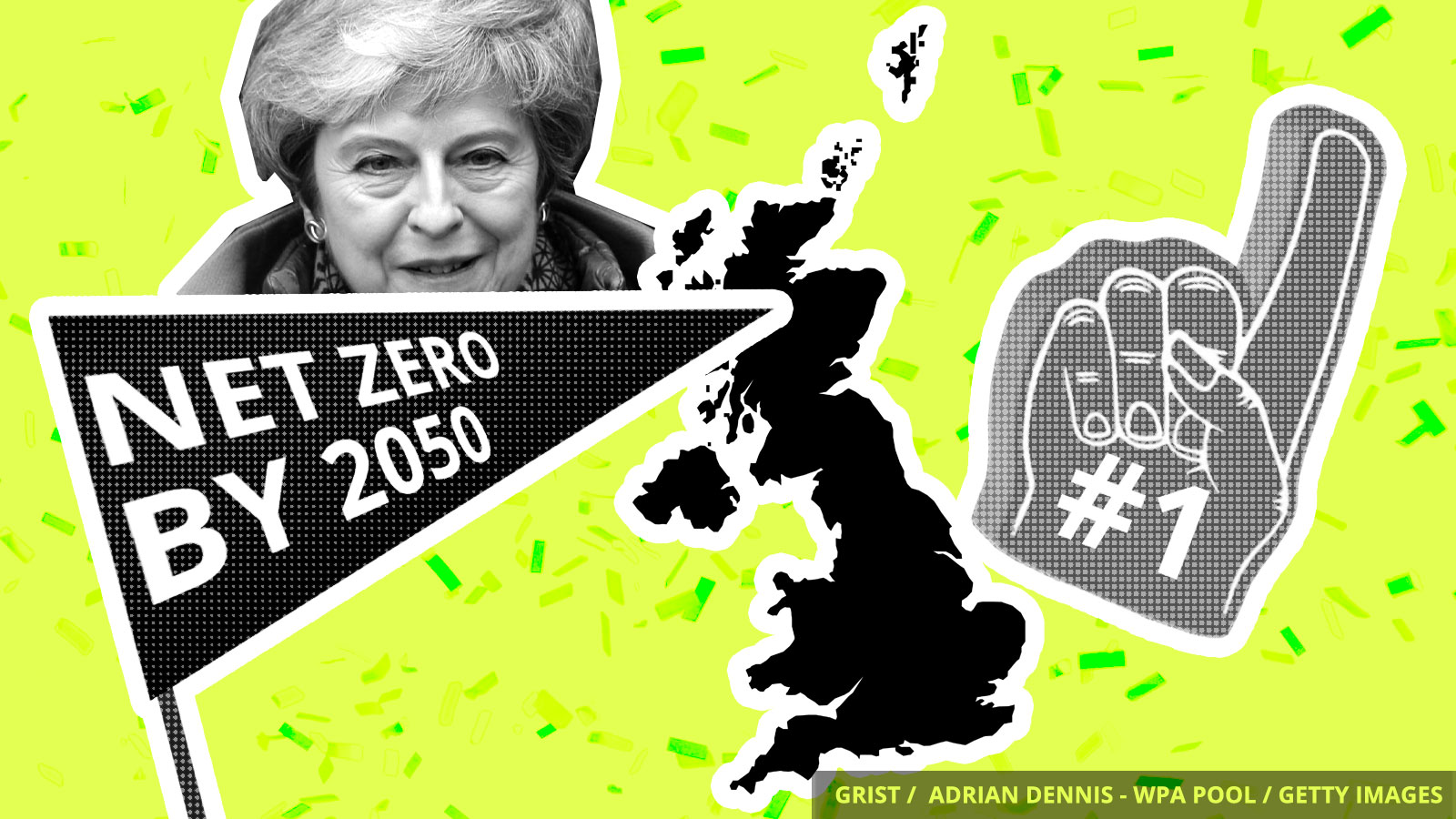 Outgoing Prime Minister Theresa May will put legislation to members of Parliament on Wednesday that will require Britain to cut its emissions to net-zero by 2050, which would make it the first country in the G7 with such a commitment. The measure has broad political support in the House of Commons despite bitter divides that remain over the seemingly never-ending Brexit negotiations.

The U.K government’s Committee on Climate Change had recommended the cuts back in May. Their report noted that if other countries follow suit, there is a 50-50 chance of staying below the recommended 1.5 degrees C (2.7 degrees F) temperature rise by 2100. Believe it or not, that projection is a win.

“This is a historic commitment that will reverberate right around the world,” Laurence Tubiana, an architect of the Paris climate agreement, told the BBC.

The hope is that the U.K.’s plan will inspire other major economies to follow suit, but if not, there is a caveat written into the deal. May said that the U.K. would reevaluate the plan five years from now to make sure British industries weren’t facing unfair competition from countries that haven’t made similar commitments.

The climate crisis poses a threat to peace in countries around the world in the coming decade, according to a new report from the Institute for Economics and Peace. Nearly a billion people live in high-risk areas where climate change is likely to deplete vital resources, undermining political and economic stability. And 40 percent of those countries are already struggling with conflict.

Global carbon emissions rose at a faster rate last year than in any year since 2011, according to the latest report by oil and gas giant BP. The cause? A shitty feedback loop: Extreme temperatures around the globe sharply accelerated energy demand as people cranked up the AC or heater, generating even more climate-changing emissions.

There’s no such thing as a free lunch — especially when oil companies are buying. According to internal documents obtained by the Guardian, Mobil’s charitable foundation made tax-exempt donations to universities, civic groups and arts programs in the early 1990s — all in an effort to fight environmental regulation and promote the company’s interests.

The Garden (state) just got greener