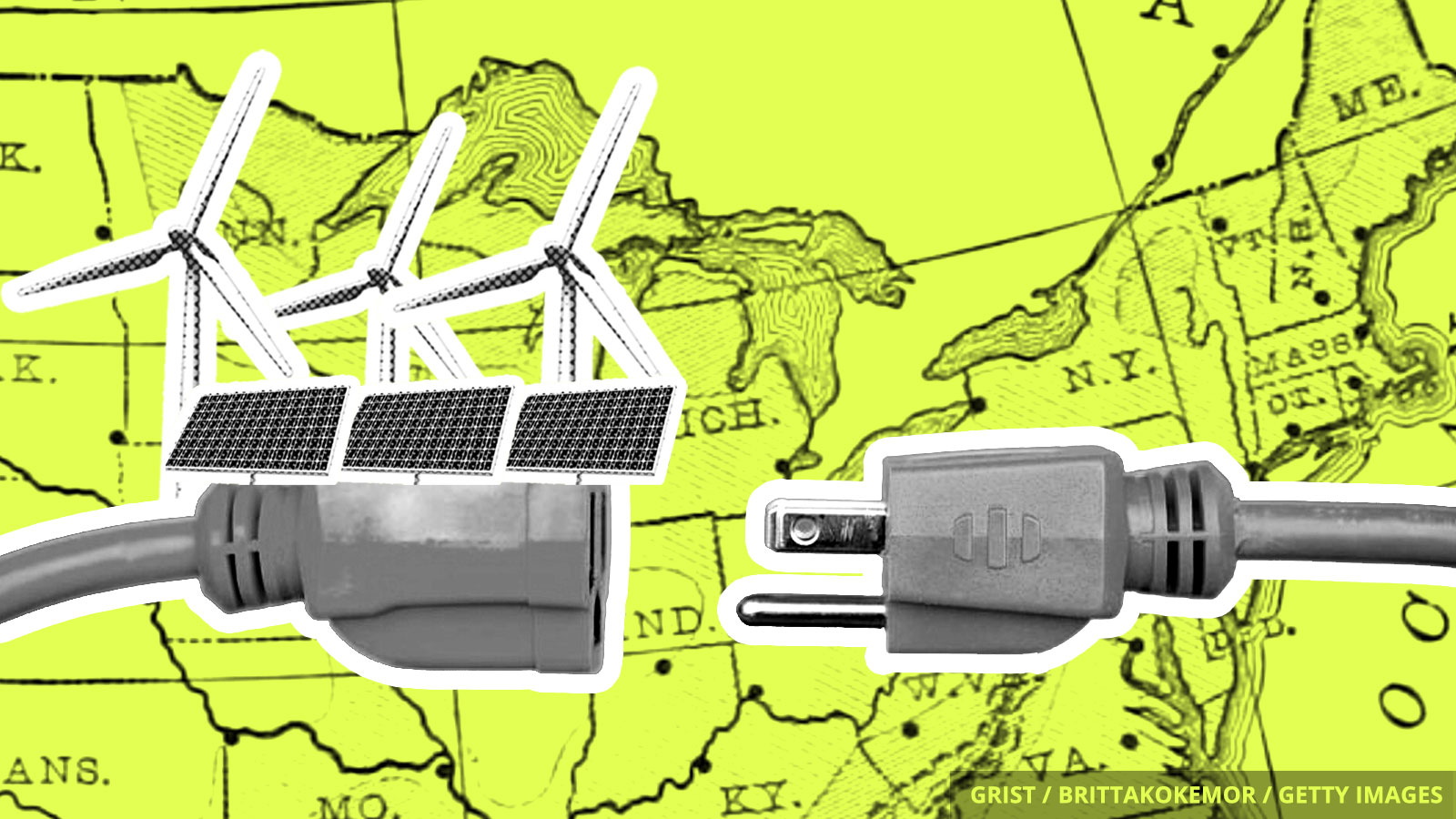 A new private transmission line is coming! So what, you say? Oh, no biggie, it’ll just carry renewable electricity through the American heartland.

German industrial giant Siemens is teaming up with a Danish investment fund to back the ambitious $2.5 billion project. The nearly 350-mile-long underground “extension cord” would carry energy generated from solar arrays and wind turbine farms in Iowa into the Chicago area through a railroad corridor owned by Canadian Pacific Railway. There, it’ll hook up with a power grid that serves 13 states — all the way into the eastern U.S!

Once the aptly named SOO Green Renewable Rail is completed, it should be capable of carrying 2,100 megawatts — as much as a nuclear power plant can generate. Developers hope to have the transmission line up and running by 2024.

Though building an underground line is nearly twice as expensive as an aboveground line, it has its merits. “The fact is that going underground, you don’t have wires rubbing up against trees,” Joe DeVito, president of Direct Connect Development Co., which is working on the project, told the Wall Street Journal. “You are not going to have tornado impacts. It is safer and more resilient.”

If the world sticks to the goals in the Paris Agreement, the planet will avoid climate breakdown and everything will be hunky-dory, right? Wrong, says a new U.N. report that shows the Arctic is “locked in” to a 3 to 5 degree C temperature increase by 2050. The region’s thawing permafrost holds an estimated 1,672 billion metric tons of CO2. That’s decades worth of greenhouse gas emissions.

Lucky for us, we have a president who understands the extreme dangers posed by global climate change. Oh, wait, that was the last guy. Yesterday, Trump took to Twitter to quote climate skeptic Patrick Moore: “The whole climate crisis is not only Fake News, it’s Fake Science.”

Governor Mark Gordon of Wyoming recently signed a bill that requires power companies to find buyers for their own coal-fired power plants before dismantling them. In other words, utilities will have a harder time abandoning coal in Wyoming. Some argue the bill could keep coal plants on an expensive IV drip.

50 Beacons in the Smog