It’s Friday, June 8, and U.S. mayors are going green — no matter what Trump-stacles lie in their path. 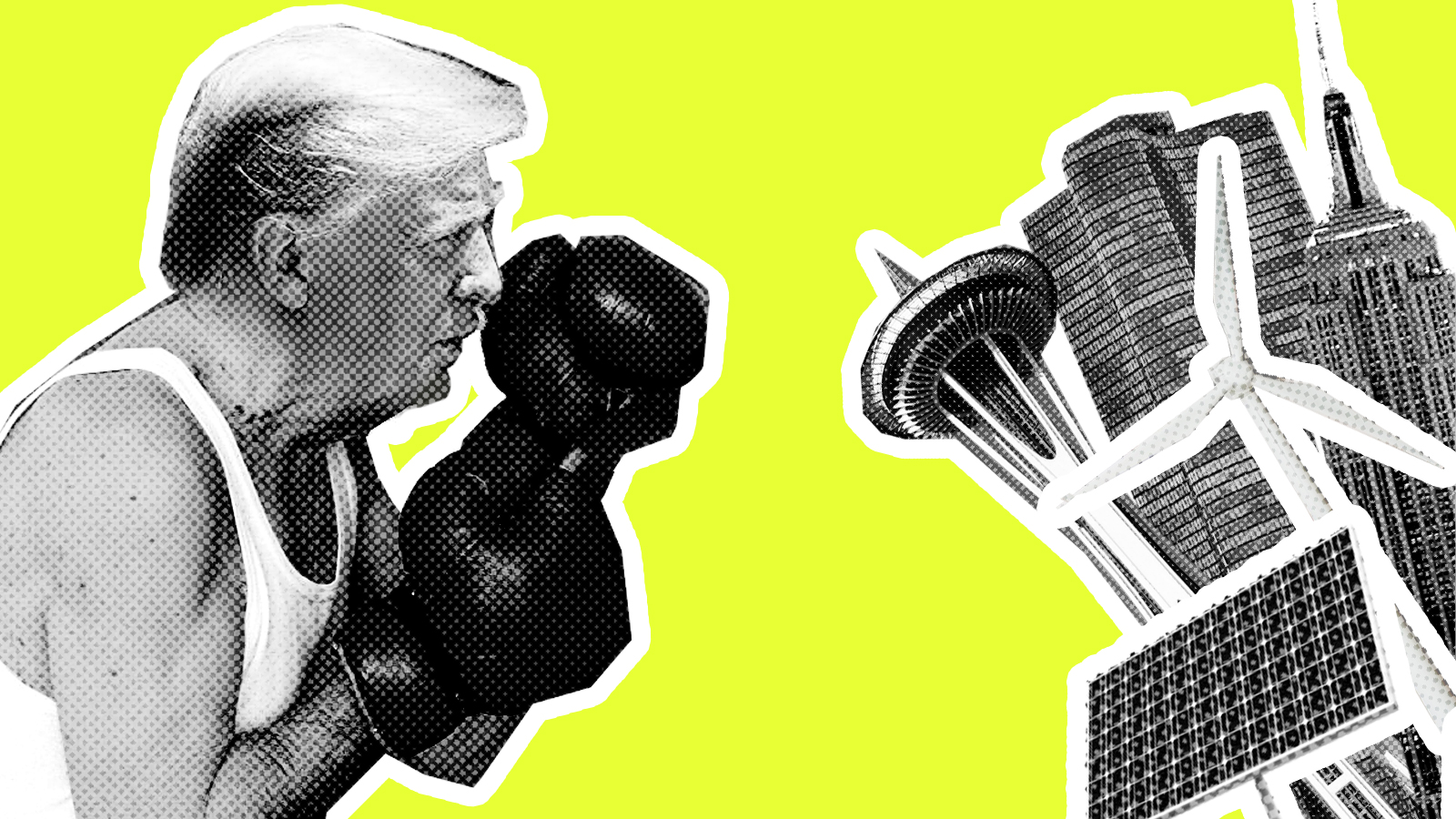 You may have heard that President Trump has a new energy plan: Give struggling coal and nuclear power plants a boost by ordering grid operators to buy electricity from them. The move comes at a time when many of those plants are closing due to market forces, like cheap natural gas, wind, and solar.

Some of America’s mayors are less than enthused with this idea, and many of them (88, to be exact) are currently at an annual meeting of the United States Conference of Mayors in Boston. That organization has already pledged its continued support for the goals outlined in the Paris agreement, and one mayor is taking it a step further.

On Saturday, Salt Lake City Mayor Jackie Biskupski will submit an amendment for consideration that asks the conference to reject Trump’s new energy plan. She states that the carbon-based fuel mandate makes it harder for local governments to meet their renewable energy goals. No kidding!

There’s one tool that cities could use to double down on renewable energy without getting tripped up by Trump’s insane energy demands. It’s called “municipal aggregation.” Here’s how it works: If a city wants to get more of its energy from renewable sources, and traditional utilities don’t wanna play ball, the city can decide to negotiate with alternative energy providers. It’s basically a way for communities to harness their collective bargaining power and buy electricity as a team, often for a better price than they previously got. Many places already have laws on the books that allow this, and a few cities are already doing it!

So mayors are standing up to Trump, and there’s a way to make electricity cheaper and greener? That’s a nice way to start a weekend!

Trump Twitter is where hope goes to die — and yesterday, die it did. The president questioned why he needed to attend a G7 meeting when all other participants disagree with his stance on trade and climate change. He then threatened to withdraw the U.S. from the summit, prompting both Justin Trudeau and Emmanuel Macron to tweet something along the lines of, “Come or don’t. The show will go on without you.” Trump plans to skip the sessions on climate change. (Too bad, he might learn something.)

Speaking of things Trump doesn’t want to do anything about, let’s talk Scott Pruitt. Despite an endless line of scandals trailing the EPA administrator, Trump thinks Pruitt is doing a “great job” and says the EPA is “setting records.” I can think of a few records they’re setting …

Here’s what Trump thinks Pruitt is doing a great job on: The EPA is rethinking how they calculate the costs and benefits of environmental rules — and leaving a lot of health impacts out of the costs. The move is part of an ongoing partisan issue in which Republicans argue that the Obama administration overestimated the economic benefits of reducing carbon emissions from power plants. But Pruitt is here to save polluting companies time and money — while everyone else pays the price.

I don’t usually get upset by celebrity deaths, but Anthony Bourdain’s hit me hard. His writing made me laugh until I cried. His interest in experiencing new foods always came with a sense of humility, rather than acquisitiveness — he sought out other cultures not to rip off their treasures and pass them off as his own, but to learn. I’m upset, however, not because of his formidable strengths, but because of his willingness to be honest about his weaknesses. He was a jerk, a hypocrite, and a drunk — and he was never more funny and lacerating then when writing about these failings. I have a covenant with truth — pursuit of evidence gives my life meaning. And I saw him as a model for my cause: Someone who was made stronger by an embrace of honesty. For those scientists, activists, and open-minded badasses out there who are committed to shredding our personal fictions, let’s try to be as open and forgiving with ourselves as Bourdain was with strangers. — Nathanael Johnson

Some weekend reading regarding our dear departed friend: 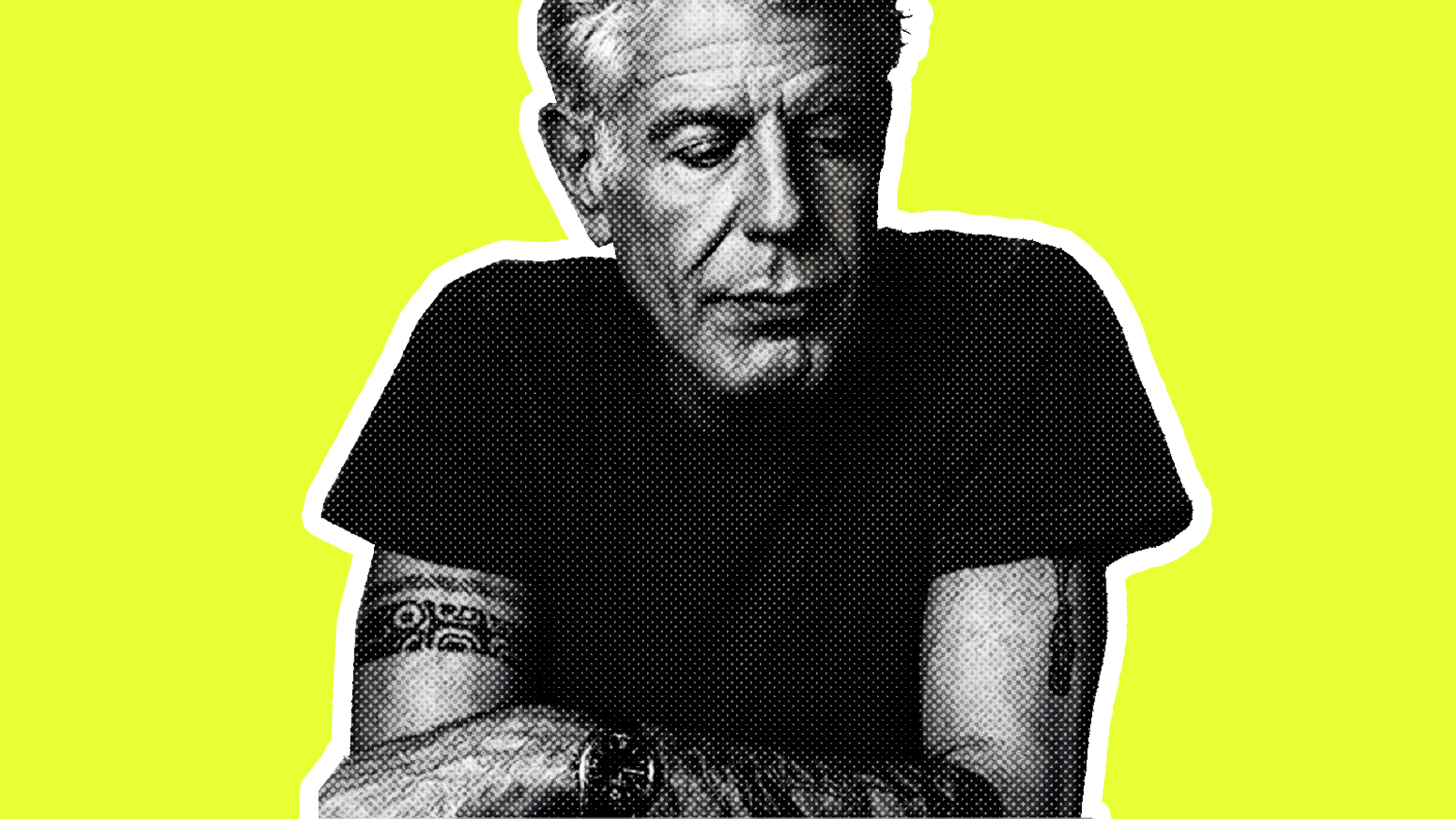