It’s Tuesday, October 1, and the “godmother of the Green New Deal” says now is the moment for climate action. 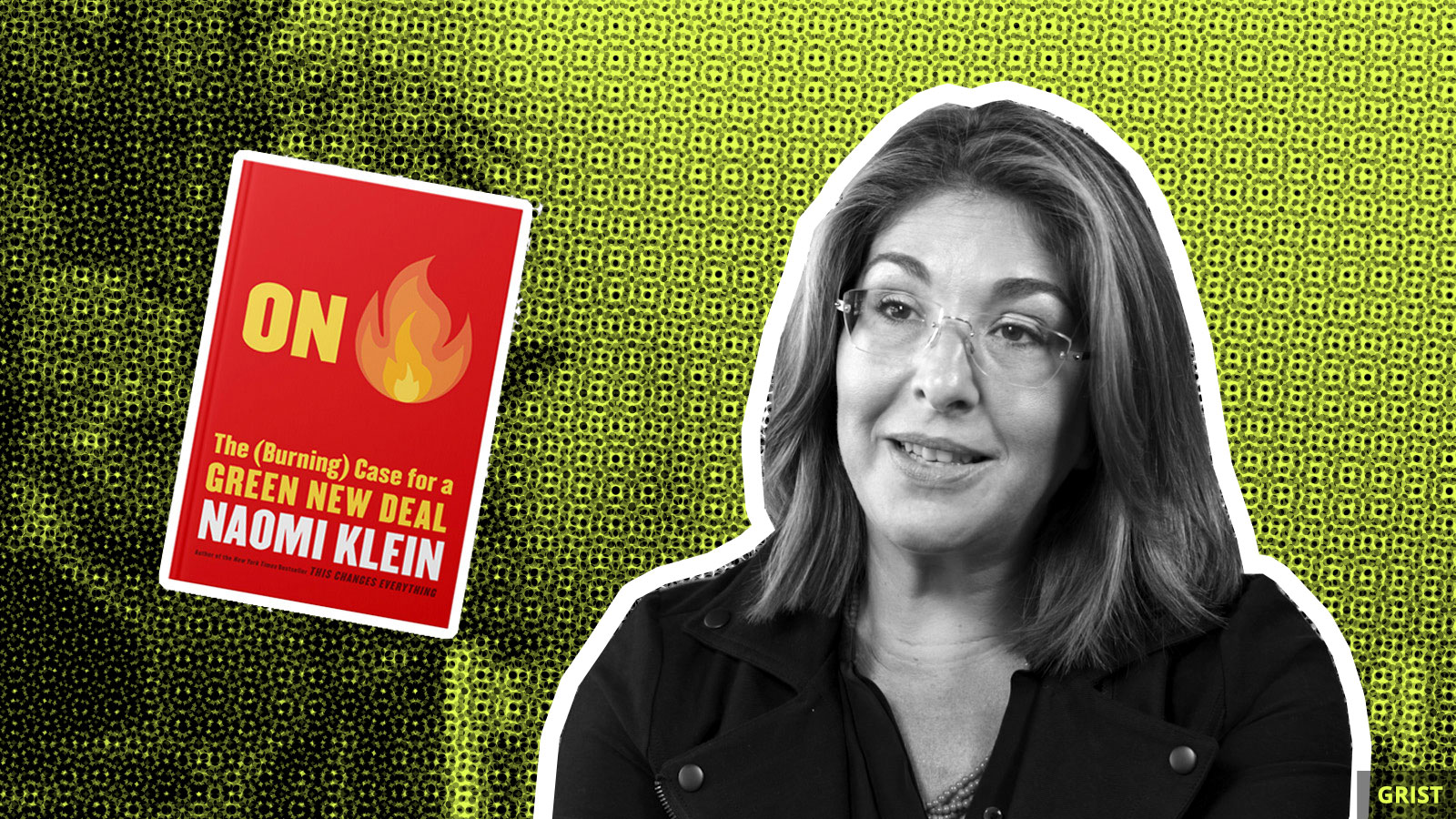 There have been a few moments in history when it seemed like the United States was on the precipice of climate action. Naomi Klein, climate movement veteran and author of seminal works such as No Logo and This Changes Everything, thinks this moment is different. Her new essay collection, On Fire: The Burning Case for a Green New Deal, makes the case that the current political, social, and cultural zeitgeist is uniquely conducive to climate action.

Grist sat down with Naomi Klein at our office in Seattle last week to discuss her new book. Klein explained what she thinks the modern climate movement can learn from political movements that have been stymied in the past, such as Occupy Wall Street and the Arab Spring. “I’ve been a part of these moments where suddenly everyone’s in the streets, suddenly there’s this huge kind of political radicalization — but there isn’t actually a plan for what we want instead, and a vacuum opens up, and it can be exploited by those on the right,” she said.

What makes this moment different, Klein said, is that climate activists are proposing specific solutions instead of just identifying problems: “The difference in the moment that we’re in now — and this is why I think the Green New Deal is of incredible political significance — is that it represents a trend towards really articulating a bold and transformational vision for the next economy.”

Shipping companies have spent more than $12 billion on devices that allow ships running on heavy fuel oil to release pollutants into the ocean instead of the air, harming marine wildlife. These so-called “cheat devices” allow vessels to meet new environmental standards set by the International Maritime Organization.

Undisclosed donors are funding a new nonprofit called the Empowerment Alliance, which aims to undermine the Green New Deal and promote natural gas. The nonprofit plans to run ads with the aim of being “a significant factor in the 2020 election.”

The Trump administration is literally arguing that “there is not a climate crisis” in its push for oil and gas drilling in the Arctic National Wildlife Refuge. The Bureau of Land Management, in an environmental impact statement for the drilling proposal, said that it “does not agree that the proposed development is inconsistent with maintaining a livable planet.”