It’s Friday, January 10, and some unexpected companies are promising to go green. 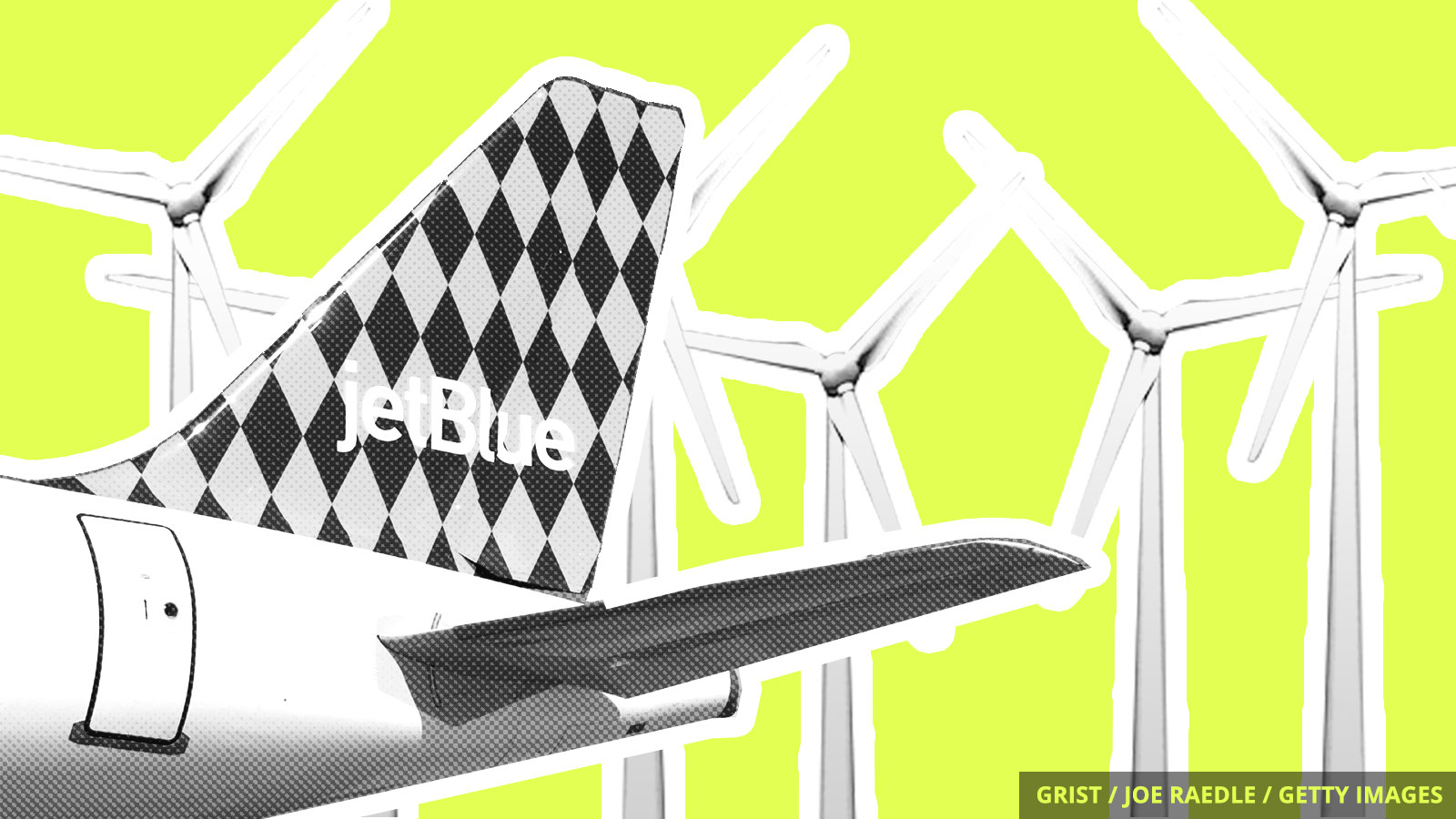 Governments around the world are falling behind on their emissions reduction targets, but companies are increasingly stepping up to the plate. Just this week, three surprising corporations announced plans to get a little more climate-friendly.

JetBlue, New York City’s hometown airline, announced on Monday that it aims to go carbon-neutral on all domestic flights by July. Flying is the most carbon-intensive activity that most Americans do, and aircraft account for 3 percent of the country’s total greenhouse gas emissions. To help meet its target, JetBlue purchased a suite of relatively fuel-efficient Airbus planes, and it will offset the rest of its emissions by buying up carbon credits.

BlackRock, the planet’s biggest asset manager, announced on Thursday that it’s adding its financial and political heft to an investor group called Climate Action 100+, which puts pressure on major polluters to reduce emissions. BlackRock voted against six of the 52 climate-related resolutions it considered in 2019, but it’s recently been under pressure from activist nuns. With BlackRock on board, Climate Action 100+ now controls more than $41 trillion in assets.

Even oil producers want in on the climate action. Cenovus Energy, a Canadian oil sands producer, said on Thursday that it is aiming for net-zero emissions by mid-century. Cenovus plans to slash emissions 30 percent by 2030 and safeguard 1,500 of its decommissioned oil well sites against leakage and pollution along the way. Looks like Cenovus executives need to take a page out of JetBlue’s book and speed up their timeline.

Exxon knew, Shell knew, and the coal industry knew, too — but they didn’t share early revelations about the dangers of global warming with the public. Now, internal documents from the Canadian company Imperial Oil show that it knew of its environmental toll as early as the 1960s. The documents detail strategies the company used to deter the public from supporting environmental regulations.

The ongoing wildfires in Australia are not only creating tons of air pollution, they are contributing significantly to climate change. From September to early January, the wildfires released around 400 million tons of CO2, roughly the amount the U.K. emits in a year.

Puerto Rico suffered its worst earthquake in more than a century on Tuesday, and 97 percent of the island was plunged into darkness. The quake damaged one of the island’s largest power plants, which could remain offline for up to year. Inadequate restoration after Hurricane Maria in 2017 left the island’s infrastructure especially vulnerable.