It’s Friday, August 30, and seaweed is finally having its moment in the sun. 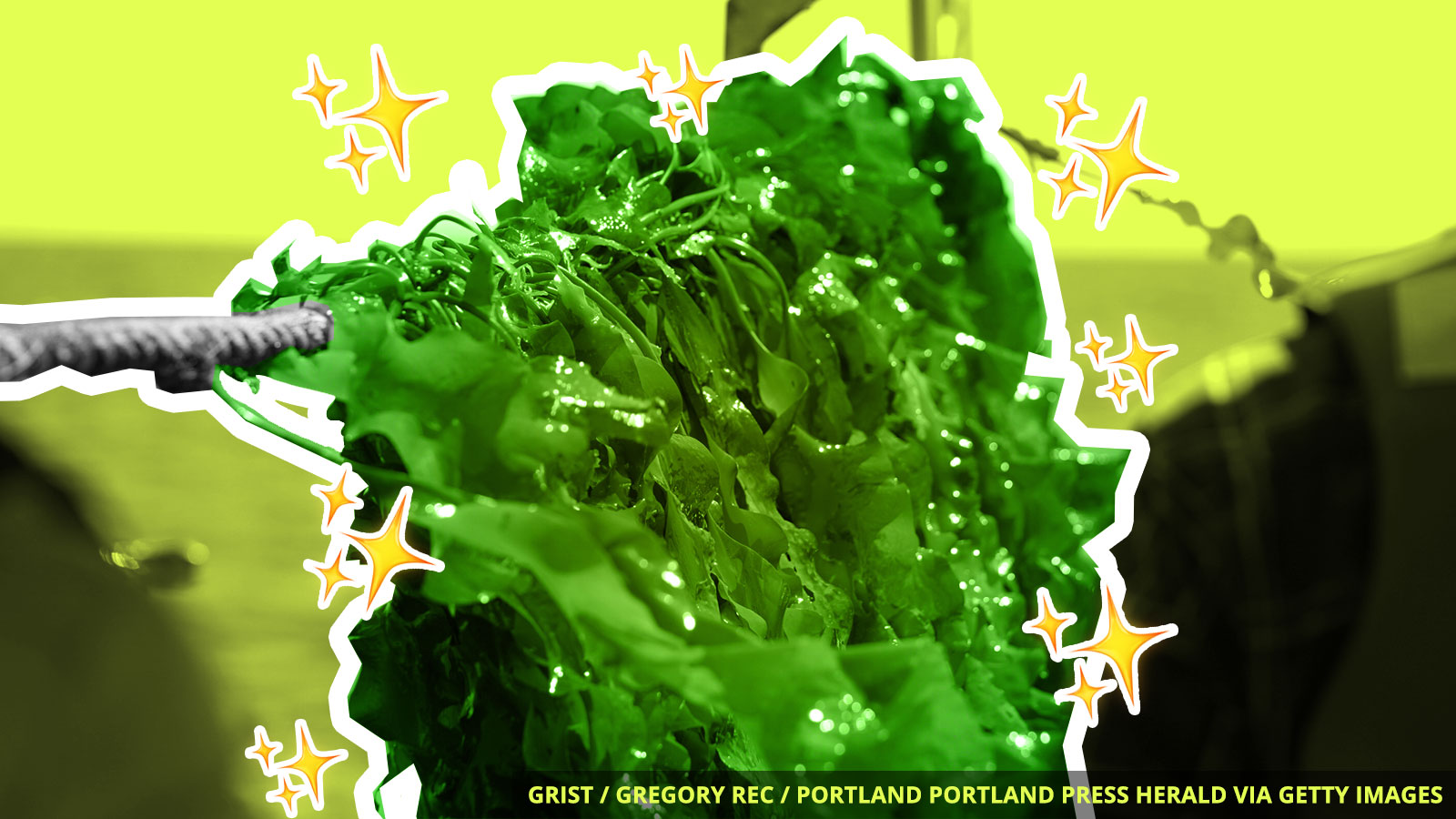 If you’re at the beach this long weekend and you come across a piece of seaweed, give it a smile and a high five. Turns out, seaweed is our friend when it comes to fighting global warming.

Seaweed has long been known to fight ocean acidification, oxygenate water, and help protect biodiversity. And, according to a new study, it also has the potential to capture and store significant amounts of atmospheric carbon. As wildfires and deforestation damage the Amazon and other valuable aboveground carbon sinks, the authors of the study point out that large-scale seaweed farms have massive potential as a fire-proof carbon sink.

The proposal: Farm seaweed on a large scale, let it grow to maturity to absorb as much carbon as possible, then harvest and sink it deep in the ocean to sequester the carbon. The study authors found that 18.5 million square miles of ocean are suitable for large-scale seaweed farming, though currently the technology doesn’t exist to bury seaweed in the deep sea.

Like many big geoengineering ideas, this solution is waiting on the market to catch up. But it could have real potential: Farming seaweed in just 3.8 percent of California’s coastal waters could offset all of the carbon produced by the state’s massive agriculture industry, according to the study.

And seaweed farming seems much more likely to catch on (and already has in China and other Asian countries) than, say, Andrew Yang’s giant space mirrors.

From ocean potential to ocean perils: Rising sea levels could lead to superstorms, widespread flooding, dwindling fish populations, and the displacement of millions of people unless we slash greenhouse gas emissions immediately. That’s according to a leaked 900-page draft of a special report on oceans from the U.N.’s Intergovernmental Panel on Climate Change set to be released in late September.

The survival prospects of the Great Barrier Reef have been downgraded from “poor” to “very poor” due to overfishing, land clearing, and of course, the climate crisis. The new outlook report from the Australian agency that manages the reef says, “The window of opportunity to improve the Reef’s long-term future is now.”

Hurricane Dorian, currently a Category 2 storm, is forecast to strengthen into an “extremely dangerous” Category 4 by the time it makes landfall in Florida over Labor Day weekend. Governor Ron DeSantis has declared a state of emergency for all of the state’s 67 counties and urged all Floridians to “make the necessary preparations.”