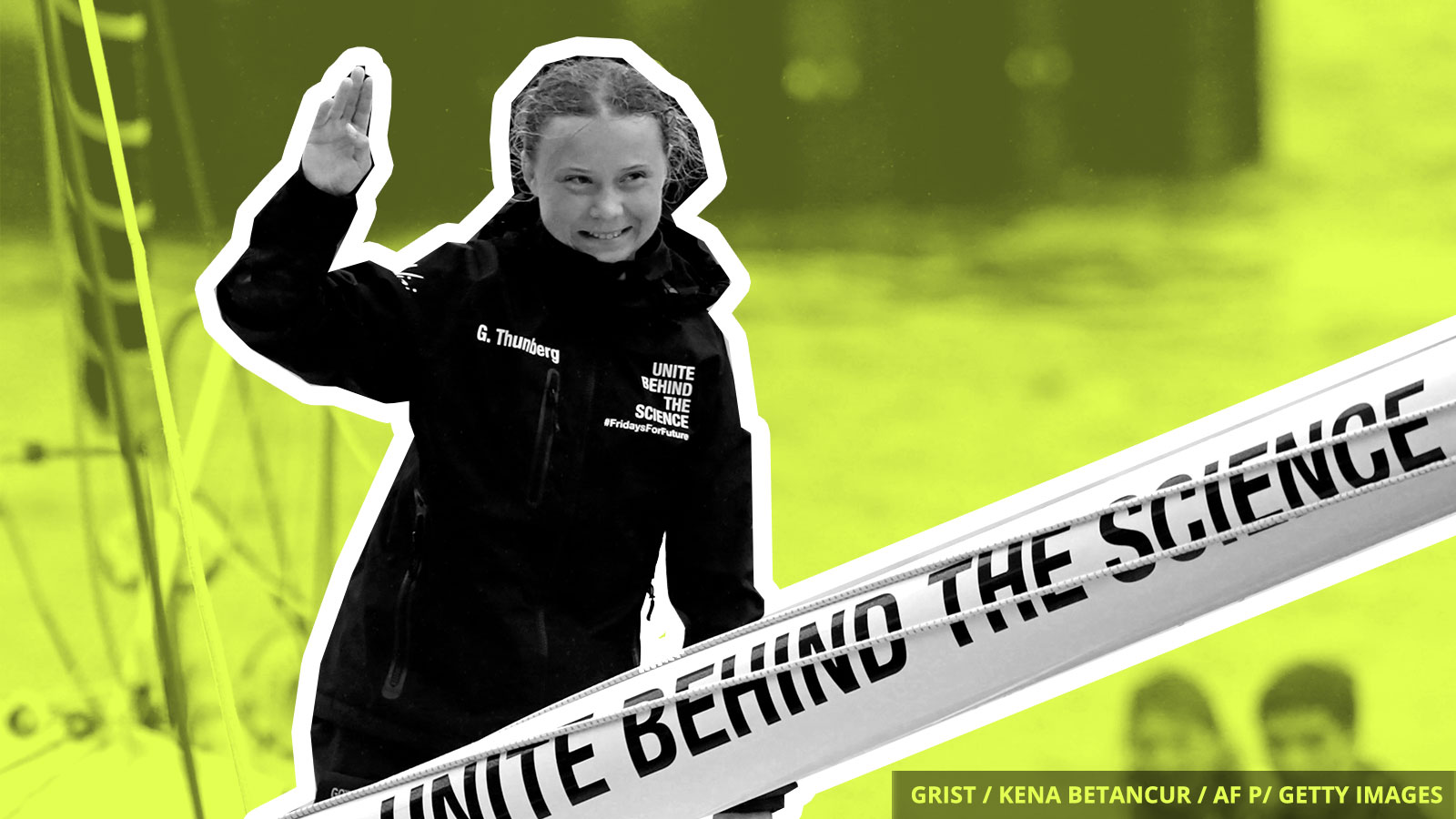 Swedish climate activist Greta Thunberg made landfall in New York on Wednesday after two weeks at sea on a zero-carbon racing yacht. As her boat sailed around the Statue of Liberty, it met a flotilla of 17 sailboats, each of their sails emblazoned with one of the United Nations’ sustainable development goals.

After informing the awaiting crowds that she did not feel seasick on her voyage, the 16-year-old turned to more pressing matters. “We need to stand together and take action because otherwise it might be too late, so let’s not wait any longer. Let’s do it now,” she said to raucous applause. With her customary straightforwardness, she added: “It is insane that a 16-year-old would have to cross the Atlantic to take a stand … [against] the climate and ecological crisis.”

Thunberg captured international attention last year when she started skipping school on Fridays to protest in front of the Swedish Parliament. Eventually, other school children joined the lone protestor, and the “Fridays For Future” protest movement was born.

Thunberg will attend the United Nations climate summit next month and plans to protest with New York climate activists during her stay.

Hurricane Dorian is predicted to hit Florida as a Category 4 storm over Labor Day weekend, according to the National Hurricane Center. The storm is strengthening after skimming Puerto Rico and barrelling into the U.S. Virgin Islands on Wednesday, when it was still considered a Category 1 hurricane. In contrast, Miami and Central Florida are preparing to weather up to 130 mph winds.

The Environmental Protection Agency will reverse an Obama-era methane rule that required oil and gas companies to monitor and control the release of the extremely potent greenhouse gas during their operations, the Wall Street Journal reports. Even several big oil companies think this is a bad idea: Shell, Exxon, and other fossil fuel companies all oppose eliminating the rule.

Climate change has contributed to a significant increase in destructive river flooding in north and northwestern Europe, a new Nature study shows. Shifting storm patterns due are causing increased rainfall in areas unaccustomed to, and therefore unequipped for, river floods. Meanwhile, southern and eastern Europe have seen a decrease in river flooding due to a drop in both precipitation and snow cover.

Talk of the climate town hall