It’s Tuesday, July 20, and Democrats are serious about a Civilian Climate Corps. 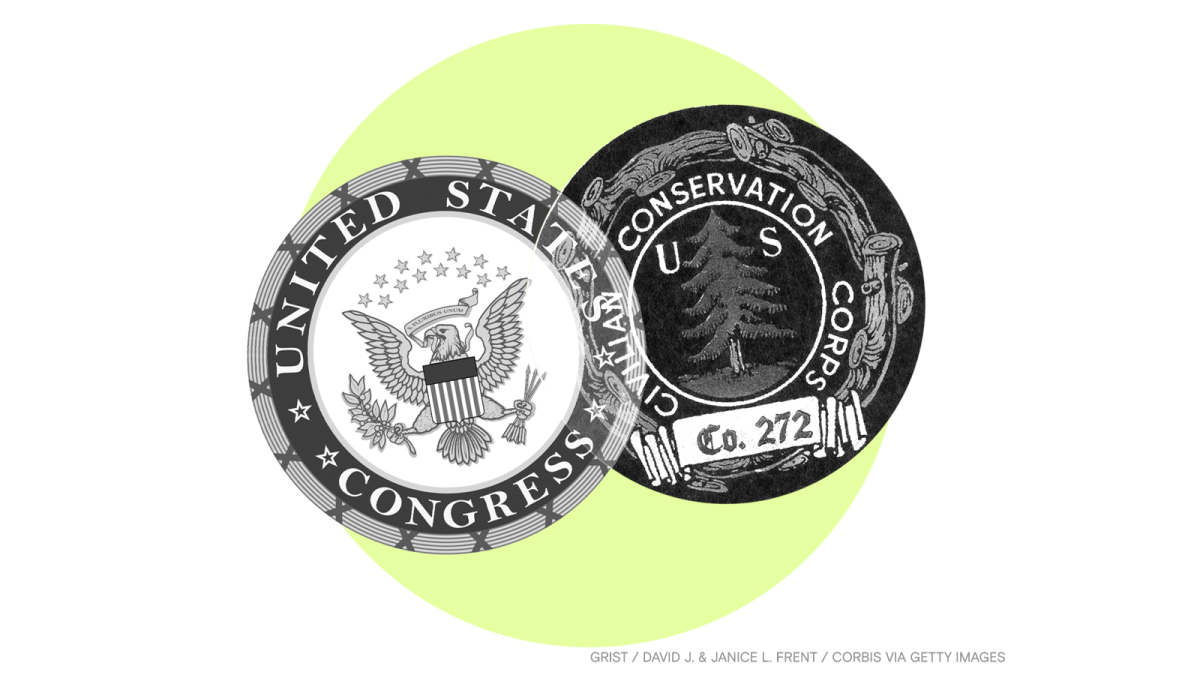 More than 80 House and Senate Democrats signed onto a letter today outlining their vision for the Civilian Climate Corps program that they want to be included in the upcoming $3.5 trillion budget reconciliation package.

In the letter, the congressional Democrats expressed their “strong support” for the program, which is based on a 1930s New Deal program and would create jobs planting trees, restoring public lands and waters, and otherwise tackling climate change. The letter cites a number of recent climate disasters — record-breaking hurricanes, wildfires, heat waves, and drought — as evidence that such a program is needed.

The Civilian Climate Corps program detailed in the letter echoes bills that have already been introduced by some of the letter’s signatories. The program would include a myriad of work opportunities: helping the National Park Service with park maintenance, installing renewable energy infrastructure, and supporting communities with climate resiliency projects. The plan would prioritize equity by directing 50 percent of investments into, and recruiting 50 percent of Climate Corps workers from, environmental justice communities.

The congressional Democrats aim to build on past successes of what is now the AmeriCorps program while mandating a living wage and educational funding for workers.

Half of voters under the age of 45 say they would consider a Civilian Climate Corps job if one was available to them, and 65 percent of all voters support the idea of a Climate Corps.

A new report from two environmental groups finds that despite their green pledges, major retailers like Walmart, Amazon, Ikea, and Target rank among the top 15 corporate polluters when it comes to emissions from shipping. Their findings are likely underestimates since the authors did not take into account the ships’ return trips or trips taken by shell companies and franchises on behalf of large corporations.

The slow-moving, low-pressure storm that flooded Western Europe last week, killing at least 180 people, was a relatively uncommon event. But climate change could make such storms 14 times more likely to occur in Europe by the end of the century, according to a new study.

Chevron promised to capture and bury 80 percent of the carbon emissions from a natural gas extraction, liquefaction, and export plant in Western Australia as part of the conditions for building the facility in 2016. But what was supposed to be the world’s largest carbon capture and storage operation has been riddled with problems and recently failed to meet its 5-year carbon capture target.