It’s Monday, July 19, and public schools across the nation could get a climate upgrade. 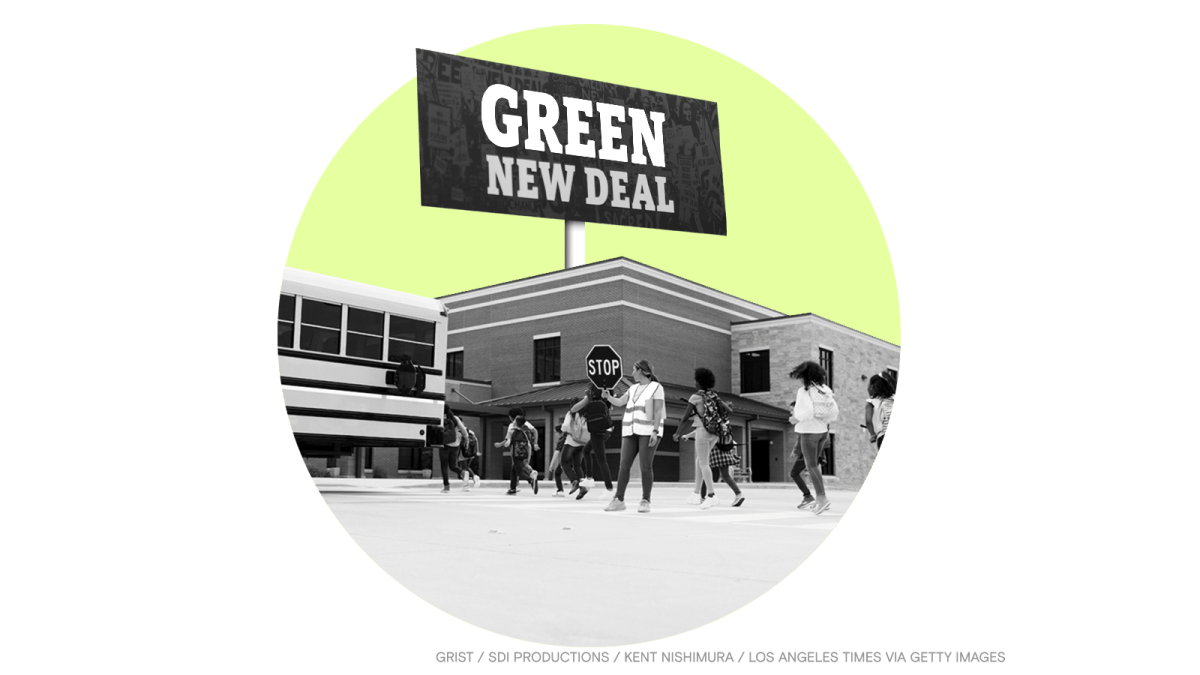 On Friday, Representative Jamaal Bowman of New York introduced the Green New Deal for Public Schools in the U.S. House of Representatives, a plan to invest $1.43 trillion over 10 years in sustainable upgrades to school buildings and the expansion of social services and curriculum upgrades in low-income districts.

If enacted, the legislation would fund 1.3 million jobs per year and eliminate up to 78 million metric tons of carbon dioxide annually — the equivalent of taking 17 million cars off the road.

Schools would be able to use the funding to electrify facilities and improve their energy efficiency, plant gardens and trees, build out broadband infrastructure, and install electric vehicle charging stations. The funding would be distributed by a proposed Office of Sustainable Schools that would be housed under the Education Department.

The plan is in line with President Joe Biden’s plan to slash greenhouse gas emissions in half by 2030, something that climate hawks are worried about falling short on after key climate provisions were removed from Biden’s infrastructure plan.

​​“Schools are the best epicenter to be leaders in what climate infrastructure should look like, in terms of sustainable energy, in terms of renewable energy, and in terms of energy sharing,” Bowman, a former middle school principal, said in an interview with the Washington Post.

The Bootleg Fire in southern Oregon, the largest wildfire in the United States this year, has burned more than 300,000 acres — an area about the size of Los Angeles — since it ignited on July 6. The fire is only 25 percent contained, and local officials are warning residents that they may have to evacuate at a moment’s notice. The fire is one of 80 large wildfires burning across the U.S. right now.

The heatwave that descended over the Pacific Northwest at the end of June led to a major spike in emergency room visits, according to a new Centers for Disease Control and Prevention report. The unprecedented heat led to 69 times more heat-related emergency room visits from June 25 to 30, compared to the same period in 2019.

Intense rainfall in central and eastern Mumbai, India, over the weekend led to at least 32 deaths and 8 injuries. Roughly 9 inches of rain inundated the city in brief and intense bursts over a period of just 24 hours. Research shows extreme rainfall events increased threefold over western India between 1950 and 2015.