It’s Thursday, November 7, and New Zealand has a new zeal for the climate. 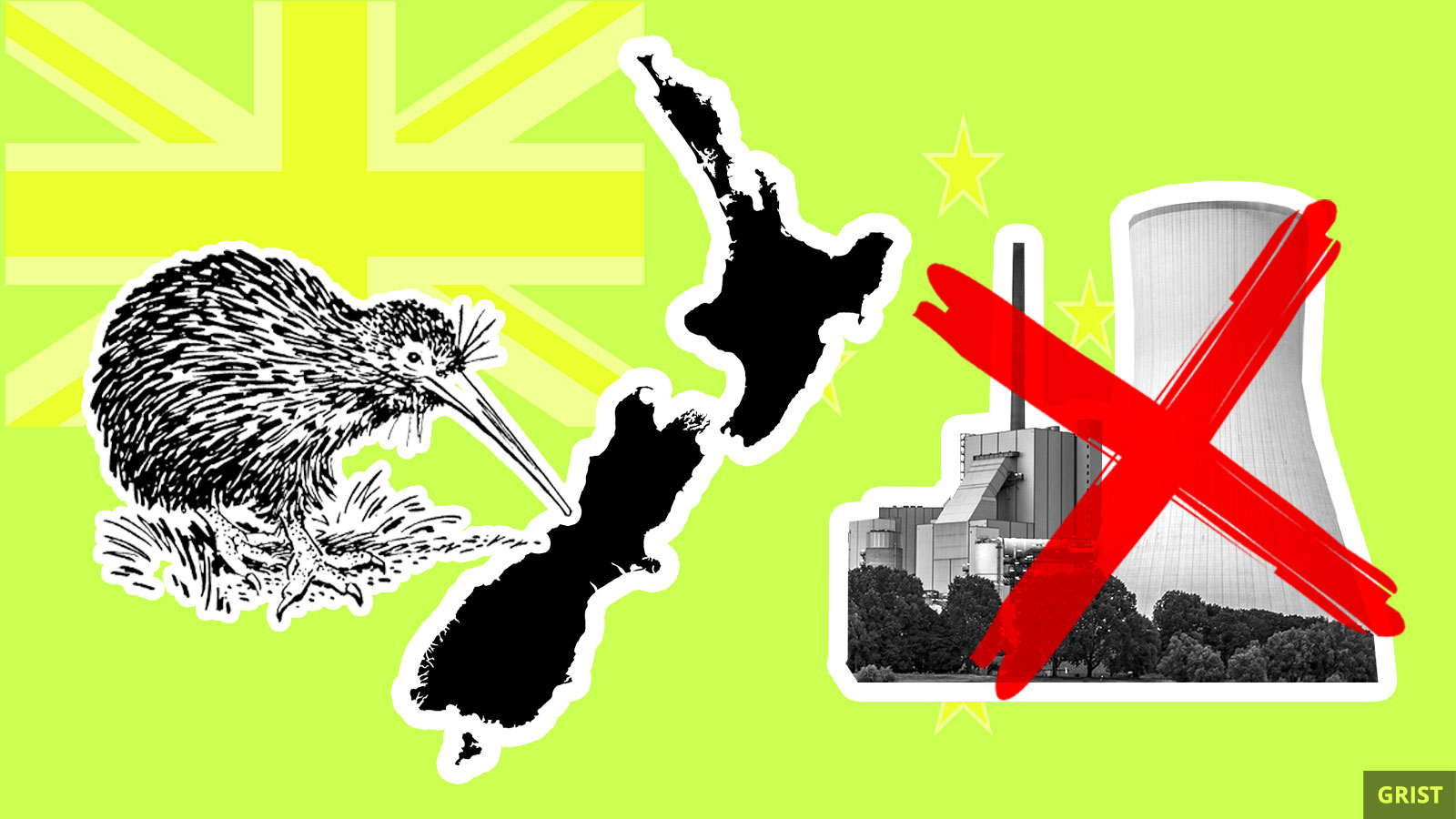 New Zealand passed major climate legislation on Thursday that aims to bring the country’s net greenhouse gas emissions to zero by 2050. The Kiwis are joining the ranks of countries like France and Norway that have enacted laws to fulfill their obligations under the Paris Agreement.

In a country with more cows and sheep than people, wrangling those animals to reduce their flatulence will apparently be a bigger hurdle than adopting electric cars or shutting down a few fossil fuel-burning power plants. Nearly half of New Zealand’s emissions come from agriculture. But on the bright side, the new bill sets ambitious targets for the nation’s electric grid, requiring that it run entirely on renewables by 2035.

Prime Minister Jacinda Ardern led the effort along with the majority liberal government. But the bill ultimately passed with support from the conservative opposition party. The AP reports that Ardern said she despaired about the pace at which other countries are tackling climate change, and wanted New Zealand to be a leader in the fight. If only the leadership on this side of the world would call her up and tell her, “Girlfriend, you are so on.”

When Super Typhoon Halong reached sustained winds of 180 mph on Tuesday, it officially became the third Category 5-equivalent storm in the Pacific this year. One of the most intense storms in recorded history, Halong’s strength and rapid intensification fit the pattern of climate change-supercharged storms. Fortunately, it’s not currently expected to make landfall.

The EPA’s internal watchdog has publicly rebuked Ryan Jackson, the agency’s chief of staff, for failing to cooperate in two inquiries, including an investigation into whether Jackson himself pressured a scientist to change her congressional testimony. A letter from the inspector general to the EPA administrator, made public Wednesday, called on Congress to address the “flagrant problem” of Jackson’s “open defiance.”

The majority of California’s methane emissions come from just a few sites, according to a report published Wednesday in Nature. Ten percent of methane sources — such as dairy farms, natural gas operations, and landfills — produced more than half of all the state’s emissions, and landfills alone were responsible for 41 percent of them.

Roses are red, Virginia is blue