It’s Monday, December 9, and America could still get two-thirds of the way to its 2025 Paris pledges — without Trump’s help. 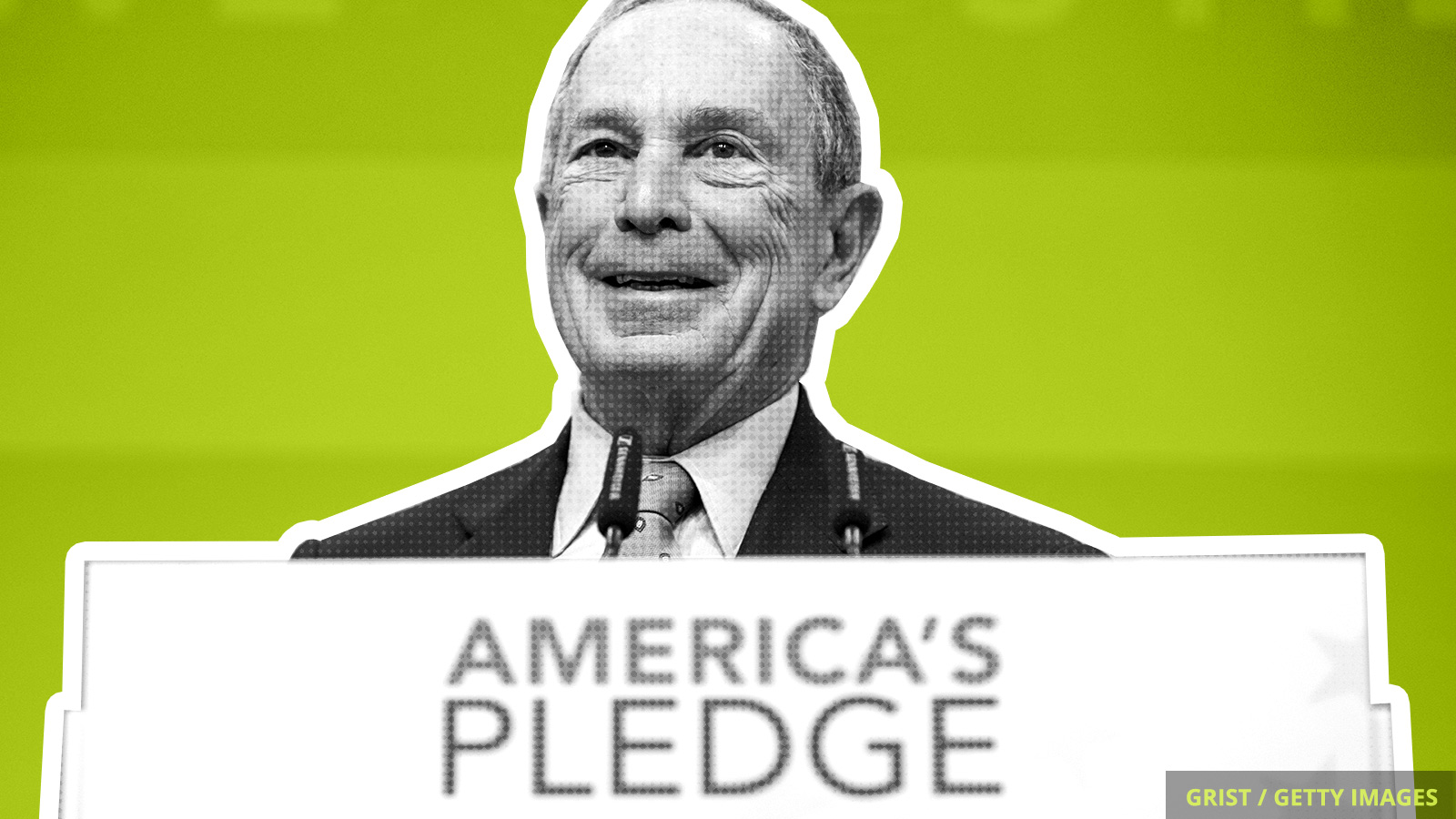 President Trump may be pulling the United States out of the Paris Agreement, but the cumulative efforts of cities, states, businesses, and other institutions that have committed to taking action on climate could go a long way to making up the difference. That’s according to a new report from America’s Pledge, an initiative led by billionaire and Democratic presidential candidate Michael Bloomberg and former California Governor Jerry Brown.

The cities, states, businesses, and other institutions that have committed to reducing their emissions represent 68 percent of the United States’ GDP, 65 percent of its population, and 51 percent of its emissions. Combined, these smaller entities are on track to reduce the country’s emissions to one-quarter below 2005 levels by 2030.

If other cities, states, and businesses make similar commitments to transition to renewable energy, make buildings and transportation more efficient, and restore important natural ecosystems, together, they could reduce emissions by as much as 37 percent by 2030.

There are limits to what America can accomplish without the federal government’s cooperation, and it’s unlikely that commitments from states, cities, and businesses alone will be enough to meet our goals under the Paris Agreement. But if local efforts are coupled with aggressive federal action under the next presidential administration, the U.S. could cut greenhouse gas emissions nearly in half by 2030, putting the country on track for a carbon-neutral 2050.

The world’s oceans are losing oxygen, threatening marine ecosystems and fisheries, warns a new report released at the U.N. Climate Change Conference in Madrid. Extremely low ocean oxygen levels could also throw off the cycling of elements critical to life on Earth, like nitrogen and phosphorus.

Alaskan glaciers are losing record amounts of ice, raising global sea levels. Some glaciers have melted all the way up to their summits. Also relevant: The state is on pace for its hottest year yet.

President Trump ranted about efficiency standards for light bulbs, sinks, and toilets on Friday. He said he would ask the EPA to look at water efficiency standards as he complained about low water pressure. “People are flushing toilets 10 times, 15 times, as opposed to once,” he said. “They end up using more water.”