It’s Monday, July 16, and the U.K. had a funny way of greeting Trump this weekend. 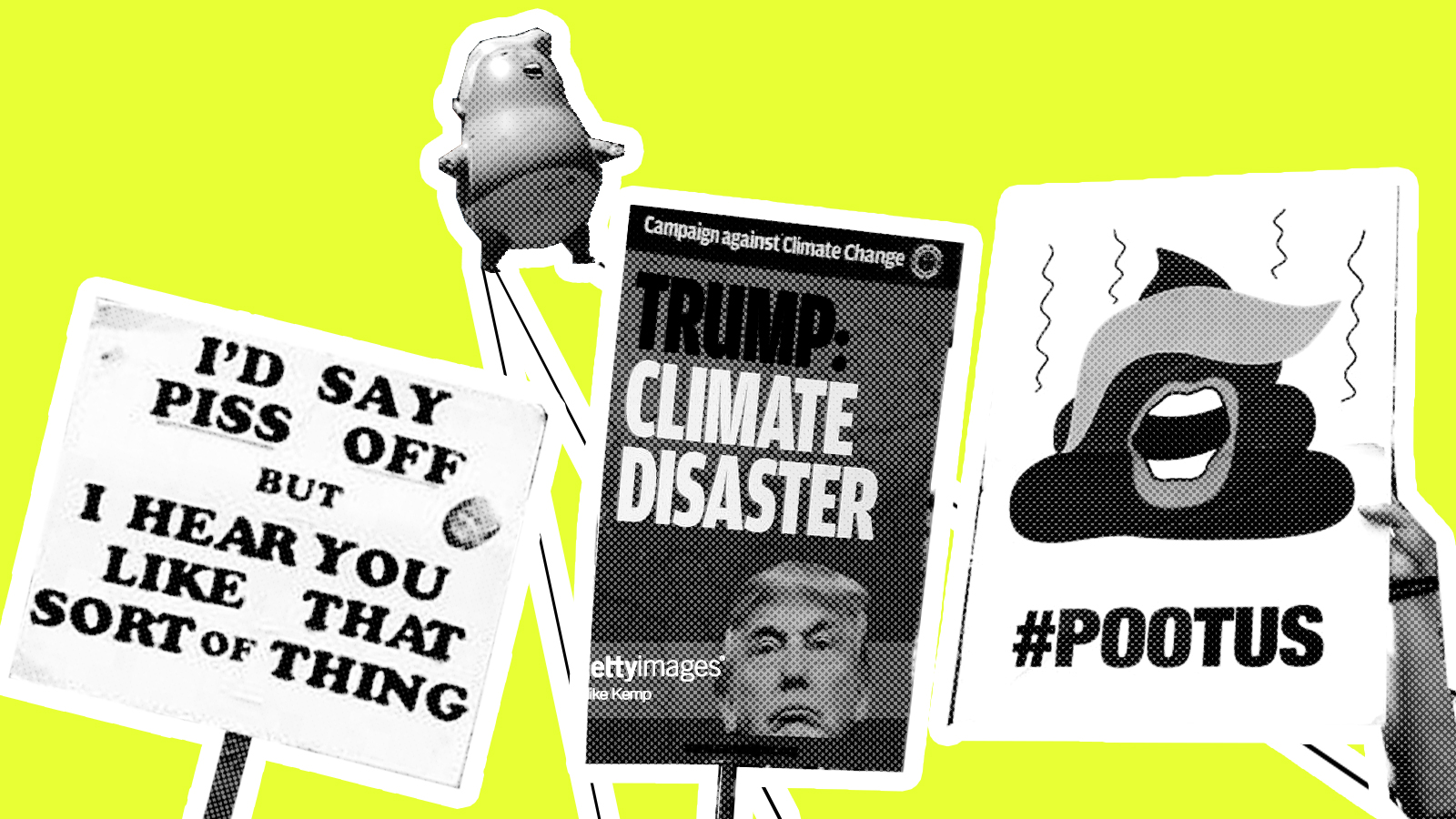 President Trump’s two-day trip to the United Kingdom last week went swimmingly. Just kidding! Among several lowlights, he embarrassed a bald Reuters reporter and told the British tabloid The Sun that Europe was “losing its culture” thanks to “millions and millions” of immigrants.

Folks across the pond gave him a raucous welcome. Thousands of protestors hit the streets around the country on Friday to make it very clear they rejected Trump’s positions and policies, including those on climate change. 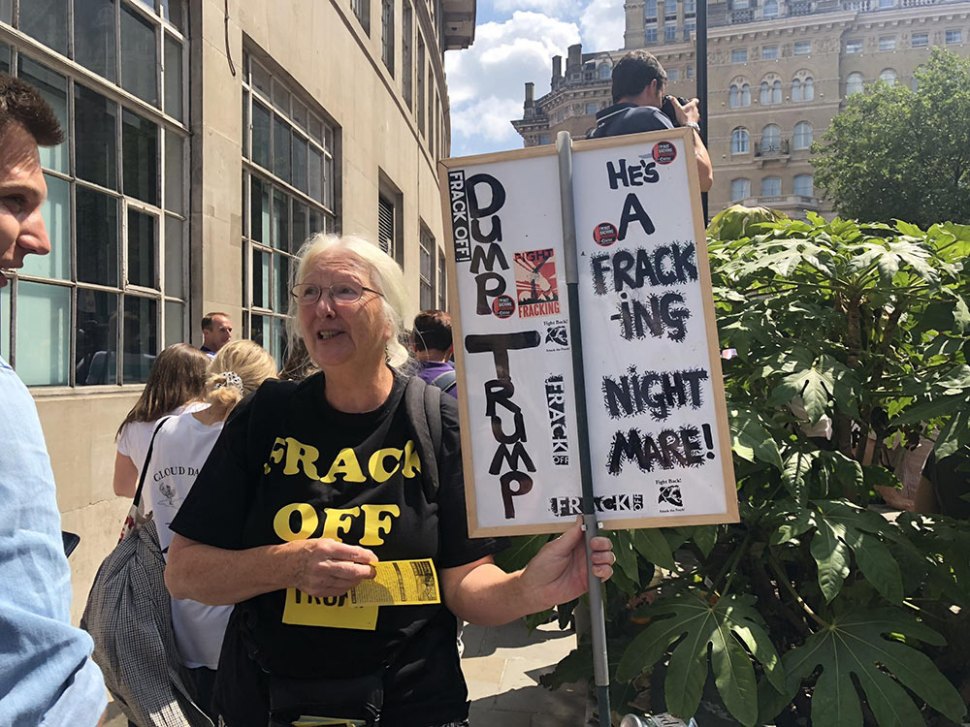 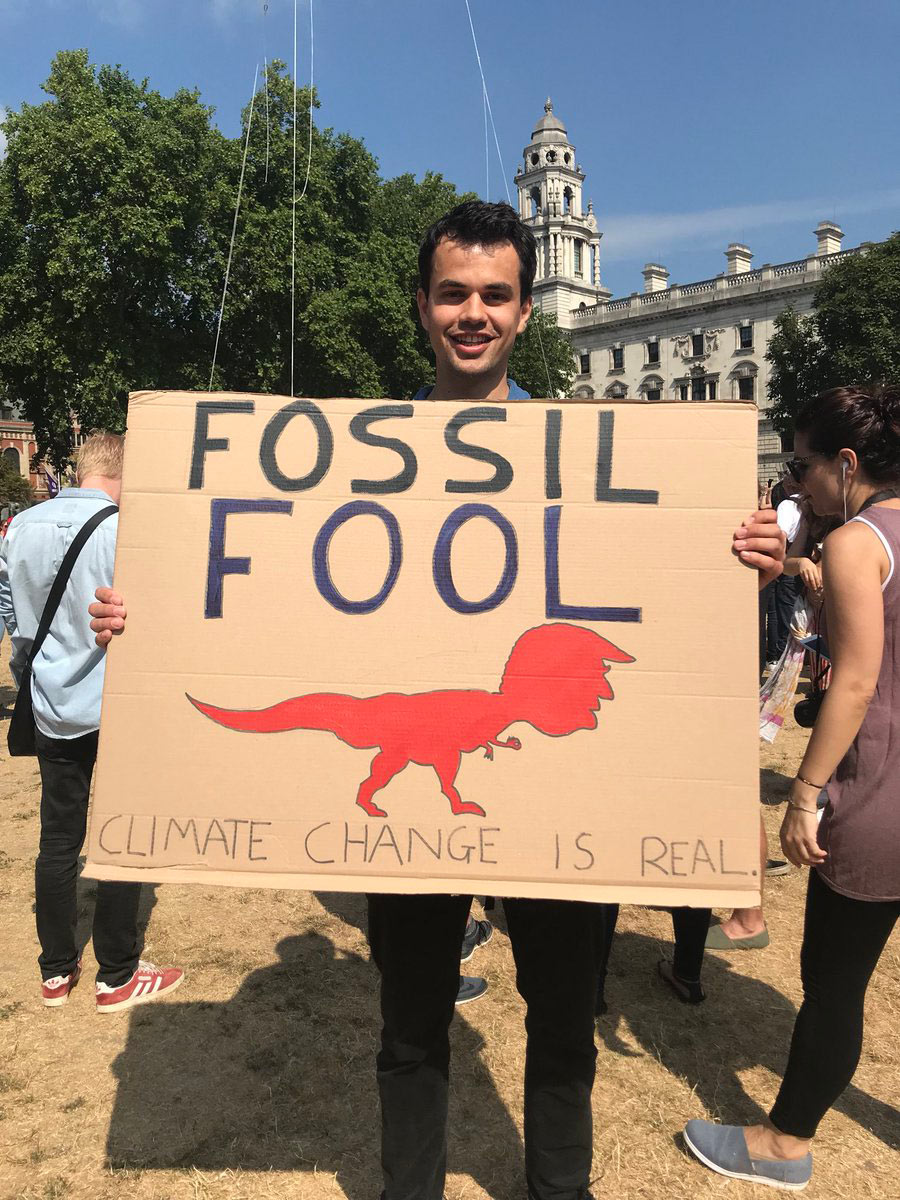 Others took to the air. An activist from Greenpeace flew a hang-glider-like aircraft over Trump’s golf resort in Scotland — violating a no-fly zone — to display a banner that read: “Trump: Well below par.”

Check out the Grist’s staff’s favorite sign at the bottom of this newsletter.

The gas station conglomerate owned by Vice President Mike Pence’s father went bankrupt in 2004, and Midwestern states are still dealing with the environmental fallout. Kiel Brothers Oil Company left 85 contaminated sites across three states. The Associated Press reports that the cleanup cost taxpayers at least $21 million in Indiana alone. Distributing fossil fuels is all fun and games — until you go bankrupt and leave the state to foot the bill.

Housing discrimination isn’t simply about biased laws and income gaps: Real estate agents direct minority groups toward neighborhoods with more environmental problems, according to a new study by the National Bureau of Economic Research. The researchers found that people of color were more likely than white buyers to be steered toward properties near Superfund sites or industrial chemical facilities. This held true even when the authors controlled for income and other factors.

It’s a classic feedback loop: Rising temperatures are stoking demand for air conditioning – which in turn drives carbon emissions up. A new report from Sustainable Energy for All found that 1.1 billion people worldwide don’t have adequate access to cooling. Lack of refrigeration and air conditioning can cause health problems, food insecurity, and even death. Researchers are working to develop more cheap and energy-efficient A/C systems – but in the meantime, to save lives, let’s keep working to stop the warming.

U.K. citizens are nothing if not resourceful. Signs at anti-Trump protests last week included: a poster that read “There will be hell toupèe,” a giant, scowling baby Trump float, and a beautifully drawn picture of a P.O.T.U.R.D (a POTUS turd, duh).

This one was a staff favorite: 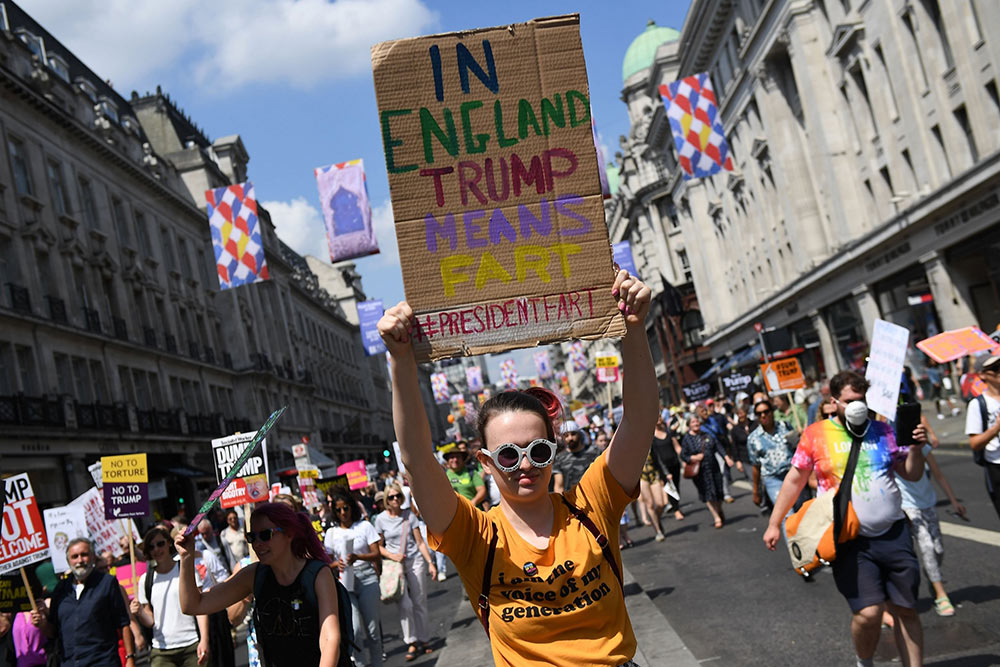 California’s carbon emissions are down to ’90s levels