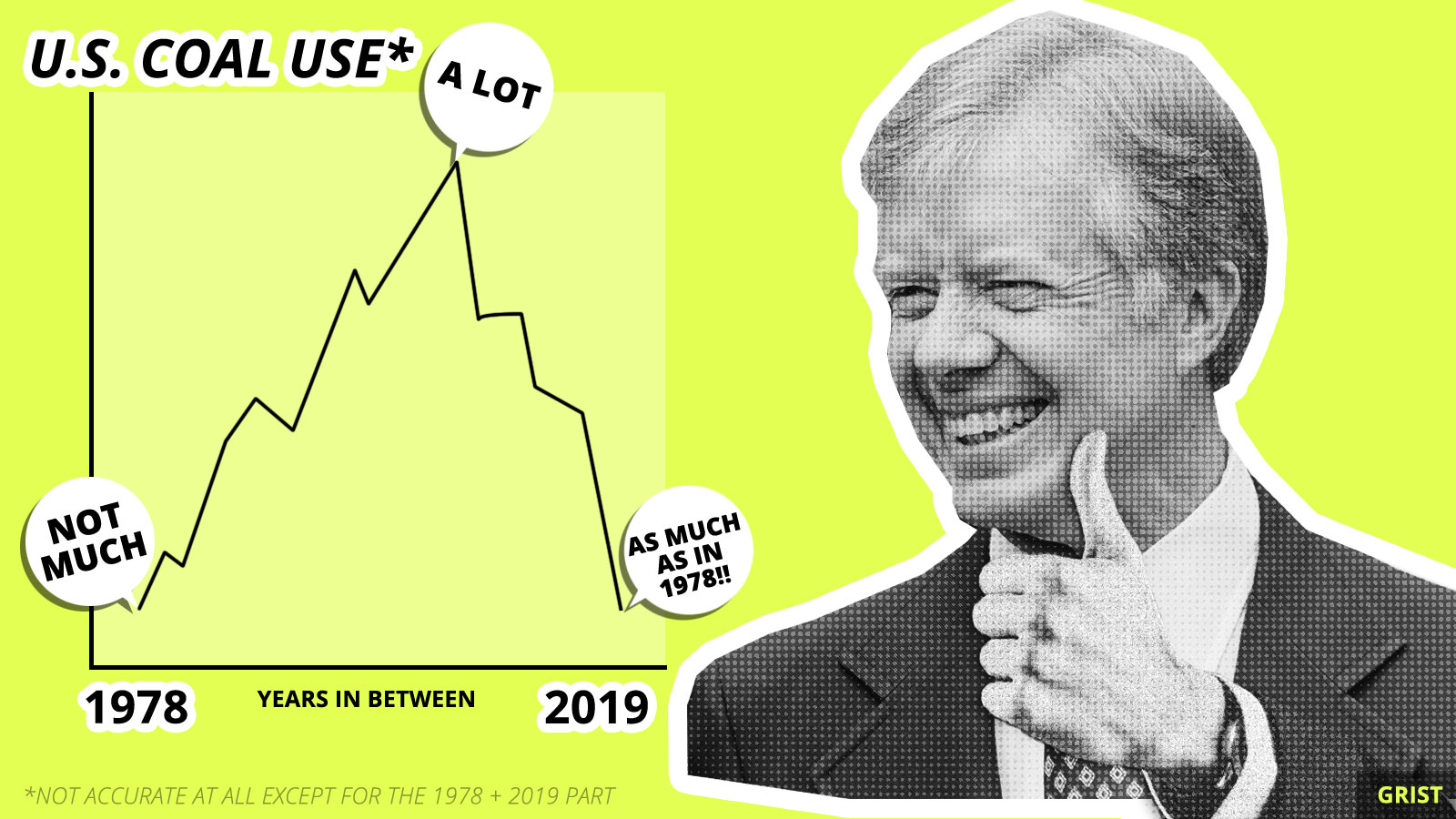 Coal use in the ol’ U.S. of A. is at its lowest point in 40 years. So says the Energy Information Administration, which just released some fresh data on Americans’ energy consumption in 2018.

Coal use is down to a measly 687 million tons. OK, “measly” isn’t quite the right word, but it’s certainly a lot better than we were doing in the aughts, when we were using more than 1 billion tons of the highly polluting stuff per year. If fact, the amount of coal we consumed in 2018 was the lowest we’ve used since 1978, when Jimmy Carter was president. And what’s more, our coal production is also down. Last year, production was the second-lowest it’s been since the Carter administration.

But wait! There’s more good news. In April, U.S. renewable energy capacity raced ahead of coal capacity for the first time ever. It looks like the sun is shining brighter on the renewable side of things.

Major metros are wildly underestimating their carbon impact, meaning even those with “ambitious” climate goals might not be doing enough to limit global warming to 1.5 degrees C. Turns out, the cities have only been measuring energy used within their city limits rather than accounting for the CO2 generated by creating all goods and services they use — a whopping 85 percent of their emissions. Whoops.

The U.S. Forest Service wants to overhaul federal forest management rules, giving them the ability to bypass environmental impact studies and fast-track projects like logging and prescribed burns. The feds say it’s just to speed up wildfire prevention, but some experts are skeptical. “We don’t want to see this become the Trojan horse for unchecked resource extraction,” John Gale, from the conservation group Backcountry Hunters & Anglers, told NPR.

No use crying over spilled … oil? Last year, gas flaring by oil producers wasted as much natural gas as South and Central America use in an average year, according to new data from the World Bank. The practice of deliberately burning off natural gas during oil extraction is a completely avoidable contribution to global warming.