It’s Friday, March 8, and there’s a secret climate weapon hiding in the muck. 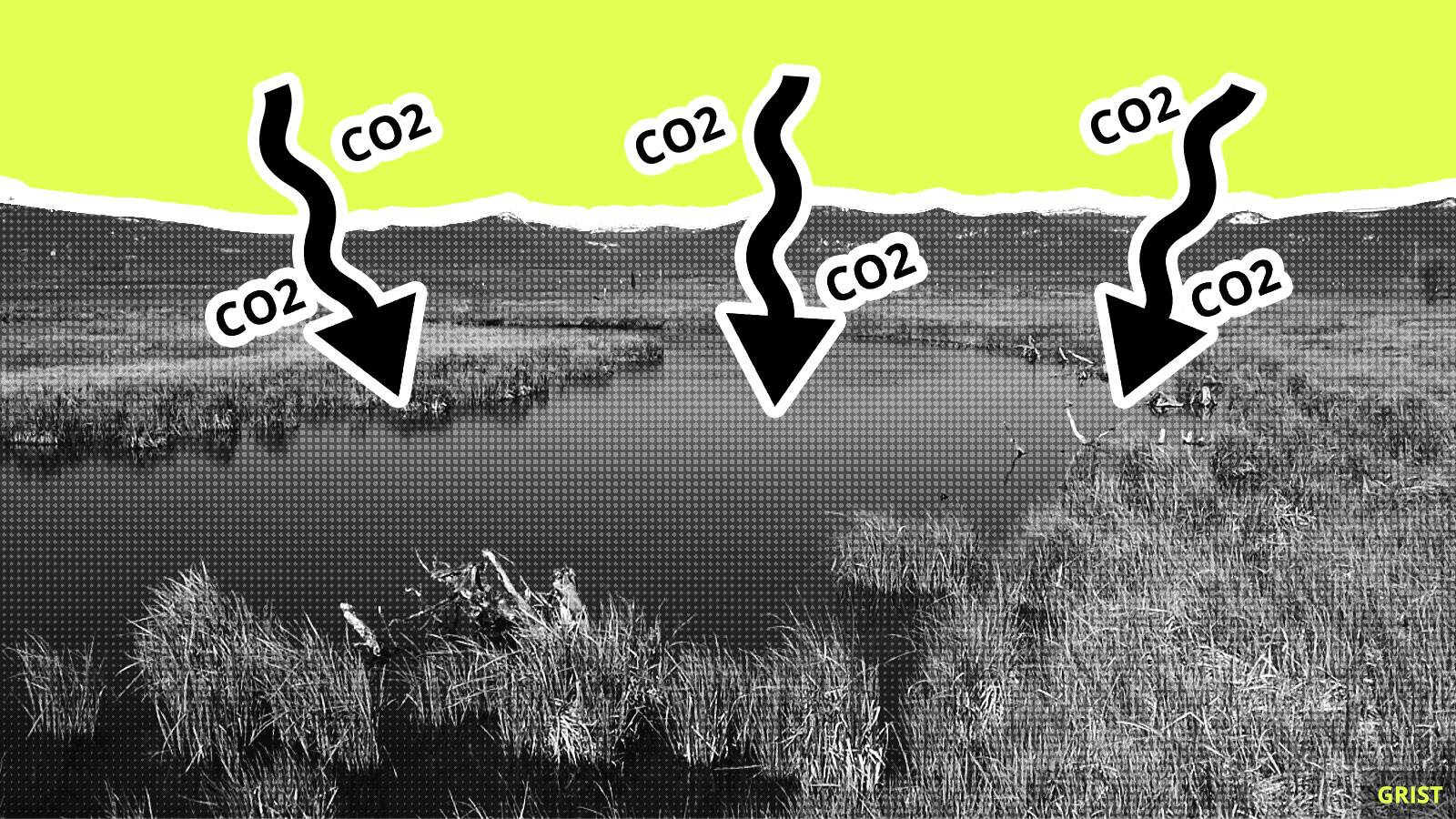 Coastal marshes are home to all kinds of critters, but a new global study shows that they serve another important role — storing carbon.

Here’s how it works: When plants die and decompose, they’re sucked into the muck instead of releasing their carbon into the air. The study, published in Nature, shows that wetlands along the coasts of Australia, China, and South America, in particular, may be “sleeping giants of carbon sequestration.”

And here’s the best news. Rising sea-levels only make these wetland carbon sinks more powerful, according to the study. The higher tides mean all that carbon-rich sludge gets buried under deeper water.

As long as wetlands have space to stretch out, they’ll keep growing and rising out of the water. In other words, they’ll adapt to rising sea levels on their own. The problem is, people tend to build homes in wetlands, destroying these critical carbon sinks. But researchers say that if we doubled the amount of carbon stored in our wetlands, it would eliminate as many emissions as taking a million cars off the road.

Love getting bit by mosquitos? You’re in luck. A new study in Nature Microbiology shows rising temperatures will extend their range into new regions. If we stay in a business-as-usual warming scenario, half of all the people in the world will be cohabitating with a bloodsucker by the name of Aedes aegypti by 2050. The so-called “yellow-fever mosquito” also carries dengue fever, the Zika virus, and other nasty diseases.

In Greenland, rain is falling on the country’s enormous ice sheet, even in winter. A new study shows rising winter temperatures in the Arctic mean rain instead of snow is falling on the Greenland ice sheet. The rain is making the surface of the ice smoother and darker, which means it melts more easily in the summer.

We had high hopes for Kelvin Droegemeier, a well-known meteorologist who recently took over as the White House’s chief science advisor. He’s known for being grounded in reality. But in an interview with Vice, Droegemeier said he doesn’t think it’s his job to advise the president on climate. So whose job is that?