It’s Thursday, August 1, and night two of the debates proved just as climate-focused as night one. 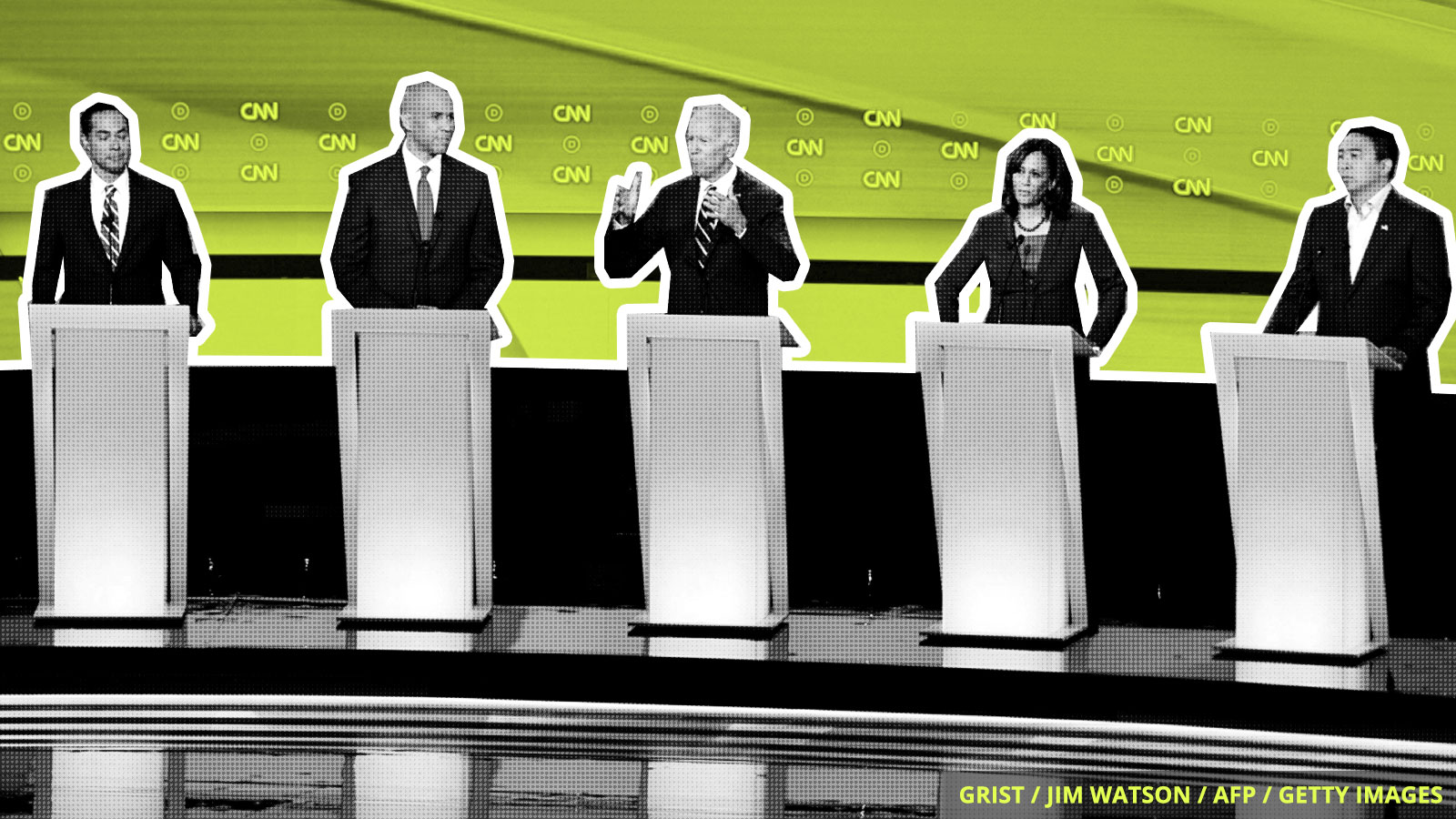 Two Democratic primary debates down, at least six more to go (yeesh). But compared to last month’s pair of candidate face-offs, during which there were about seven minutes of discussion about the climate each night, the second debates were a climate policy gabfest.

It’s not just that the candidates spent more time discussing the threat to the planet. The second debates featured a much stronger dialogue about what certain Democrats might do if they took up residence in the Oval Office. Rather than simply name-dropping the Paris Accord and the Green New Deal, some candidates unveiled bold, wonky proposals touching on topics not usually heard outside environmental circles. We’re talking direct air capture, soil sequestration, and regenerative agriculture.

And it wasn’t just the usual suspects who brought up global warming. Naturally, Washington Governor Jay “climate candidate” Inslee spoke confidently about what he’d do to slow the planet from overheating. But did anyone expect Bill de Blasio to be confronted about toxic lead levels in New York City’s public housing? Or for Senator Kirsten Gillibrand to say we should challenge China for clean energy supremacy?

But the night’s highlight came from New Jersey Senator Cory Booker, who slammed candidates’ promises to rejoin the Paris agreement as, ya basic. “Nobody should get applause for rejoining the Paris climate accords,” he said, to hearty applause. “That is kindergarten.”

And from there, the debate moved to the next topic, marking roughly 12 minutes of climate talk each night. It wasn’t the full climate debate that activists have pushed for, but there was certainly more substance than before.

The heatwave that smashed temperature records in Europe is now over Greenland, accelerating the melting of its ice sheet and causing a massive loss of ice in the Arctic. Thursday is expected to mark the single biggest melt in recorded history, as 12 billion tons of water dump into the ocean. It’s a pretty stunning visual — in a bad way.

In about a third of coastal states, new homes are going up faster in flood-prone areas than on safer ground, according to an investigation by the nonprofit Climate Central. The organization looked at housing growth within 10-year flood-risk zones — meaning areas that run a 10 percent risk of ocean inundation each year by 2050.

The climate crisis is already wreaking havoc on public health, causing deaths, childhood stunting, and malnutrition — and it’s going to get much worse, according to a bleak new report. It’s not just severe weather events killing people; the report found a “more deep and insidious impact” comes from the secondary effects of climate change, such as rising temperatures expanding the habitat of mosquitoes, exposing more people to diseases.