It’s Tuesday, October 30, and Trump tried to take our climate goals away from us. But the joke is on him. 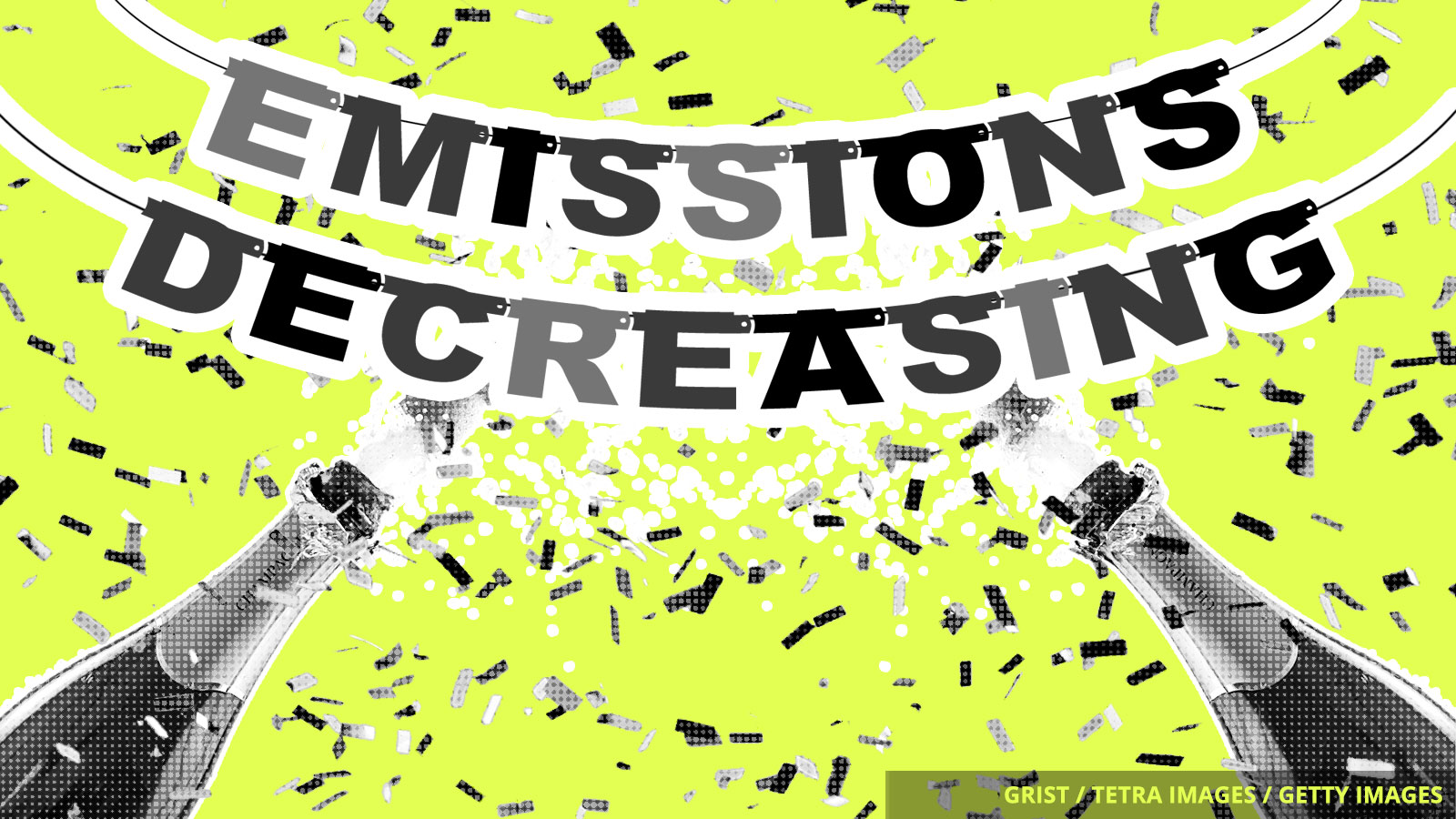 President Trump famously decided to scrap the Clean Power Plan shortly after setting up shop in the West Wing. But, guess what? The United States is still on track to hit the goals outlined by President Obama when he started the ball rolling on the plan.

The Energy Information Administration laid the good news on us yesterday: Power sector carbon emissions have fallen 28 percent since 2005, thanks to renewables, natural gas, and the rapid downfall of coal. A decrease in energy demand also played a major role. Emissions from America’s power sector haven’t been this low since 1987 — the same year that The Simpsons first made an appearance on T.V. Obama’s Clean Power Plan was aimed at getting our emissions down 32 percent by 2030, which means we are wayyy ahead of schedule.

Here’s the bad news: This is just a trend, and trends can change. “The bottom line is we’re on a downward trend, and that’s a good thing,” Kenneth Kimmell, the president of the Union of Concerned Scientists, told Earther. “It also shows we could do a lot more.” That’s where Obama’s Clean Power Plan came in handy — it would have made sure we stuck to our low emissions commitments and kept them sharp.

But take heart. Cities and states are stepping in where the Trump administration is stepping back, setting their own emissions targets and continuing the acceleration toward a low-carbon grid. Are we still hurtling toward a Mad Max global warming scenario? You bet. Should we keep celebrating the small and medium-sized victories? Absolutely.

The World Health Organization estimates that air pollution is killing 600,000 children every year around the world. Air pollution doesn’t just cause respiratory damage: It can have far-reaching effects, from obesity to loss of intelligence. The authors of the new WHO report suggest lobbying politicians to clean up the environment.

In half a century, humanity has wiped out 60 percent of mammals, birds, fish, and reptiles. A new report from the World Wildlife Foundation and 59 of the world’s top scientists found that the largest cause of this population loss is the destruction of natural habitats. But it’s also bad news for us humans. Animals are critical for regulating “the earth’s climate, pollution, pollination and floods,” environmental scientist Bob Watson told the Guardian.

Yes, bitcoin is an energy hog. New research in the journal Nature Climate Change suggests that bitcoin could single-handedly compromise the world’s efforts to limit global warming to 2 degrees C. What to do? Shifting to more renewable energy sources and different methods of bitcoin mining could help lower Bitcoin’s carbon emissions.

These states have some standards