It’s Tuesday, April 16, and Elizabeth Warren is out with a public lands proposal that looks similar to the Green New Deal. 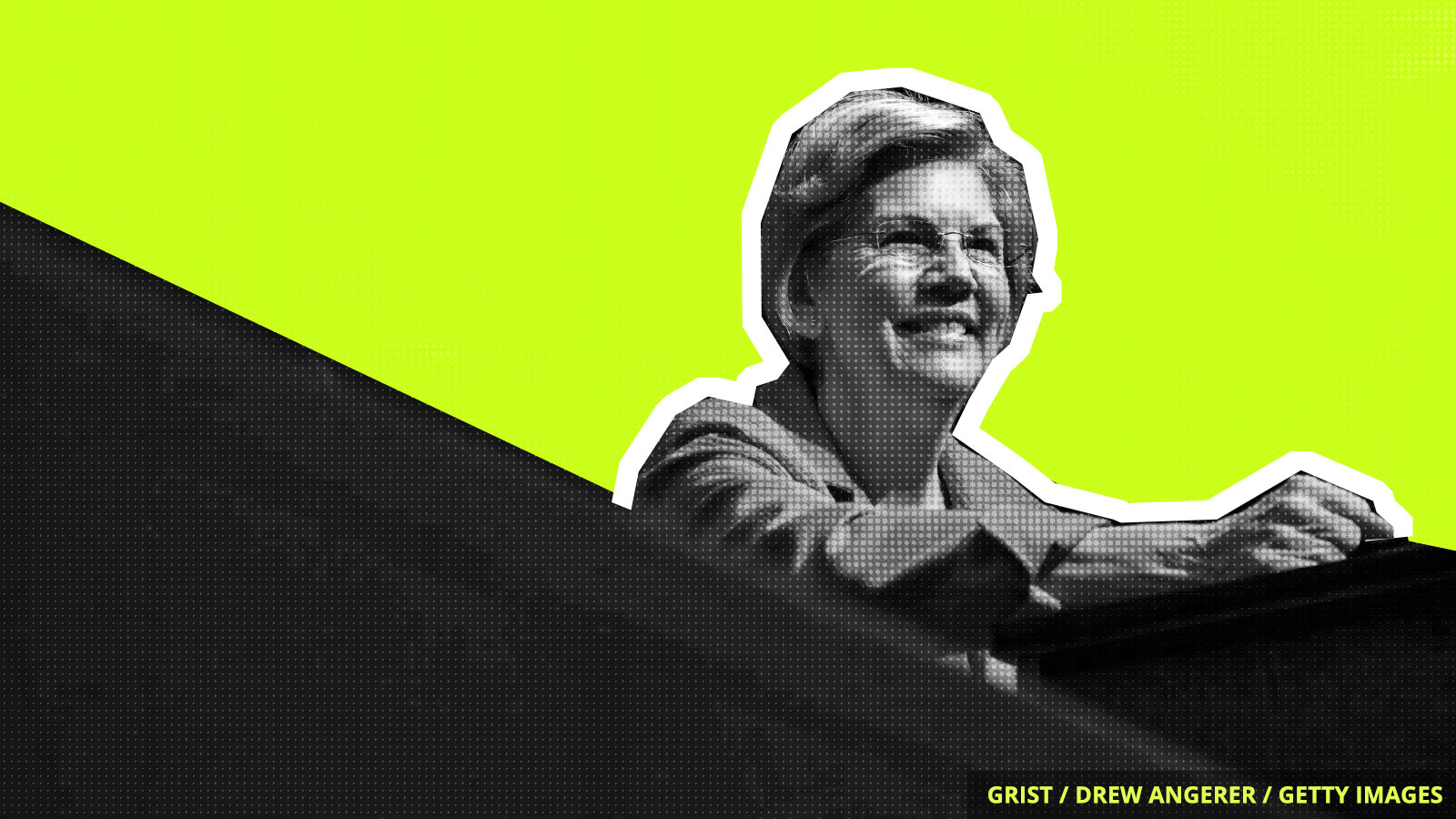 On Monday, Warren released a proposal that promises, among other things, an executive ban on new offshore leases and drilling on government-owned lands on her first day in office. It marks her sixth policy plan in three and a half months, and is one of the primary field’s first climate proposals that touches on the themes laid out in the Green New Deal.

Warren’s proposal includes free access to national parks for American citizens and pledges to restore protections to national monuments like Bears Ears that were rolled back by the Trump administration. And her plan includes a 21st Century Civilian Conservation Corps, which, as she describes it, “will create job opportunities for thousands of young Americans caring for our natural resources and public lands.”

The centerpiece of the larger proposal is two-pronged: a moratorium on new drilling on federal lands with “a goal of providing 10% of [the nation’s] overall electricity generation from renewable sources offshore or on public lands.” Her idea effectively swaps oil and gas for renewable energy projects on public lands.

Warren’s public lands proposal contains seeds of what could grow into a full-fledged Green New Deal if the senator manages to clinch the presidency next year. Regardless of where she ends up, her plan is ambitious enough that her fellow 2020 contenders will likely feel the need to produce their own climate and environment proposals lickity-split.

More than 100 people were arrested in London last night for protesting the U.K.’s response (or lack thereof) to climate change. Police arrested even more protesters today near Waterloo Bridge. The activists are with Extinction Rebellion, a group that has been organizing climate protests in Europe. Organizers plan on staging 80 demonstrations in 33 countries in the coming days, the Guardian reports.

Trump’s appointees tend to get entangled in scandal rapidly — remember Scott Pruitt? — but this must be some kind of record. It took less than a week for the Department of the Interior to open up an investigation into its newly confirmed chief, David Bernhardt. The New York Times reports that the former oil lobbyist is under investigation for his conduct around advancing Trump’s energy agenda and his connections to previous clients.

New research shows that climate change played a role in the record-breaking volume of rainfall that Puerto Rico received in 2017 when Hurricane Maria hit. The study, published in the journal Geophysical Research Letters, found that the storm was the wettest to hit the island in 60 years. The research was the first in-depth look at how climate change influenced the hurricane’s catastrophic rainfall.