It’s Monday, April 15, and scientists say we should listen to the kids when it comes to climate. 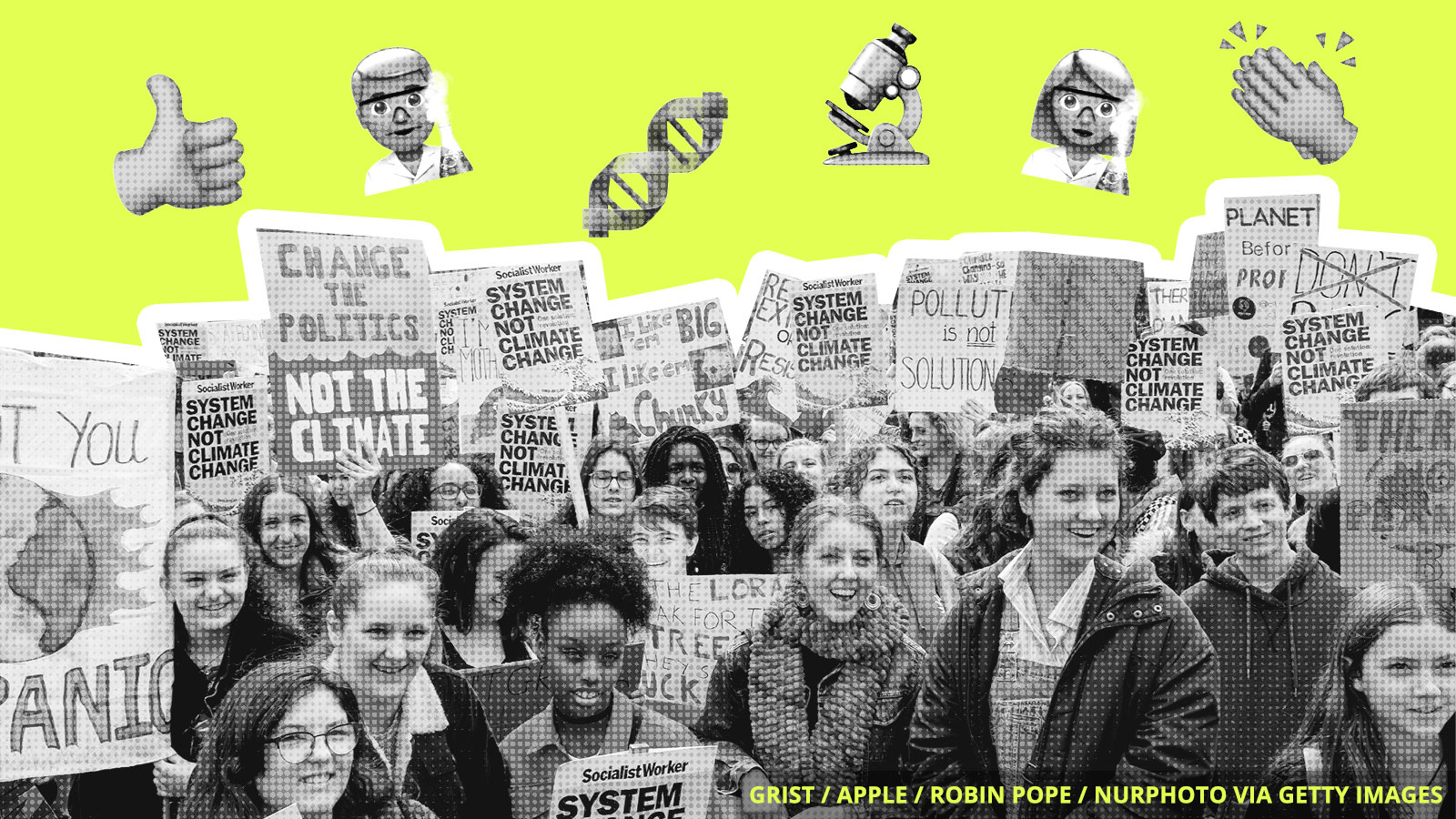 Gen Z-ers are wasting no time letting the world know that climate change is at the top of their agenda. And they’re hardly alone: Thousands of scientists signed an open letter backing the myriad youth-led climate protests now taking place around the world every week.

More than 4,500 scientists signed the letter, recently published in Science. In it, researchers called the battle to stop warming brought on by carbon emissions a “social, ethical, and scholarly responsibility.” Both these scientists and young protesters call the global community’s current measures to curb emissions “inadequate” for guaranteeing human survival. And it’s the young who stand to suffer most.

“Without bold and focused action, their future is in critical danger,” the letter said. “There is no time to wait until they are in power.”

Just last month, 1.4 million young people in 123 countries mobilized via social media and word of mouth then walked out of their classrooms and into the streets to protest their governments’ failure to take steps to avoid the worst catastrophes brought on by climate change.

It’s clear the kids are all right. And here’s hoping the scientific community’s backing further emboldens them.

In 2015, the EPA estimated about 570,000 tons of methane, a more potent greenhouse gas than CO2, were being emitted annually across New Mexico. But last week, the Environmental Defense Fund came out with new evidence that emissions in the state are much, much worse. New Mexico is producing a million metric tons of methane, according to the EDF, mostly from the gas-rich Permian Basin.

Coal may be on life support, but it’s not going out quietly. An Indiana-based nonprofit called the Energy Policy Network is hiring local coal lobbyists to advocate for the dirty energy at the state level. The group is also doing its darndest to oppose new wind power projects in Indiana, allotting $175,000 to the counter-effort.

Brazilian President Jair Bolsonaro, the so-called “Trump of the Tropics” who plans to ramp up Amazonian deforestation efforts, is being honored next month at the American Museum of Natural History. Yes, you read that right. Every year, the Brazilian-American Chamber of Commerce hosts a gala celebrating the economic ties between the two countries, including highlighting two guests of honor. The organization is using the conservation-conscious museum as a venue, though the Gothamist reports the museum was not informed that Bolsonaro would be one of the honorees at the time of booking.

The City That Never Sleeps (on its climate dreams)