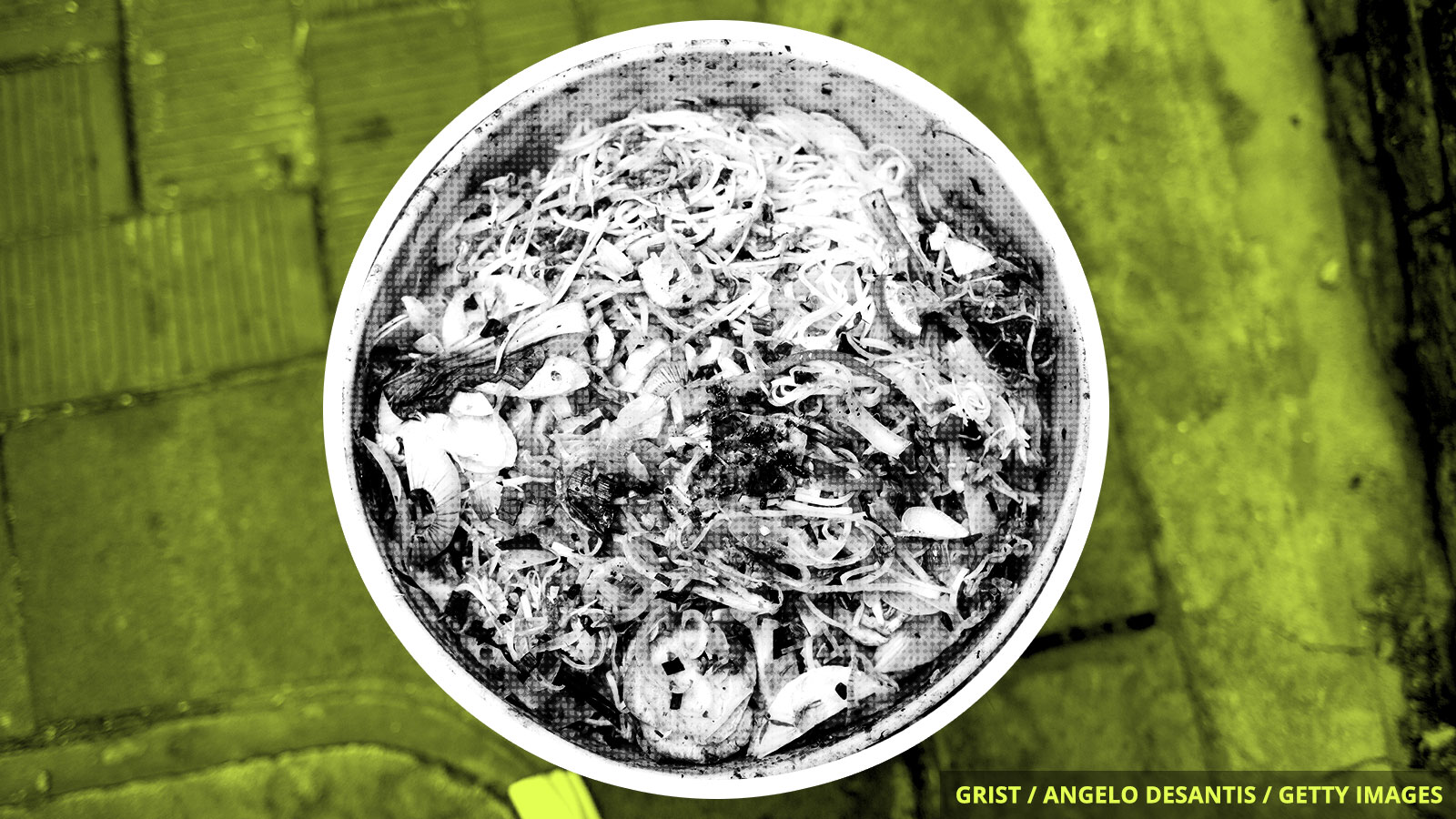 Americans lead the world in wasting food. We toss some 40 percent of the food we buy — 150,000 tons of food a day. Unless it’s composted, food that goes in the garbage ends up in a landfill, and landfills are responsible for 34 percent of U.S. methane emissions — a greenhouse gas many times more potent than CO2.

It doesn’t have to be this way. South Korea, for instance, runs one of the most effective efforts on the planet to reduce food waste. The country now recycles 95 percent of its food scraps, a huge jump from the 2 percent it recycled back in 1995. Seoul, the capital, alone has slashed its daily output of food waste by 400 metric tons per day.

How did South Korea do it? The government banned the transportation of food to landfills in 2005, then banned the practice of dumping garbage juice into the sea in 2013. What’s garbage juice, you ask? It’s the liquid squeezed out of garbage bags. It’s also the name of a juice bar I plan to open in Brooklyn if this whole journalism thing doesn’t work out.

That same year, Seoul passed a law requiring residents to dispose of their food garbage in biodegradable baggies. By making people purchase the bags from the local stores or supermarkets, the city essentially created a garbage tax, which incentivizes people to waste less. Pretty nifty!

If the U.S. Congress put a pay-as-you-waste fee in place, maybe even Americans would stop throwing away perfectly good tiramisu just because it had a little hair on it.

The world’s glaciers are melting away, and climate change is to blame. A new, comprehensive study of glaciers around the planet shows that they are melting 18 percent faster today than scientists reckoned they would be back in 2013. To put it in multigenerational terms: That’s five times faster than glaciers were disappearing in the 1960s.

Does Amazon have a climate change problem? I’m talking about the company, not the rainforest (although that one’s in trouble, too). A Gizmodo investigation found that Amazon has not only lapsed on its recent renewable energy promises, but is now courting Big Oil “aggressively.” Yet another reason to reconsider buying your sundries from our tech overlords.

News flash: There’s more evidence pollution isn’t great for kids. A new study of kids in New York found that young’uns who live near big roads lag behind their peers in their communication, socialization, and learning areas of child development.