It’s Monday, April 8, and the Navajo Nation is saying bye-bye to coal. 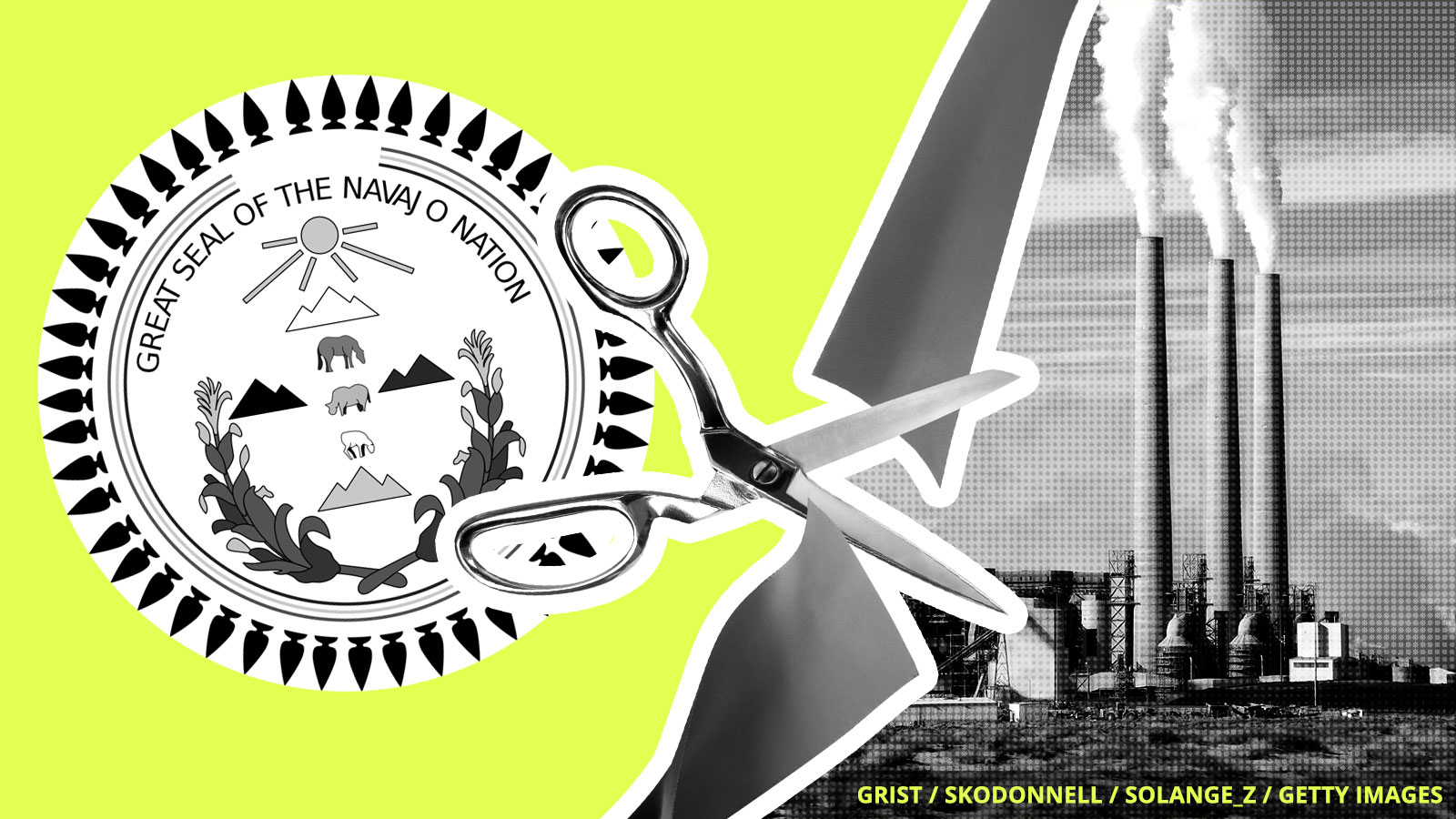 For almost an entire century, coal has been a lynchpin of the Navajo economy. But after a series of coal plant closures, the tribe is now looking at more eco-friendly options.

Take the Navajo Generating Station, where three generations of Navajo have worked for the West’s largest coal-fired power plant. When the plant’s owner announced that the station would shutter at the end of the year, the Navajo Nation scrambled to find a buyer and considered purchasing the plant. Last month, the tribe saw the writing on the wall: The Navajo Council passed a historic new piece of legislation last month marking the end of the tribe’s coal-dependent era.

The bill would establish a transition task force to provide recommendations regarding replacement revenues for those lost from the coal industry, as well as assistance to displaced workers. Plus, it stresses the tribe’s commitment to investing in more sustainable sources of revenue and renewable energy. (And that’s no small potatoes: The Navajo Nation is the second largest native tribe in America by population.)

“It starts with embracing change,” Navajo President Jonathan Nez told NPR. Ultimately, Nez said, the tribe has to think about cleaner jobs and a cleaner environment for its children and grandchildren.

The Midwest is still recovering from a deluge brought on by the “bomb cyclone,” a mega blizzard that hit the region three weeks ago. Batten down the hatches, Midwesterners, because forecasters say another bomb cyclone is en route. It will deliver a one-two punch of snow and rain to the region this week, dumping 6 inches of snow across parts of north-central Plain States and the Upper Midwest through Friday.

Hurricane Idai hit southern Africa on March 14, but the death toll is still rising and hundreds of thousands of people in Mozambique, Zimbabwe, and Malawi still need aid. At last count, 847 people have died of storm-related causes, 1,641 have been injured, and officials have confirmed 2,424 cases of cholera. In all, the storm affected 1.85 million.

Is the Trump administration “willfully withholding” information about its proposal to roll back emissions standards for vehicles? California Attorney General Xavier Becerra aims to find out. He just filed a lawsuit in the U.S. District Court in Washington, D.C., arguing that the EPA and the National Highway Traffic Safety Administration have failed to cough up stats backing up Trump’s rollback plan.